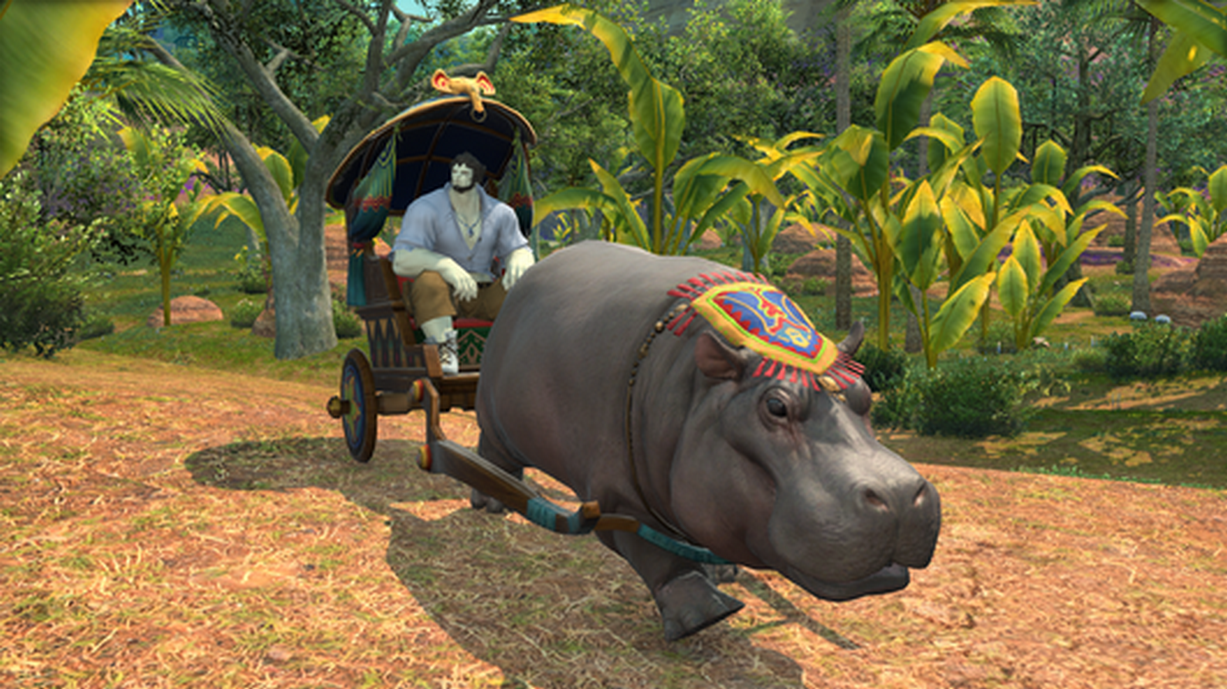 Final Fantasy XIV’s Patch 6.15 has introduced the first beast tribe from the Endwalker expansion. The Arkasodaras have brought much help to the Scions in bringing back the peace in Eorzea.

And now, players can complete various tasks to give back to Thavnair’s tribe. The next one to come will likely be the Loporrits, but Square Enix has yet to reveal a release window for this beast tribe.

Meanwhile, players can build up their reputation by completing up to six daily quests per tribe a day. It’ll give access to exclusive rewards while giving decent XP.

Here is how to get the Hippo Cart mount in FFXIV.

How to get the Hippo Cart mount

There’s only one method to unlocking the Hippo mount. You’ll have to buy it in the tribe-specific shop, but it won’t be available straight away.

The Hippo mount will only appear in the shop when you’ve reached a decent level of reputation with the tribe. Once you’ve got to that point, you’ll have to spend a certain amount of tribe-specific currency to buy and unlock it.

It will take you weeks to get the mount because you only can complete six tasks a day. As such, you are required to wait for the daily reset before being able to gain more reputation points with the tribe.

The tribe mounts are usually the last items you unlock from the beast tribe shop, so be patient.