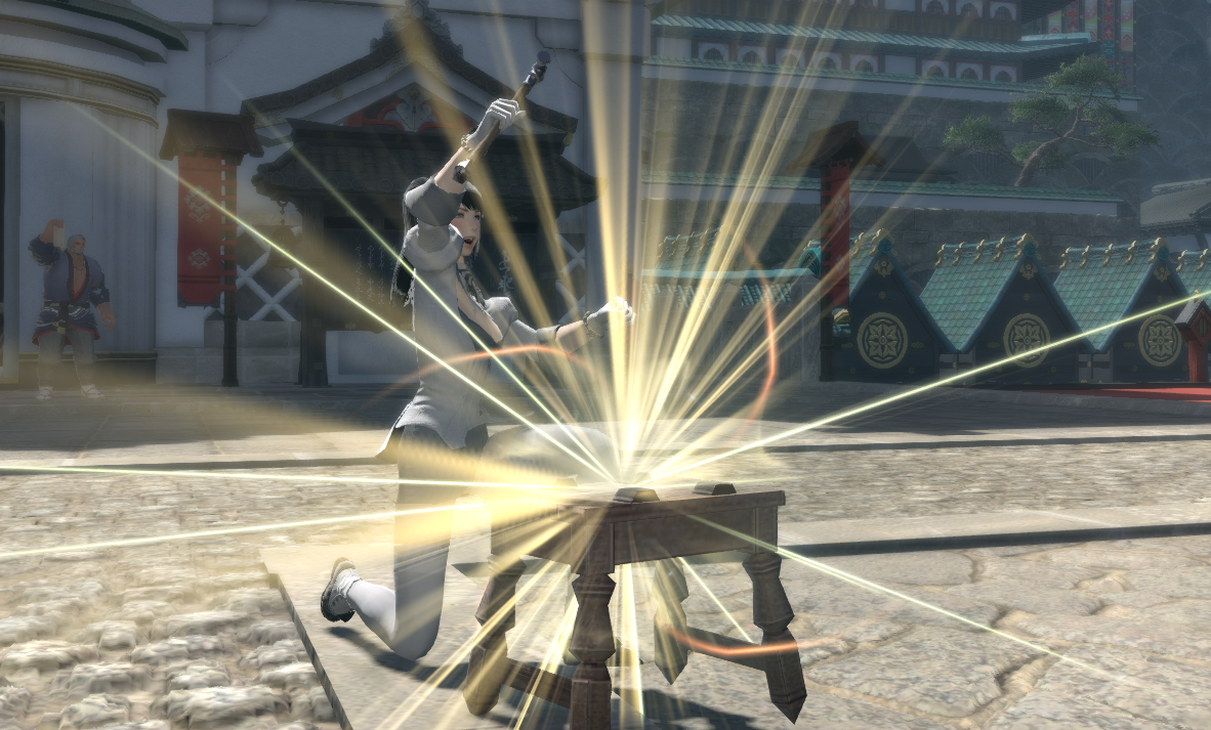 With the release of Final Fantasy XIV’s latest expansion, Endwalker, all level caps were raised to 90 instead of 80.

In addition to new combat levels to grind, crafting and gathering jobs will also have new levels and abilities. Each new map will offer new resources to craft and new recipes to learn, but there’s still a lot that’s yet to be introduced in terms of post-expansion content.

If you want to be ready for that upcoming content, or sell items for some sweet gil while the prices are up, here’s the fastest way to reach level 90 on crafting and gathering jobs.

Before introducing the common ways of fast leveling that already existed in the game, let’s introduce the new features brought by Endwalker that you should unlock and complete.

One of the best ways to level your crafting and gathering jobs are Levequests—and Endwalker has a whole new set of them to offer in Old Sharlayan. They can be unlocked in the city’s docks soon after unlocking the expansion, so you’ll be able to start the grind pretty quickly.

Here’s a guide created by The Balance community to keep track of the materials required and amounts of XP rewarded. It’ll also give you bonus XP when you complete the challenge logs, which reset every week.

It’s better to start the Levequests as gathering jobs to start piling up the new materials, which will certainly be of use to you for the crafters’ quests later on.

Contrary to previous Delivery systems, which worked on whatever job you were leveling up, they’ve been divided into five categories in Endwalker. Each category features a set of quests to unlock, with significant XP offered at each cap.

It’s recommended to unlock them as soon as possible and complete them when you reach each level cap to get the most XP in proportion to your level.

The Studium Deliveries can be unlocked and completed in Old Sharlayan’s Studium (X: 4.0, Y: 9.4) once you’ve reached level 82 and have completed the quests called Sound the Bell, School’s In, and Inscrutable Tastes. Then, you’ll have to redeem seven copies of the same item to move on to the next quest.

To farm while earning useful scrips, you can also unlock the Radz-at-Han collectables and deliver them to the Appraiser. If you’ve reached the Main Scenario Quest where you come back to the city, you’ll be able to unlock them in the Bazaar.

In addition to those two methods adjusted in Endwalker, there’s the usual way of the Ishgard’s Restoration. But after level 80, it’s not that time efficient because it doesn’t give enough XP anymore.

The only method that’s left is Custom Deliveries from previous expansions. They’re quick to do and to hand in, so it’s worth the little investment you’ll put in it.