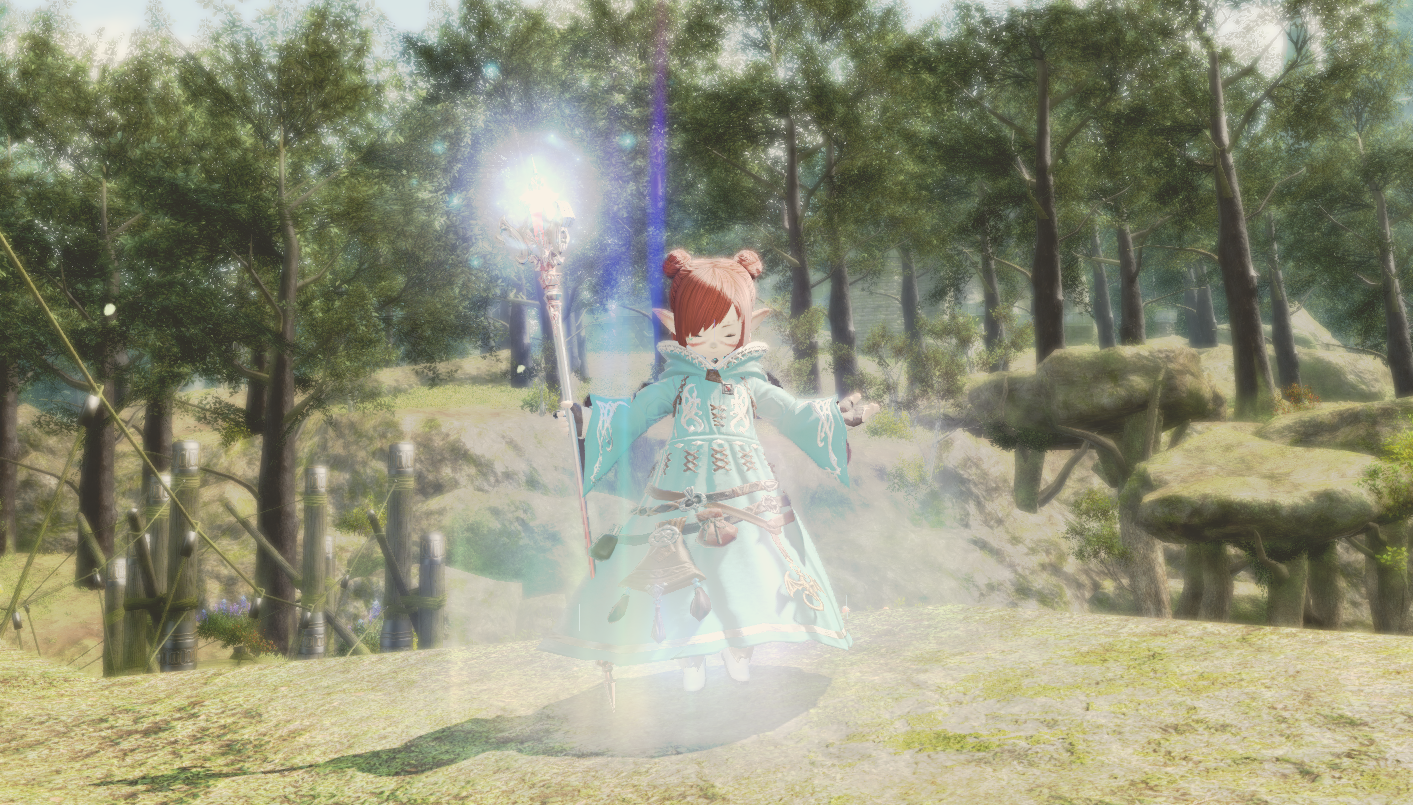 Not all jobs are on the same level in Final Fantasy XIV‘s meta. Contrary to some other multiplayer games, however, all combat jobs are viable and can be played in high level duties without being frowned upon by other players.

While some jobs can heal more, others provide damage buffs or shields, each offering specific strengths to their team. The strongest jobs are, ultimately, the ones with which the players are most comfortable.

If you’re still undecided on which healer job to main, here are the best healer jobs in FFXIV.

Healer jobs are divided in two categories: barrier and regeneration healers. While regeneration healers rely mainly on healing over time to top off their allies, barrier healers must anticipate the enemies’ attacks by applying shields on their allies before the incoming damage hits. One of each category are required in high-end content, so we’ll list them accordingly.

The White Mage has all the tools a healer can dream of, and it has the potential to solo heal a party while resurrecting players without using a single point of mana. It has several tools to avoid using mana such as Thin Air and Lily stacks, as well as some off-cooldown burst heals like Benediction, which restores all health of the target without any cost.

Healing skills using Lily stacks are instant and charge up the Blood Lily, a resource that is used for a strong attack called Afflatus Misery with a 900 potency. With all those OGCD and instant abilities, the White Mage can move freely in combat, which makes it easier to play in high-end duties, where mobility is key.

The Astrologian can be more intimidating that the White Mage, because they use cards to apply buffs on their allies and themselves, on top of numerous healing skills. They can draw cards and form sequences of symbols to apply up to three buffs to a target, the whole party, and themselves.

The cards are divided in two colors, which changes the buff’s parameters. While a purple card is best used on ranged players, the green cards apply a stronger buff to melee jobs. That’s why the Astrologian must have good knowledge of the game in general to be mastered.

While it was a barrier healer for years, the Astrologian was targeted by major changes with the latest Endwalker expansion and became a regeneration healer with a revamped card system. Now, it doesn’t have to optimize the cards as much as before and gets solo buffs on mana regeneration, DPS, and cast time, on top of buffs for allies using cards and the whole party with Meditation. The job can be challenging to master, but it’s also rewarding and the card mechanics are unique to this job in FFXIV.

Which job is stronger?

On the other hand, Astrologian is harder to master, so the beginners will be more comfortable on the White Mage. It also has more potential to save the team when things go awry due to its massive mana potential and burst heal, so it has more potential in all other kinds of content in FFXIV.

The Scholar use a fairy to help them top their allies off. They’re an evolution of the Arcanist job that can be unlocked at level 30, which can also give access to the Summoner, the combat version of pet master. The Scholar’s fairy can’t be directly controlled, but the healer can choose a specific pattern for her to follow.

The Scholar can look intimidating at first, and some play time is required to get used to its abilities. But once mastered, it’s a rewarding job. The Scholar features a fast-paced playstyle with many off-cooldown abilities and high-damage windows, when the fairy’s heal is enough for the team to survive. On top of mana, the healer uses Aetherflow stacks, which enables them to use their most powerful abilities. When mastered, it has everything the team could ask for, but it’s not particularly beginner-friendly.

The Sage is the latest healer job released alongside Endwalker. For this reason, it begins at level 80 and can be challenging to pick up due to its important number of abilities right at the start. Fortunately, the job quests aim to help beginner Sages to get acquainted with its playstyle, so it’ll be important to complete them.

The Sage is another aggressive barrier healer, using arithmetic to enhance its power and damage opponents using Phlegma and Toxikon. The Sage is quite similar to the Scholar in terms of playstyle but differs in aesthetic and effects. It has plenty of shields to offer and buffs the main tank with the Kardia ability, granting more shields and healing to them.

The Sage also uses stacks on top of mana as resources, some for healing and others to deal damage. Those stacks regenerate automatically or are granted due to a certain number of damage dealt, while the Scholar has to use abilities to unlock the stacks.

Which one is the strongest?

While the White Mage and Astrologian boast distinct strengths, the Scholar and Sage are more similar. Both are completely viable in all kinds of content in FFXIV, and it’s hard to determine which job has more potential even in high-end duties, since their healing and DPS outputs are similar among the top players, according to FFLogs. Since barrier healers are not easy to pick up at this level in general, the strongest one is ultimately the one players are the most comfortable with.