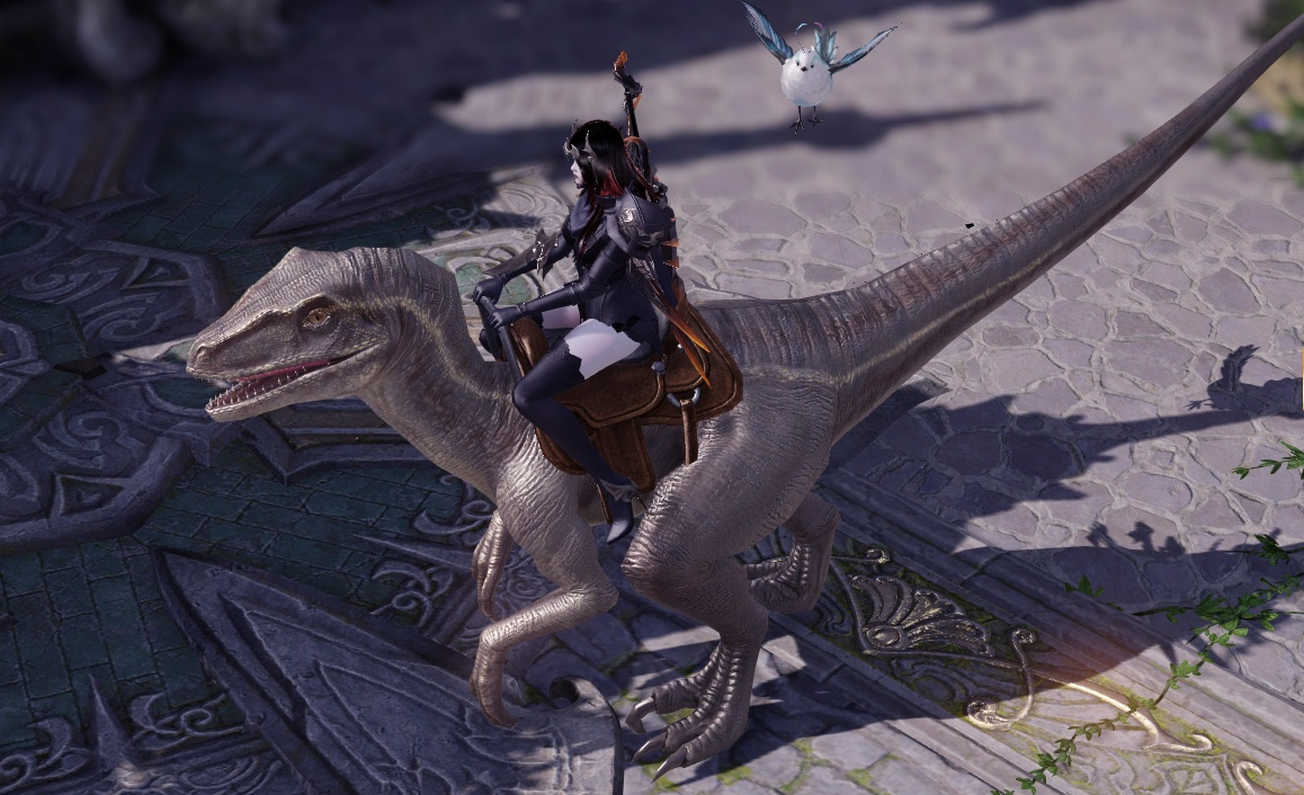 Several years after its initial release in South Korea, Lost Ark has finally come to the West, bringing tons of content to discover and test out.

The MMO fans will be thrilled to see that there are plenty of ways to travel faster in the never-ending lands of Arkesia, and mounts are one of them. Most of the mounts have the same speed, but others have a slightly higher speed with 450 instead of 420.

Most of the fastest mounts aren’t free. If you have a lot of gold stored in your account, however, you can still buy those in the Auction House, when players who bought them for Royal Crystals sell them.

Keep in mind that all of the mounts have yet to be officially discovered, as well as the precise ways to unlock them. Here are all the free mounts discovered in Lost Ark and how to unlock them.

All mounts and how to get them

Every player who has completed the prologue has this mount for whatever kind of horse they chose between white, black, and brown. It’s the base mount offered to the players when they arrive in Prideholme, the first city in the game. By pressing the Space bar, you can make the horse jump, increasing its speed for a short time.

This mount is offered to all the players who log in to the game at least once before March 2. They can choose between the white and black versions. It’s a cool mount, especially since it flies when pressing the Space bar to have a speed boost.

The Raptor was released in April as a reward for players who own a subscription to the Prime Gaming service. Here is how to claim it.

Most of the secondary quests were ignored by players who only aimed to reach level 50, and there’s nothing much to convince them to complete them. But the one that rewards the Cloud Steed is among those who are worth completing.

The quest to take is called A Dying Horse. It’ll bring the players to complete The Mane of the Azure Wind, which will reward the mount upon completion. It’s located in the Azure Wind Island, at the East of Rohendel.

This mount is bound to become more valuable over time, as it’s time-limited. The mount was created to celebrate the launch of Lost Ark in the West. The fans can get it before March 2 by watching livestreams of the game on Twitch.

This mount is a drop unlocked after four hours of watching a broadcast with this particular drop enabled. Look for the eligible channels and your status on the Campaigns tab.

This mount makes an electrical sound whenever it’s summoned and the players can activate a speed boost by maintaining the Q hotkey.

You might already have spotted players with this mount, also called “chicken mount,” and it’s one of the most recognizable ones in the game right now.

You need an average item level of 460 and to progress through your Rohendel questline, after Shushire and Vern. You will naturally earn the reward for completing one of the main quests.

This other horse can be claimed upon reaching 40 percent completion of the Adventurer’s Tome from the East Luterra region. To do this, press N and select the region’s tab. Then you need to press Claim.

This mount, which has quite a unique look, can be claimed upon reaching 30 percent completion of the North Vern continent. Generally, the players will access this region upon reaching level 50.

The Frost Wolf is another mount the players will unlock naturally during their journey. It’ll be rewarded for completing a main quest, which will be unlocked after reaching level 50 in the Shushire region. So you’ll have to be patient.

The Shadow Wolf mount is the black version of the Frost Wolf. It can be unlocked by increasing the level of rapport with the NPC Poppy, located in the Icewing Heights, Shushire. He’s currently the only NPC who rewards a mount for reaching a high level of Rapport with him.

The Red Mane Wolf is a random loot from Chaos Dungeons in gold portals. There is no secret to get it: you have to farm those dungeons and hope for the best. It’s still unclear what its drop rates are, though. As for the rest of the loot, you’ll get more chances of getting it when completing them solo.

It can loot in all Tier One Chaos Dungeon, as players have reported unlocking it in all of them, but it’s still unclear if it’s part of the loot for the other Tiers as well.

The Ladybug mount is unlocked by following the main quests. You’ll naturally unlock it during your journey, but be careful: you won’t be able to use it in most of the game’s areas, because it has the size of a real ladybug. You can choose its color when unlocking it, and you won’t be able to unlock both other ones.

To get this other insect mount, you need to complete the Adventurer’s Tome of one region. It’ll reward you a token that can be traded for this mount. It will take time to do it since you have to slay monsters, but you will also get rare and epic collectibles that can only be unlocked as random loot from monsters of the region.

This mount is beginning to get popular. It’s a long process to get it, but the quest linked to it also gives a lot of silver and various other rewards, so it can be worth completing it.

You need to reach level 50 to begin the quest. It’s located on the Turtle Island, located to the West of Anikka. To get there fast, you can buy a trip to the Port City Changhun and sail manually to the Island. Head to the purple exclamation point and follow the steps of the lengthy questline.

Once you’re done, head to the Vern Castle and go speak to the Luxury Goods Merchant on the South end of the city. He’ll offer you a mount in exchange for the reward you received for completing the questline.

This mount was free, but can’t be obtained anymore. It was a free gift offered upon logging in to celebrate Lost Ark‘s Western launch. The players could choose one color variation for all of their characters.

This article will be updated when more mounts are discovered or added to Lost Ark.