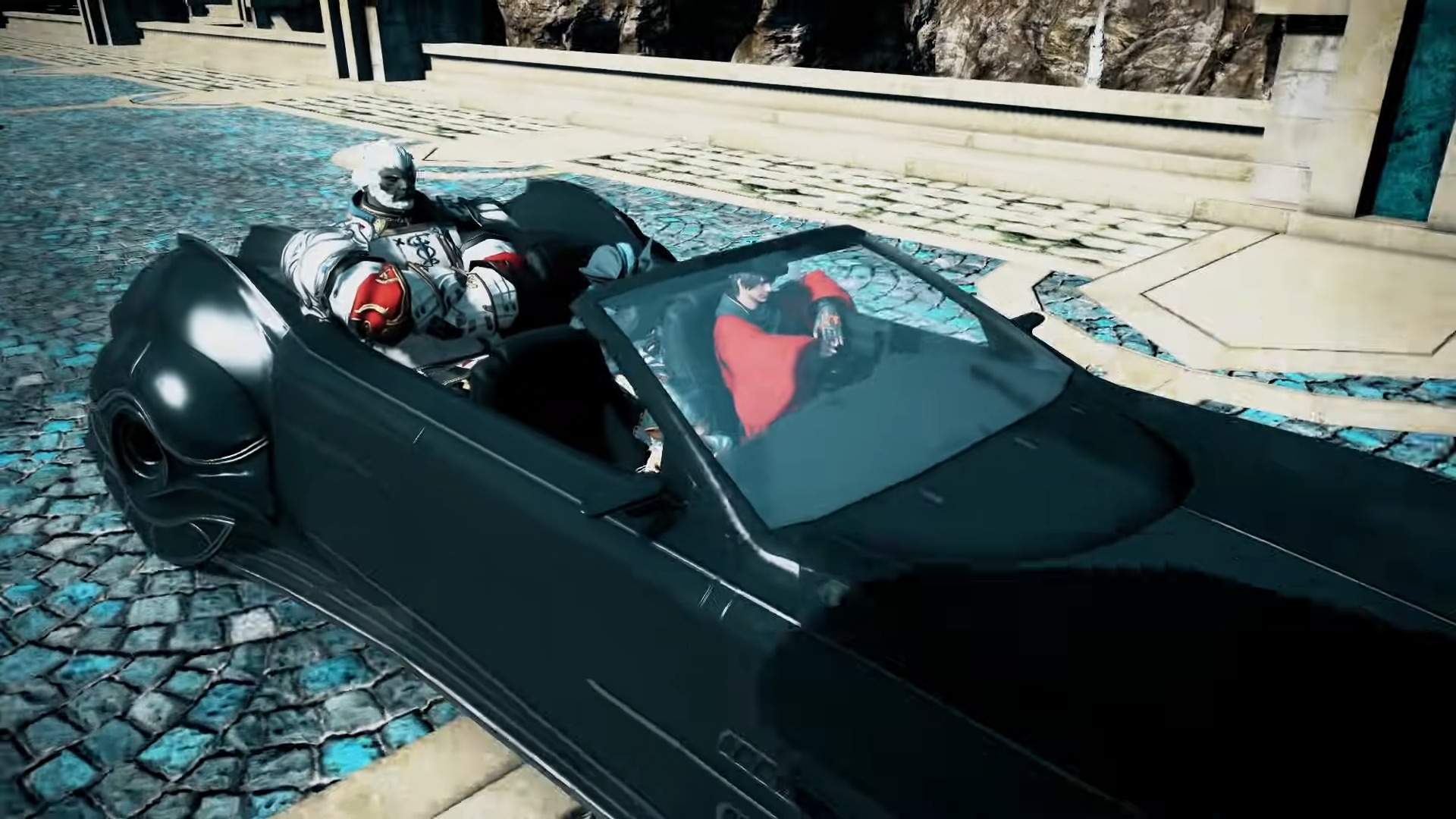 Final Fantasy XIV players are in for a treat. Fan-favorite event, A Nocturne for Heroes has returned to Square Enix’s MMO game.

The crossover event features the protagonist Noctis from Final Fantasy XV, who has landed in the world of Eorzea and needs help to get back to his universe. On top of this story, returning and exclusive cosmetic items are up for grabs for a limited time, including an outfit, several orchestrion rolls and other items. Players who already completed the event can also play the story again.

The main highlight of the event is the Regalia-G mount, a fancy black car that can carry up to four players. It’s very popular and only returns alongside this event. It can be purchased for 200,000 Manderville Gold Saucer Points (MGP). Even if it can appear expensive, it will be easy to gather that amount in the five-week span of the event.

Related: How to get the Regalia Type-G mount on Final Fantasy XIV

The other items can be traded to the Gold Saucer’s Ironworks Hand too, but for unidentified pieces of Magitek parts, which are earned upon completion of the FATE “Like Clockwork” located in Central Thanalan (27 ; 21).

The event can be started by speaking to Kipih Jakkya in Ul’dah’s Steps of Nald, the same NPC for The Rising event, to begin the quest line called The Man in Black. It won’t be available to new players, however, since they must reach at least level 50 to begin the quest, and complete all A Realm Reborn‘s main scenario quests.

All the details can be found on the official dedicated page of the event.

The Nocturne For Heroes event has already started and will end Oct. 18 at 9.59am CT, leaving plenty of time for players to complete it and unlock its content.