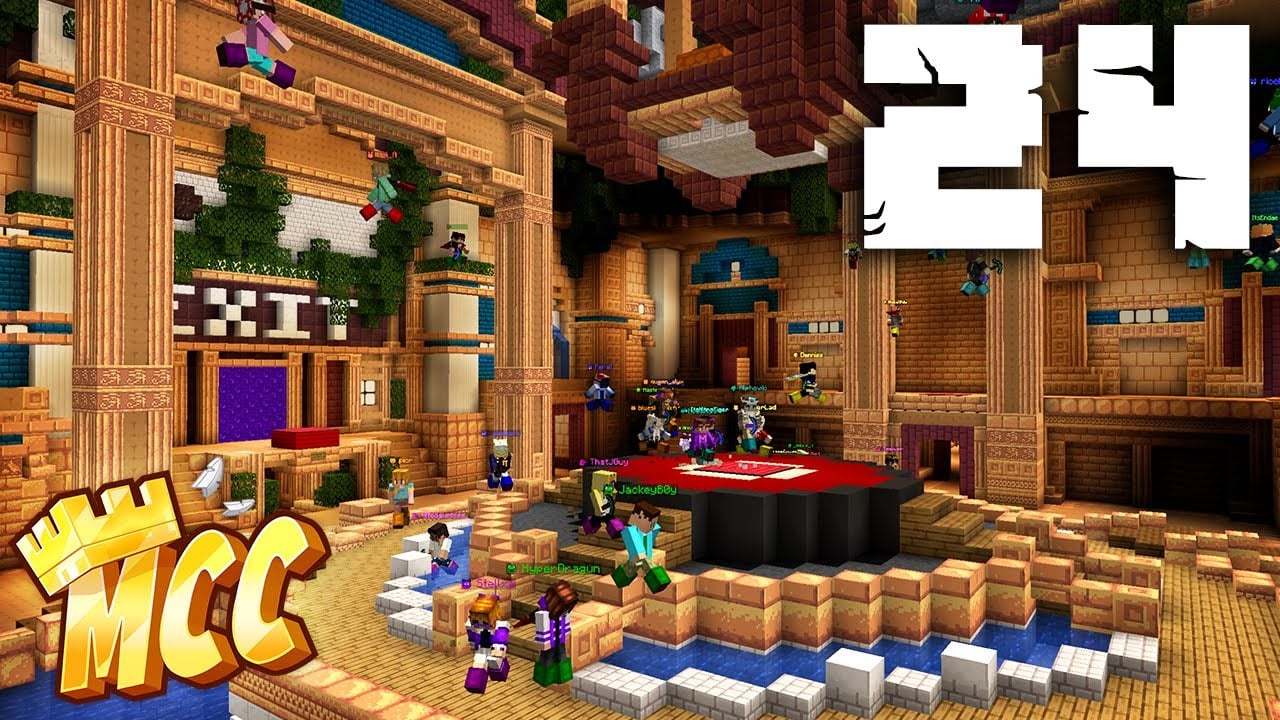 The 24th installment of the MC Championships (MCC) will take place over about two hours on Aug. 20, 2022. This Minecraft tournament will feature 10 unique team compositions of four creators each, crafted as usual by Smajor, as they compete in eight mini-games created by Noxcrew.

Whichever two teams score the most coins across the combined mini-games will move on to the finale Dodgebolt duel. This duel takes place with bows and arrows in a small arena, with the other eight teams looking on as the top two try to secure victory by eliminating the opposing team three times.

MCC 24 is a canonical installment of the Minecraft tournament, which means it will run regularly, and all scores will count towards players’ overall wins and achievements. Sometimes MCC has special non-canonical events, such as MCC Pride or MCC All-Stars, where the scores and victories are pushed to the side in favor of instances like an important cause or fun but the unbalanced variation of the tournament.

Although this remix is in the pool of games, it will only be played if it is chosen by the 10 teams competing in MCC 24. Big Sales at Build Mart is one of MCC’s most divisive and controversial games, with many creators and fans strongly despising it while others greatly enjoy it.

Fans hoping to stay up to date with how their favorite creators are doing throughout the tournament and which teams are scoring big in each game can keep up with all information about the event below. Scores will continuously be updated across MCC 24 as games are selected by the teams in the Decision Dome and played shortly after.

The first game of MCC 24 was Meltdown, a fairly new game to the MCC universe. Meltdown features three fairly quick Battle Royale rounds where players must navigate a consistently melting map while trying to collect gold and eliminate their enemies. The only weapon players have at their disposal is a bow to freeze foes, and teamwork is an essential aspect of gameplay, as you can only unfreeze players with heaters that they or their teammates place down.

The second game in the 24th installment of MCC was the special Big Sales at Build Mart remix. This remix featured a crossover between regular Build Mart and another MCC game called Sands of Time. While gathering materials to build, players were consistently faced with enemies trying to attack them as they navigated the complex map and dungeons in Sands of Time.

MCC 24’s third game was Rocket Spleef Rush, which is a game where the main goal is to survive for as long as possible while soaring through the air indefinitely with an elytra and a rocket launcher. Players must navigate through the sky on a series of floating platforms that disintegrate over time and may also try to eliminate their opponents. Players who survive longer earn far more points.

The fourth game of MCC 24 was Sky Battle, which is an epic battle between all teams that takes place on a map in the sky with a constantly shrinking border which forces teams to steadily move towards the center. Fans familiar with the popular Minecraft game Sky Wars probably have a solid idea of what this game is. Points are earned for surviving and eliminating opposing teams across the course of three separate rounds.

The game chosen by the audience blackout on Twitter to be MCC 24’s fifth game was Battle Box. It was the game with the fewest votes and thus was the one chosen to be the next one played.

Battle Box is a player-vs-player game that awards players for eliminating the opposing teams. There are nine rounds in total and each team faces off against one other team during each round. In addition to eliminating opposing teams, players also must try to capture the center of the map and fill it in with their team’s color of wool.

The sixth game in MCC 24 was Ace Race, which is a three-lap race that players must complete as quickly as possible. Players are given elytra and tridents at certain points to navigate the map’s unique terrain, and may also gain time with special shortcuts and jump boosts. The map for Ace Race is also changed on a fairly regular basis for the event to give players a new challenge.

During MCC 24, Ace Race was played twice. Many players disconnected during the first run, supposedly around 10 players in total, so Noxcrew decided to run the mini-game again.

Redoing Ace Race was a controversial decision among the players as many have disconnected before and games have not been replayed, but Noxcrew felt it was the fairest choice and went ahead with the redo anyways. The scores for the first run of Ace Race are as follows, but the second run will be the one that is officially counted.

Many felt that the decision was unfair, as many players who did extremely well the first time were thrown off by having to run the race again and did much worse. There was no real way to make it entirely fair for everyone, although some players suggested alternatives such as removing the scores from the game entirely and playing a different game instead, or that the best time each player got between the two runs should have been the one counted.

In the end, the scores for the second run are the ones that Noxcrew decided to count for both the player’s and the team’s totals. The second run of Ace Race had drastically different places for all teams.

After all the controversy that came with the sixth game, the tournament moved forward to the seventh one, which was Hole in the Wall. Hole in the Wall is a game where all players are on one small platform and must navigate through a series of puzzle walls that come towards them to try and stay alive for as long as possible. The walls coming toward players increase in speed and difficulty over time, and players must continuously navigate the walls at a quicker pace.

MCC 24’s series of main mini-games came to a close with Sands of Time as the eighth and final game before the final Dodgebolt duel. It is perhaps the most complex and dangerous game in all of MCC, but is a favorite among players and fans because of this.

Sands of Time requires players to navigate through a confusing and risky series of dungeons and rooms to find coins. Players must also continuously bring back sand to their timer because if it runs out, their entire team will lose absolutely everything that they collected in the game.

Because of how Sands of Time works, it always makes for an epic finale for any MCC event. Unlike most other MCC games, players have no idea how the others are doing or how well they are doing in comparison until every team has finished.

Across all eight mini-games, the top two scoring teams in coins were the Orange Ocelots and the Yellow Yaks. These two teams moved on to face off in the finale Dodgebolt duel where they had to successfully eliminate all members of the entire opposing team three times to secure victory.

The Yellow Yaks ultimately won the Dodgebolt duel, and thus all of MCC 24, with a score of 3-0.