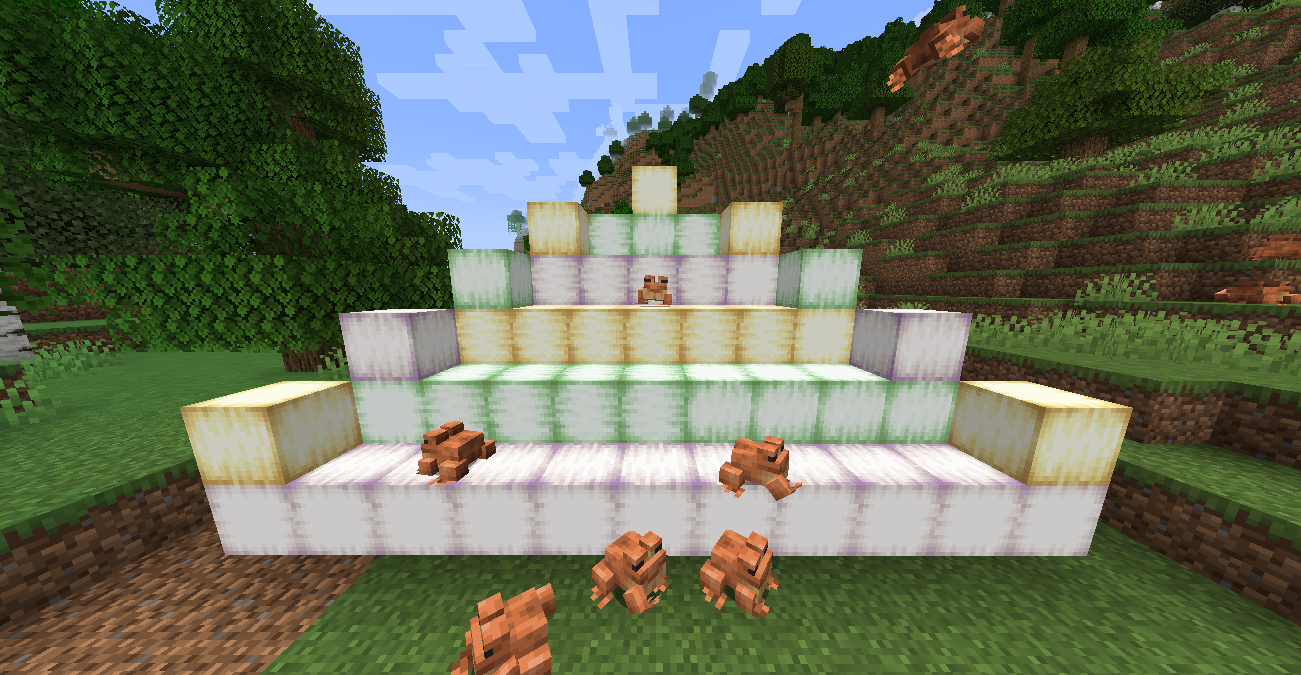 The Minecraft community is always looking for more light-emitting blocks to be added to the game as they are essential for both looks, survival, and gameplay. The Wild Update introduced froglights, which are gained through gameplay with frogs and come in three colors.

Unfortunately, attaining froglights is a bit of a complicated process. Players hoping to gain any of the three froglights must bring together a frog and a tiny magma cube.

How to make froglights in Minecraft

Frogs can be found in swamps or mangrove swamps, while magma cubes exist solely in the Nether. This means that players must either take a frog through a Nether portal into the Nether or bring a magma cube through to the regular world. Both options are quite difficult and will require patience and luck.

Both frogs and magma cubes can be put in boats which means players can attempt to move both of them around using this classic method of moving mobs. Magma cubes cannot be attached to a lead but frogs can which provides another potential method of bringing the two together to create a frog light.

Frogs are decently easy to find as they are scattered around most swamp and mangrove swamp biomes, but magma cubes can be quite tricky as they can only be found in the Nether Wastes, Basalt Deltas, Nether Fortress, and Bastion Remains regions of the Nether. If you’re having trouble locating a tiny magma cube remember that hitting a regular one will cause it to break into multiple smaller ones. Every regular magma cube that is killed by players will turn into two to four smaller cubes.

Succesfully collecting all three types of froglight by bringing all three kinds of frogs together with small magma cubes also unlocks an achievement. The “With Our Powers Combined!” achievement unclocks when players have gathered all three froglights in their inventory.