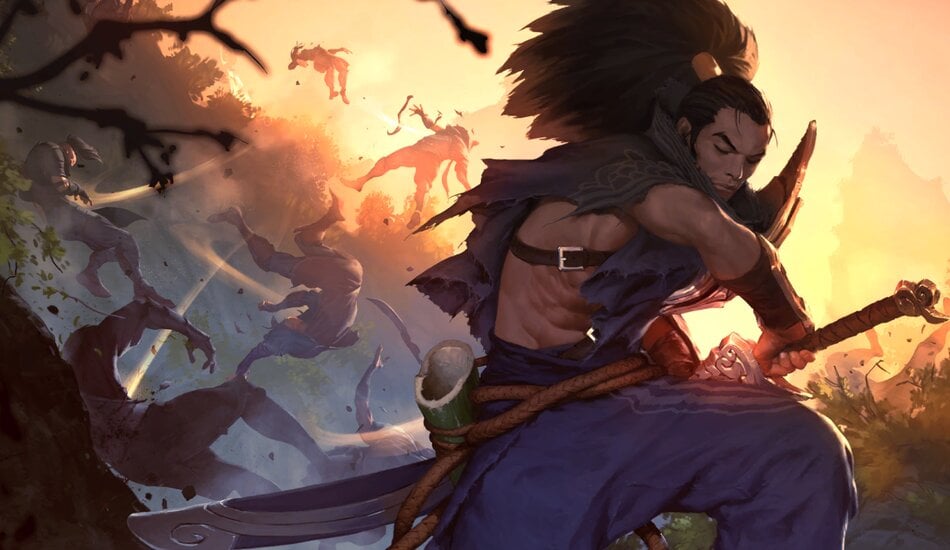 Stun decks in Legends of Runeterra have recently taken a back seat to other tempo and Control based builds. But a buff to Yasuo may have a larger impact than expected.

Today’s LoR balance patch revealed that Yasuo only needs five “stuns or recalls” to level up. The change was made by Riot in response to the nerfs to Deny and Inspiring Mentor.

“While testing Ionia changes internally, we found that Yasuo was catching collateral damage from changes aimed at elusive and handbuff decks,” Riot said. “Inspiring Mentor was one of the best cards to utilize while leveling up Yasuo, and together with Deny would provide pivotal protection.”

An adjustment to how fast Yasuo levels up was also made with Expeditions in mind. The Ionian champion wasn’t successful in leveling up unless paired with another champion from the Noxius region, according to data collected by Riot.

In Constructed gameplay, a Yasuo build is all about tempo. A standard deck crafted around the champion typically had an equal number of spells to followers. And spells like Recall, Intimidating Roar, and Noxian Guillotine are still extremely important. The nerf to Deny actually increases the playability of these spells, if properly baited and cast.

Inspiring Mentor was a solid addition that buffed Yasuo, but it wasn’t necessary. Fae Bladetwirler and Arachnoid Sentry are the followers that players want during the early game. If the match drags on, Yone Windchaser can clear a path for lethal.

Lux may get a bunch of attention due to her recent buff, but don’t overlook Yasuo and his ability to end games quickly against a variety of LoR archetypes.