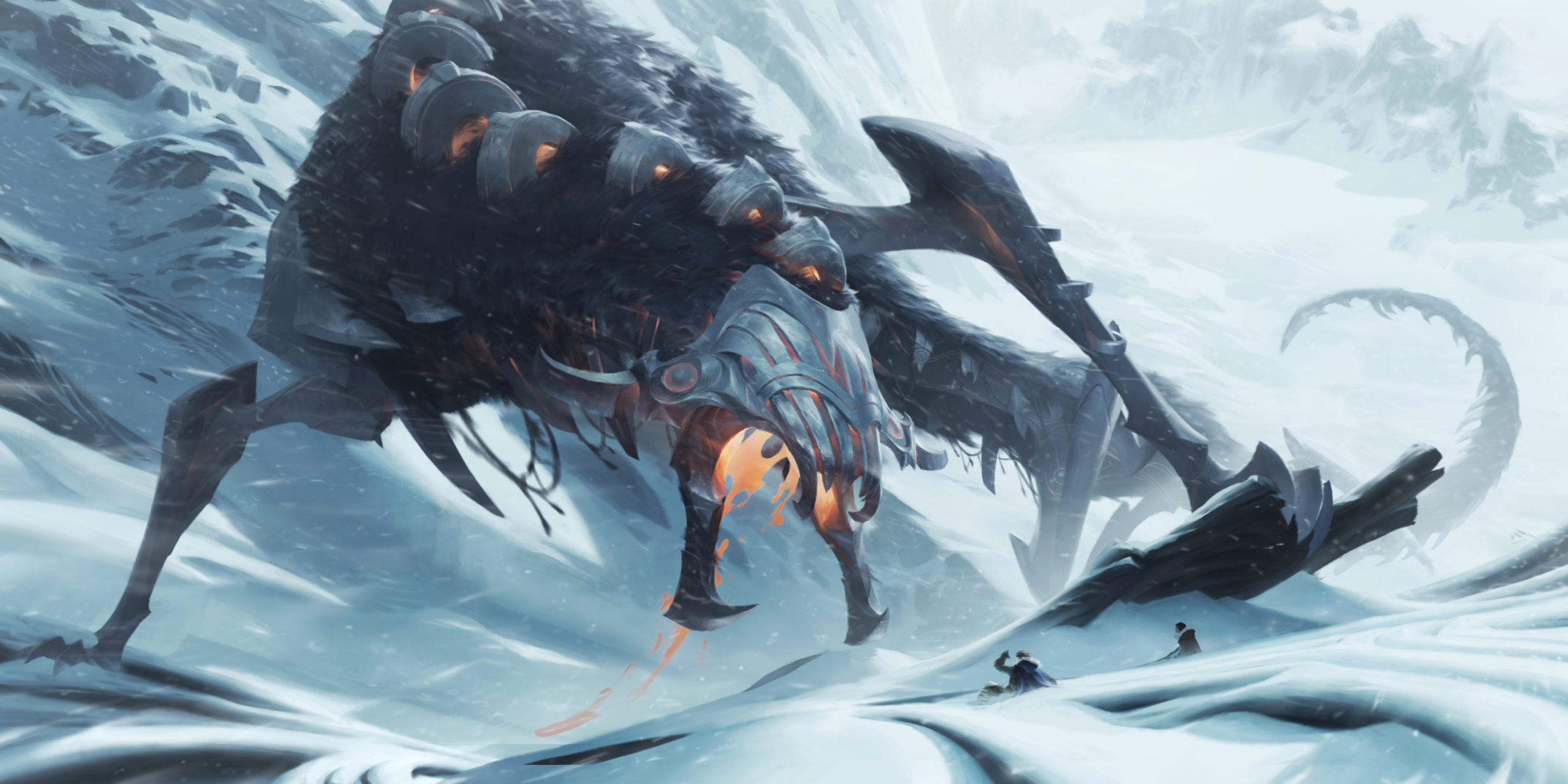 Legends of Runeterra’s second set, Call of the Mountain, released its first expansion of three today, ushering in a new format of releasing cards. During the initial announcement for the newest set, Riot discussed what it wants future releases to look like, with Call of the Mountain being the first attempt at this “three expansions in a set” cycle.

As with every change, there are merits to it and potential pitfalls to consider. Here are all of the factors to consider with Call of the Mountain’s release cycle.

The digital collector’s card game genre has been booming in popularity, but this comes with the downside that consumption of the content within it is always quick. This leads to faster burnout where metas are often figured out sooner, leading to long delays before more content releases. With a release divided every two months, though, the content drought will be manually avoided.

Another good aspect of a multi-expansion release is that cards that feel like they’re without current homes, like Star Shepherd, will most likely find refuge with a future card release within the next few months. This leads to speculation and guessing as to what the upcoming champions could look like and what their abilities would bring (like Soraka potentially finding a strong combo with Star Shepherd). Additionally, it lets deck builders and theorycrafters find the joy of new combos and archetypes when the new cards drop two months from now.

While LoR was already known as an incredibly easy and forgiving game for players to easily complete their collections, these divided sets further increase that ease. Players can immediately craft cards and strategies that look fun to them and feel less of an initial investment to try out these new decks and cards.

If certain cards feel like they’re desperately underperforming, Riot can always shake up the release schedule and let a few cards from expansion two or three appear earlier at sporadic times.

With a staggered release, some regions have less tools to play with, which isn’t fun for the fans of those regions. While we know what champions are coming, the fact that Bilgewater, Demacia, Noxus, and Piltover & Zaun only got two cards each means there aren’t many new options for those regions to experiment with right now. If oppressive strategies take form quickly, it’ll be tough for existing regions to find tools to tackle these problems.

While it’s fine if a card feels a little weak due to a lack of support behind it, it’s less than ideal if the card is drastically below the power level of other cards. The card could be revitalized later on if proper support becomes available, but the timing of its release may be questioned then. With only a few Dragon cards appearing in expansion one, for example, if it turns out they’re not viable and need a Shyvana release to find success, it may make the order of card releases feel debilitating to players as opposed to deliberate.

In addition, knowing that you may need to wait a few months to see your favorite League of Legends champion get transposed into LoR may be disheartening, especially if they come in the third expansion release instead of the second.

While Call of the Mountain will be a testing point to see how the community reacts to the new release schedule, Riot is always quick to adjust and adapt with LoR. The LoR community is vocal about what it enjoys about the game and always provides feedback that Riot is receptive to. If it turns out Call of the Mountain’s staggered set isn’t as successful as Rising Tides, the team can always phase back to the “all at once” strategy that the first set and other card games go for.

With these deliberate splits, it looks like Riot has a sound idea to push LoR, and the genre as a whole, to new heights. These attempts look less like a “making change for the sake of change” and more like a genuine effort of innovation. Since this is the first time Riot is trying a triple expansion release, the devs could always make alterations to the process in future attempts if they keep going with this style.

You can try out the new content and the release schedule for yourself now since LoR: Call of the Mountain went live earlier today.