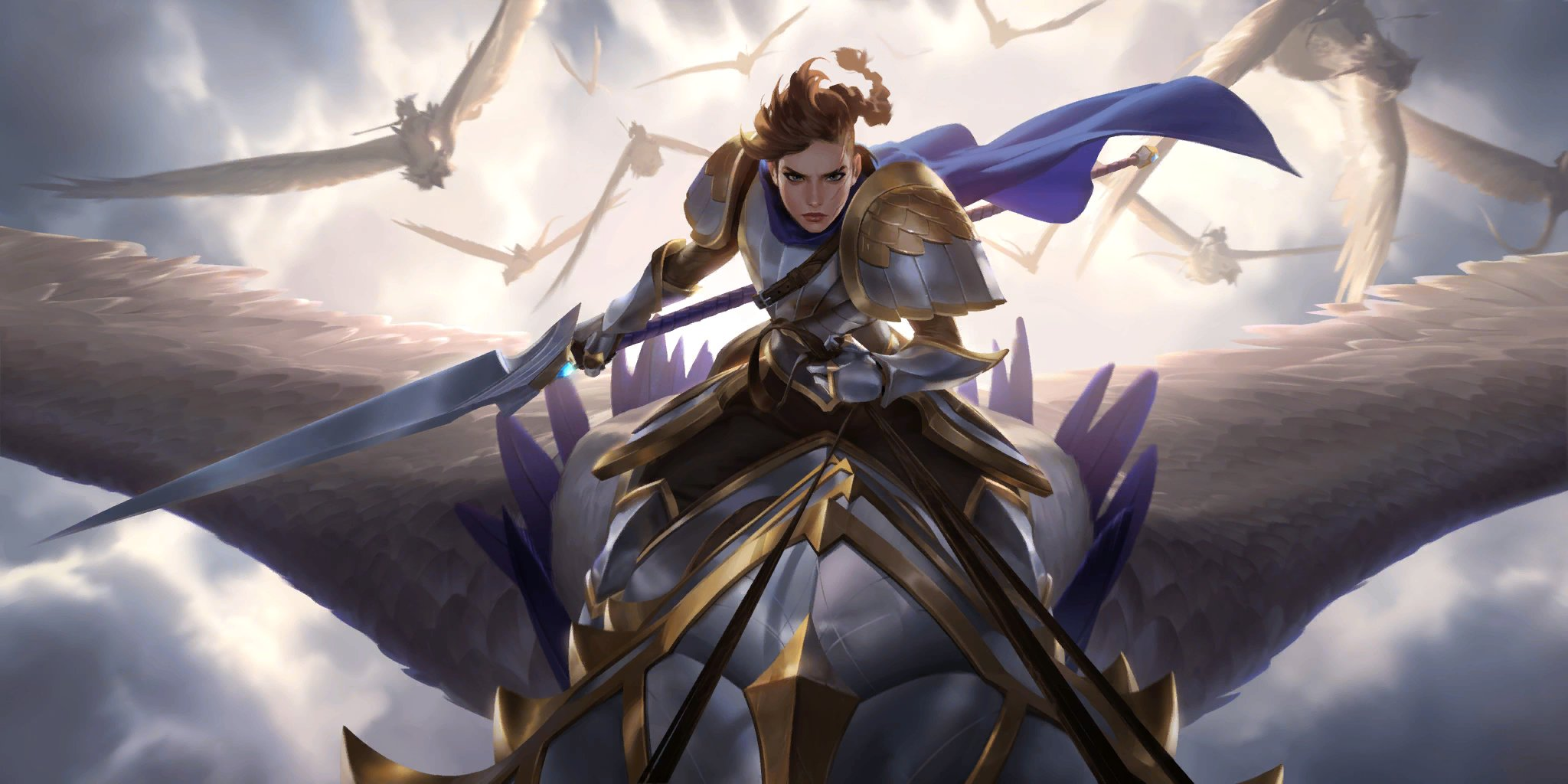 League of Legends is a game filled with rich lore and a vast cast of champions with interconnecting stories. While the game has multiple ways to have players experience the lore through events and rotating game modes, MOBAs can still have blind spots when weaving compelling storylines.

Card games, when executed well, can amend this by having the universe expand thanks to art and flavor text. Riot Games builds on this strength through its card game by having lore connections expanded through voice lines and high-quality art.

Fans of Legends of Runeterra can safely argue that the game is more expressive in its lore than its original League counterpart. With multiple characters shown off, some have built more of a fan following than others.

Here are the 10 characters in LoR, one from each corner of Runeterra, that have a high chance of being included in League.

LoR’s latest region in Bandle City brought a lot of eccentric and quirky characters to the magical realm. While the new region is not as expansive as others due to its relative recency, one character has a certain allure due to her design: the Mirror Mage. Reminiscent of LeBlanc’s deceptive antics, Mirror Mage is closely related to Veigar’s voice lines and story, assisting his dastardly deeds in some fashion.

Ionia as a region is defined by its wealth of numerous and famed champions. While this is normally fine when LoR celebrates League’s characters, it doesn’t give much room for followers to potentially bloom into bigger figures. Despite this niche flaw, Ionia does have intriguing storylines, settings, and characters, like the province of Navori and the Kinkou/Shojin Order.

The Greenglade Duo have always had a fun dynamic between the two, even though there’s not too much to them beyond their “buddy cop” friendship. They can also serve as a similar, but more nimble, silhouette to Nunu and Willump. 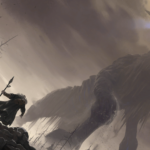 Freljord is filled with untold mysticism and stories of scary monsters incomprehensible to most mortals’ understanding of the world. Outside of the Watchers themselves, Balestriders are monumental behemoths that herald dastardly omens and sow destruction in their wake.

If their eccentric monstrous body shape denies them a chance to be a League champion, there’s always a fair chance they can be enemies of a PvE event like Odyssey or Star Guardians.

The apex predator of Shurima is the ultimate matriarch of her species, the Xer’Sai. As a monster, Rek’Sai let players fulfill the power fantasy of a hunter roaming across the map through elaborate tunnel networks. Ever since her release, though, no void-born monster has been a playable champion in LoR.

An “Overwhelming Void Jungler” was teased at the end of Riot’s September Champion Roadmap. Xerxa’Reth boasting the Overwhelm keyword and hailing from the void like Rek’Sai gives some potential odds of a future release pointing towards the Undertitan himself.

Despite these chances for Xerxa’Reth, another Xer’Sai/Void champion that jungles and closely resembles Rek’Sai may ultimately make his inclusion difficult.

In the lore, Mordekaiser is one of the ultimate threats to Runeterra, overarching so much that the prominent members of Noxus like Swain and LeBlanc are preparing contingencies to ultimately defeat him. One enigmatic figure that was included back in Rise of the Underworld is a means to the end of Mordekaiser: Atakhan, Bringer of Ruin.

This hulking monstrosity is a sizable threat in his own right and is being used by LeBlanc, as evidenced by his voice lines. While his exact origins aren’t quite clear, a champion release or universe story could build further upon his personal goals. 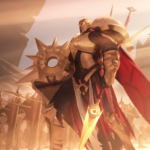 Targon has multiple compelling character-driven storylines, like Taric’s ascent and Aurelion’s containment, but players are most often familiar with Leona and Diana’s struggle. The sun and moon motifs and lovers stunted by their warring factions are tropes as old as time. While Leona, Diana, and even Aphelios are all fine conduits for the Solari/Lunari conflict, more champions being included could help push the story more forward.

Rahvun’s inclusion also gives more Solari representation, since the current Lunari to Solari ratio is two champions to one.

This shark-like human (who is definitely not Vastayan) has built his own underground fighting empire aboard a famous Bilgewater ship, the King’s Court. Jack has a notable connection to Tahm Kench as someone who signed his contract and, in exchange, provides potential victims for the River King.

A pit fighter with animalistic traits who runs an illicit venue could serve as an interesting story clash with Sett, who is similar in design. 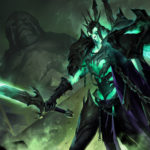 Back in LoR’s closed release back in Beta, one expensive follower drew the eyes of many due to his incredible voice lines and game-defining effect that could end a match on its own.

His commanding voice line saying how he was the “[Ruined] King’s Shield” let players get more hype over the unnamed figure. While the Ruined King went on eventually to be released as Viego, the appeal of Ledros still remained with players.

The ghost who is stuck by the echoes of his past is bound to Kalista thanks to his love for her, and will always aim to make his remaining purpose to free Kalista from Thresh’s cruelty. 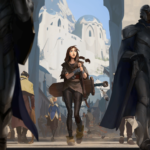 The starry-eyed recruit who became a part of the Vanguard Elite has had her storyline shown off since the launch of LoR. Cithria also has her own long-form universe story, which points towards Riot having an interest in her.

While her tale hasn’t had much development since the game released, it did get a fourth iteration recently during the Empires of the Ascended release cycle. Cithria now commands the skies and becomes hardened by battle, even boasting a scar. 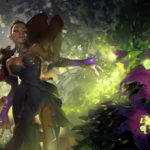 Ever since Caitlyn’s release in LoR, fans have been excited for her updated visuals that make her more appropriately suited for a detective and tactical unit officer. There’s also a healthy chance that this new look for Caitlyn will be the first “Art & Sustainability Update” coming next year since it was potentially teased in an upcoming Teamfight Tactics update.

One mystery Riot has barely elaborated on is Caitlyn’s original universe story. It noted an elusive criminal known as “C,” who was never truly known. While some players always speculated the figure was Camille, Caitlyn’s story in LoR confirms Corina Veraza as the ultimate criminal pulling all the strings.

Corina herself is a prominent Chembaron from Zaun who wields potent chemicals extracted from rare plants, with an uncanny ability to hide in plain sight. Corina was initially a card without much backstory in her original release in LoR’s Foundation set back in October 2019. The latest iteration of Corina, in her Mastermind form, gives more insight into how much pull she has behind her actions, leading Caitlyn’s squad into a certain ambush.

Out of all the cards on the list, Corina has a fair chance of being one of the characters in the Champion Roadmap due to the floral imagery being teased. 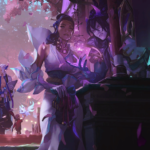 Similar to Cithria, Corina also appears in Battle Academia Caitlyn’s splash arts, showing how much fondness Riot has for Caitlyn’s newest rival. Aside from showing up in the Battle Academia series, she also already had purchasable Spirit Blossom cosmetics as well.