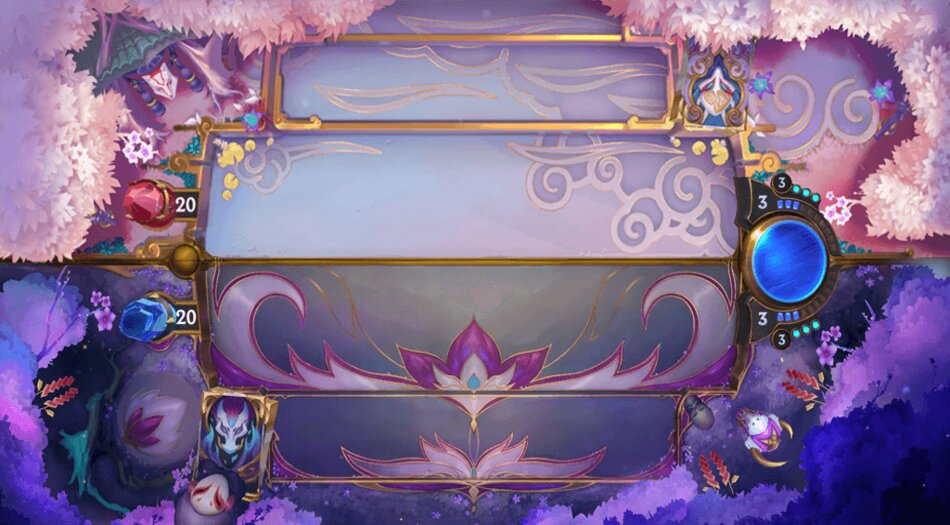 Riot Games has revealed several Spirit Blossom personalizations that are getting added to Legends of Runeterra as the event comes to a close.

Only 14 days remain until the Spirit Blossom event wraps up in LoR. But Riot has added several new personalization options, like another gameboard, two new guardians, card backs, and an emote, to the game. In conjunction with the peaceful and zenlike Spirit Blossom gameboard, players can take a trip down the dark side with the new NightShade Shrine and Nightshade Dragonling guardian.

Three new card backs featuring Teemo, Yone paired with Yasuo, and Corina are also getting added to the LoR store.

Dragonling hails from the Ionian region. There’s also a Nightshade Dragonling who prefers a more dangerous lifestyle. Players can purchase both Dragonlings via the Dragonling Bundle for 975 coins in the store. Individual guardians cost 590 coins.

Two new Epic Quests were added to the Spirit Blossom festival in LoR Patch 1.7. One of those quests features a new Yone emote with him “winking.”