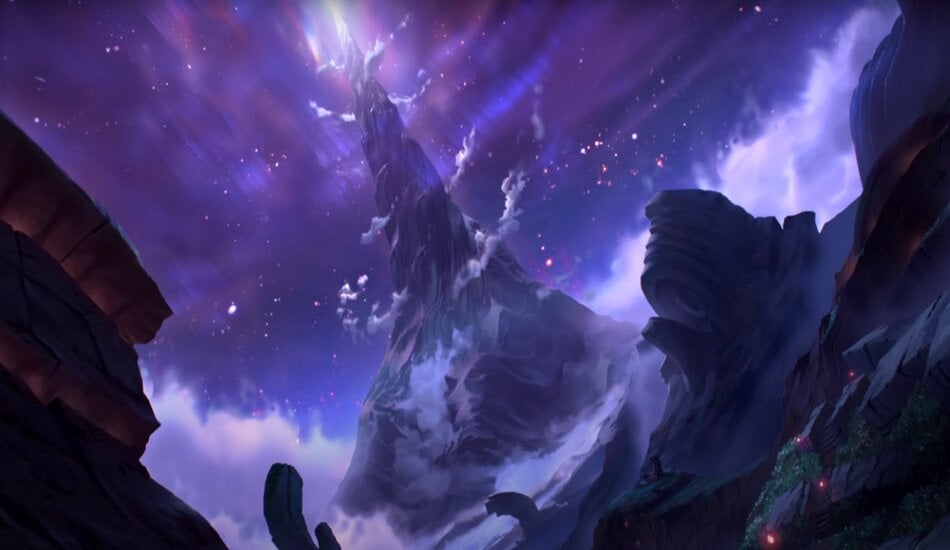 Scheduled to release on Oct. 14, the new Monuments of Power expansion in LoR will feature the card type, Landmark. When a card with Landmark is cast, players can take advantage of its unique and ongoing effects. Riot revealed the Landmark card type via a video today, explaining how it will affect gameplay within LoR and future concepts.

Landmarks are cast with regular mana, not spell mana, and take up space on the board. These cards don’t attack or block but rather contain special abilities that can alter a game. The Landmark cards are not units, preventing most LoR cards from interacting with them. There are a few Call of the Mountain cards that are receiving an updated text to interact with the MoP mechanic, such as Singular Will and Falling Comet.

In creating the Landmark cards, the LoR design team designed them to “exist in a different design space than other card types with a mix of new mechanics and lore base concepts.” The MoP expansion features “flashy” Landmarks but the design team plans to introduce “smaller and common Landmarks in the future.”

Vaults of Helia, a new Landmark card revealed today by the LoR team, takes its flashy inspiration from a powerful Magic: The Gathering card. Vaults of Helia allows a player to kill their most expensive ally to summon any ally from your deck that costs one more at the start of each round. The mechanic is similar to Birthing Pod in MTG, fetching a powerful unit from your deck in exchange for sacrificing one on the battlefield.

Leading up the Oct. 14 launch of MoP, the LoR team will continue to reveal champions, spell, and followers over the course of the next 10 days.