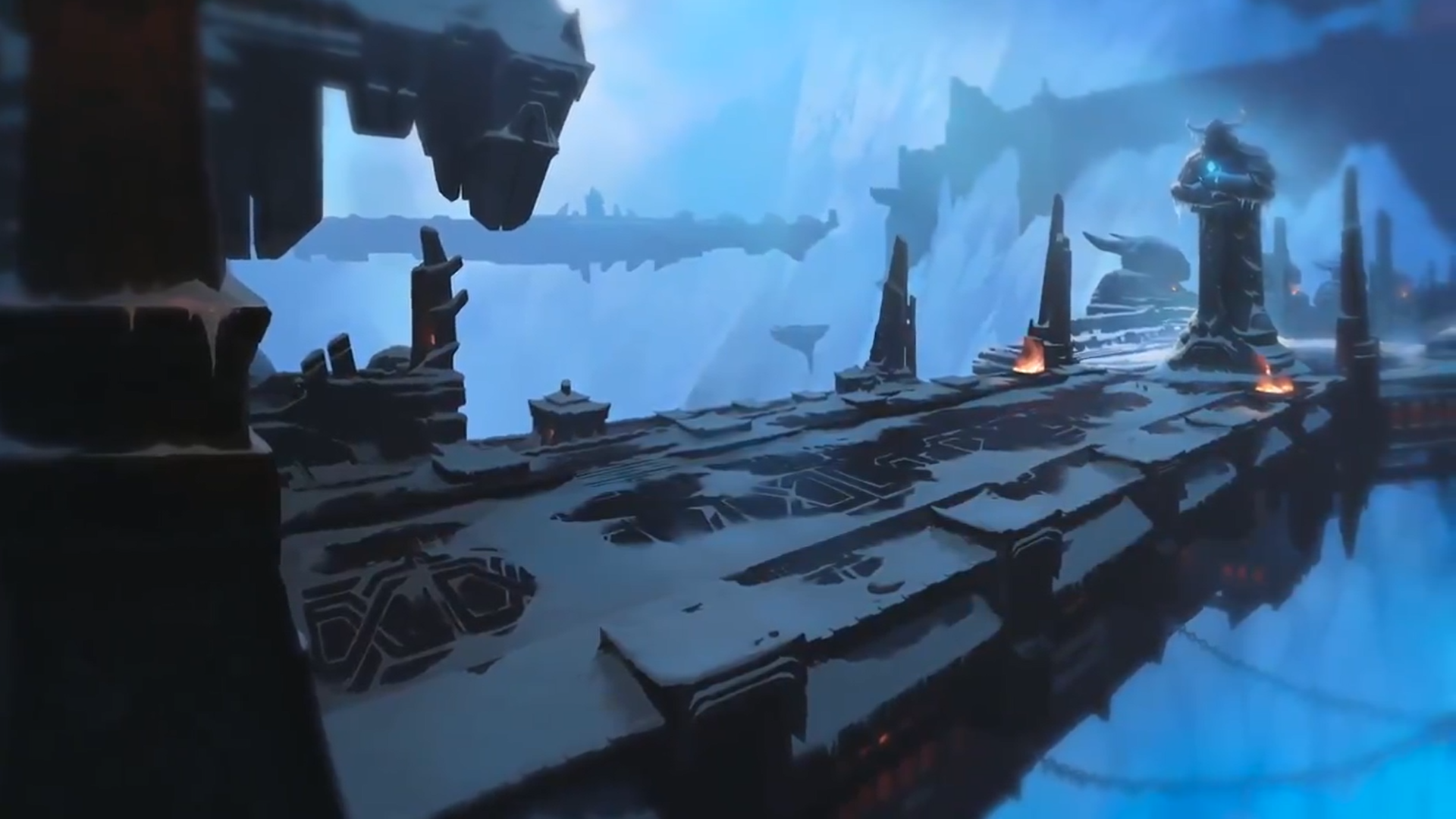 Legends of Runeterra’s next expansion, Monuments of Power, is officially one week away from releasing.

The newest mechanic to be added to the game, Landmarks, allows players to build new strategies with unique cards that augment the board. And today, Riot revealed the newest Landmark, The Howling Abyss.

The Howling Abyss is an Epic seven-mana Landmark that adds a random level two champion to your hand at the start of each round that’s not in your hand, deck, or play.

Out of all the Landmarks revealed so far, Howling Abyss grants the most value by essentially drawing you a card each turn—but at the cost of being random. In a similar fashion to every other Landmark, Howling Abyss is a huge tempo investment and does nothing the turn you play it. This means that if you’re not even or ahead on the board the turn you spend mana to activate it, you’ll exasperate the weak board difference between you and your opponent.

Since the champions that are added to your hand every round are from outside of the ones in the deck you started with, it’ll be tough to adapt strategies around them. They should just be considered stat sticks with a chance to do varying flashy effects like Aurelion Sol or Thresh.

The evaluation of this card will always slightly change whenever newer champions are released. But it’ll be tough for The Howling Abyss to compete with other late-game value engines that already do a fantastic job, like Heimerdinger, Aurelion Sol, or Invoke in general. Judgment of this card is also subject to change depending on how many cards can interact with and remove Landmarks as a whole.

Out of all the Landmarks revealed so far, League of Legends and LoR players alike should be most familiar with The Howling Abyss since it’s the map that ARAMs are conducted on (with the first LoR lab referencing this). While Freljord’s landmark has been revealed, this doesn’t point toward which champion will be revealed since Trundle was already released in the Call of the Mountain expansion. But since the next region that was paired on top of The Howling Abyss was Targon, we can safely assume the next champion will hail from the newest region.

Soraka and Zoe are the only two previously leaked champions that are left to join from the newest region.

You can obtain The Howling Abyss and more when LoR: Monuments of Power is released on Oct. 14 with 40 new cards.