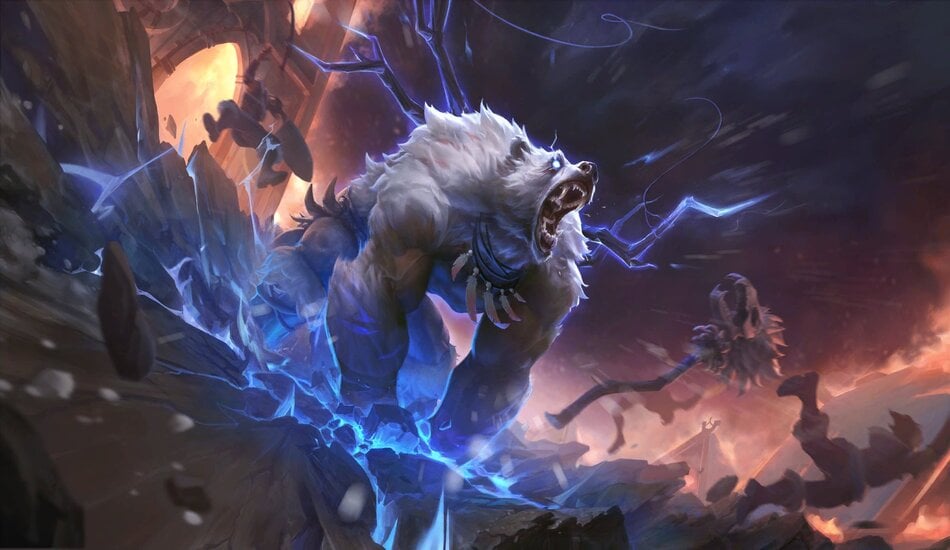 The Freljord region in LoR has a new champion, Sejuani of Winter’s Claw, along with several new cards seeking to damage an opponent’s Nexus via Overwhelm and direct damage to units.

Prior to today’s LoR spoilers, the Freljord region contained nine units with the keyword Overwhelm. The addition of Stormclaw Ursine and Ruthless Raider increases that number to 11. Ursine is a unique unit in that all allies with a power of five or more gain Overwhelm when the demigod is on the battlefield.

Stormclaw Ursine wasn’t assigned a rarity, according to the LoR spoilers today. Either Riot hasn’t decided yet, which is unlikely, or the Overwhelm powerhouse is summoned via another card. This makes Ursine a token, likely summoned by a Shaman, according to League lore.

Ruthless Raider is a solid early game two-drop with Tough and Overwhelm. It’s able to damage the Nexus during an attack stage while also providing early defense. Ember Maiden has the potential to shine within Vladimir builds, where damage toward units reaps multiple rewards.

The addition of Sejuani and units using Overwhelm breathes new life into the LoR Freljord region while also opening the door for some whacky meme builds.

Players can start crafting Sejuani, Ursine, Ruthless Raider, and Ember Maiden via PC on April 28 and mobile on April 30.