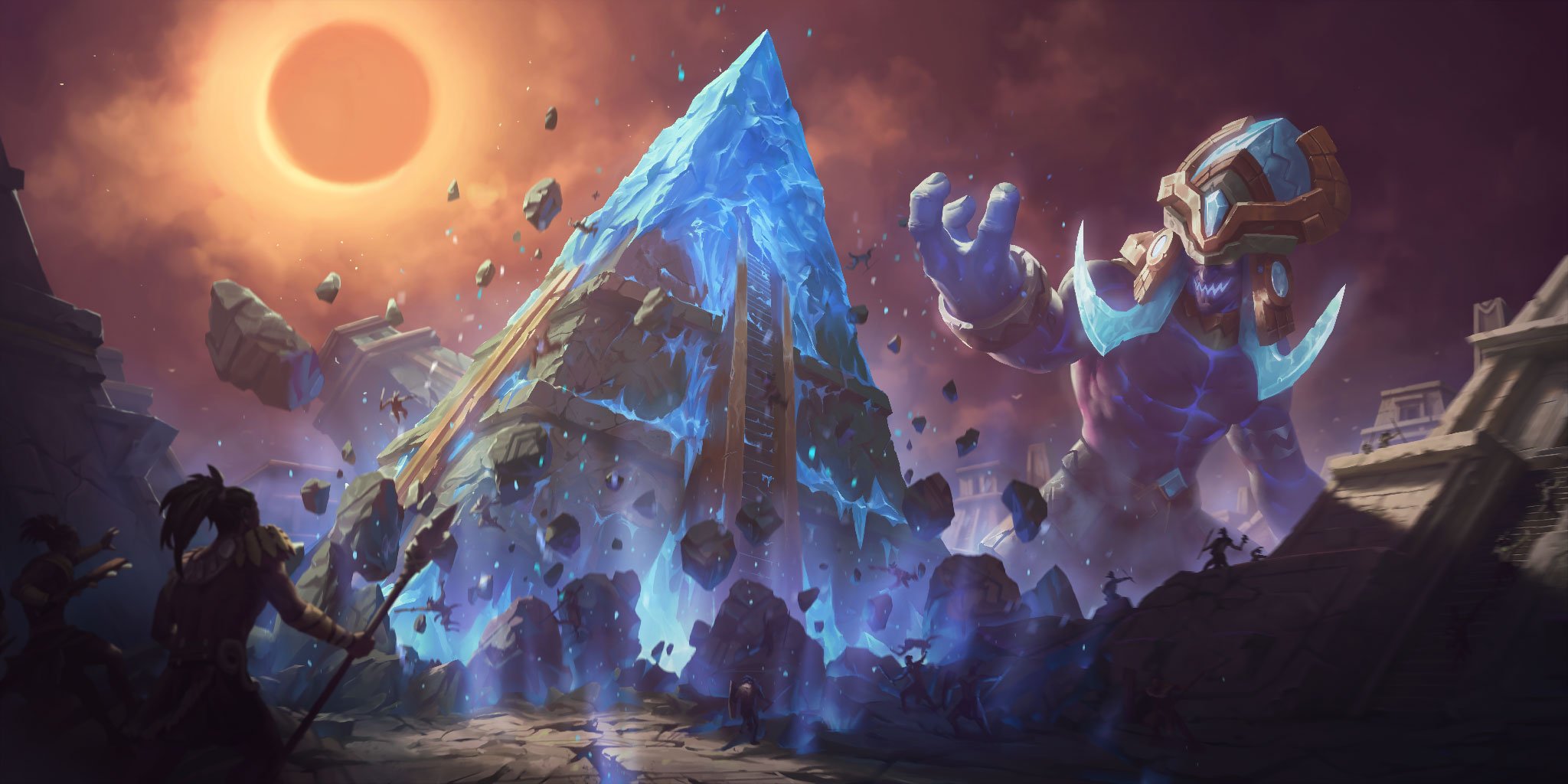 A buff to Iceborn Legacy within Legends of Runeterra Patch 3.0 has shaken up the meta with the five-cost spell going from Slow to Burst speed.

A large number of balance changes were applied within LoR Patch 3.0. Iceborn Legacy was having a major impact on the meta via the Elusive Daring Poro. The adjustment from Slow to Burst speed was likely meant to improve Shadow Isles spider builds, which it has. But a build created by NicMakesPlays has become one of the best LoR decks to rank up the ladder, using Iceborn Legacy on Daring Poro in conjunction with Poro Snacks.

Iceborn Poros focuses on Daring Poro, in which there are at least nine copies of the card in hand via the spell Poro Cannon. Players can create even more Daring Poros with Iterative Improvement and can improve the Elusive showing up in hand via Poro Herder and Time Trick. Not having an Iceborn Legacy greatly reduces the power level of the LoR deck, prompting many players to hold it in an opening hand.

Related: Here are the best Legends of Runeterra decks to climb the ladder

There are counter decks to Iceborn Poros, with Shyvanna Pantheon applying a beatdown to the Elusive Aggro build, according to MajiinBae. The dragon Pantheon build is a top-tier LoR tournament deck that has plenty of removal spells and the option to Rally via Golden Aegis.

Iceborn Legacy has also had a major impact on spiders via a Control build created by Cephalopod that’s rising quickly in popularity. The shell is built around spiders, applying pressure via Iceborn Legacy and tempo without the five-cost Burst spell. A buff to Vengeance within LoR Patch 3.0 reduced the removal spell to a six-cost, making it a solid Control build option along with Withering Mist and The Box.

The Iceborn spider LoR deck also contains Trundle, who had his basic stats buffed within Patch 3.0. In conjunction with two copies of The Howling Abyss, the deck ramps quickly while controlling the board state and is able to finish opponents off in a number of different ways.

No LoR hotfix patch targeting Iceborn Legacy has been scheduled by Riot at time of writing. The 3.0 meta is still wide open, though. Counter decks to Iceborn Legacy are on the rise and newer builds like Kindred and Viego are improving daily.