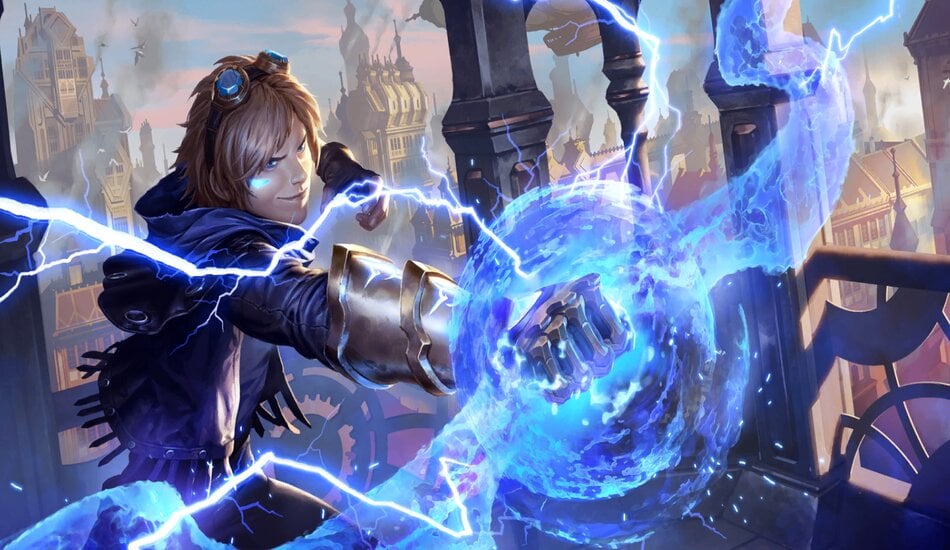 The Legends of Runeterra team has continued to monitor the meta, adding Ezreal and Karma to its watchlist while removing Shadow Assassin, Elise, and Glimpse Beyond.

Set to officially release on April 30 on PC and mobile, LoR underwent several major changes today with extensive nerfs, buffs, and adjustments. Also experiencing major changes was the watchlist, or a list of champions, followers, and spells the devs are “keeping their eyes on.”

Shadow Assasin and Glimpse Beyond were put on the watchlist about a month ago but have been taken off along with Elise. Added to the LoR watchlist, however, was Ezreal and Karma. Ezreal is known for ending a game in one turn, especially once he levels up and an opponent has around 12 or less health left. Karma is also known for one-turn kills, popping off insane spell shenanigans that use her leveled-up ability.

The LoR team realizes both champions are extremely powerful and game-changing but is only monitoring Karma for now. Ezreal, on the other hand, is a problem that the team is currently working on a solution for.

“While the win rate performance of Ezreal decks isn’t quite hitting must-change levels, we know we may need to make adjustments for gameplay health reasons,” Riot said. “We’re investigating and testing possible tweaks that improve on Ezreal’s more frustrating aspects while retaining his excitement and build-around potential.”

Ezreal decks have “consumptive” play patterns, according to the LoR design team. The builds focus on thwarting an opponent’s plans rather than moving forward with your own. But with Ezreal, disrupting opponent’s strategies is only a small portion of the problem. His ability to one-turn eliminate an opponent with a sizeable amount of health has created frustration and discouragement among players.

Karma also has plenty of one-turn kills accomplished via her Level Up, but doesn’t have the community-spread animosity shown towards her as Ezreal does. The LoR team will monitor Karma closely and make adjustments if deemed necessary.