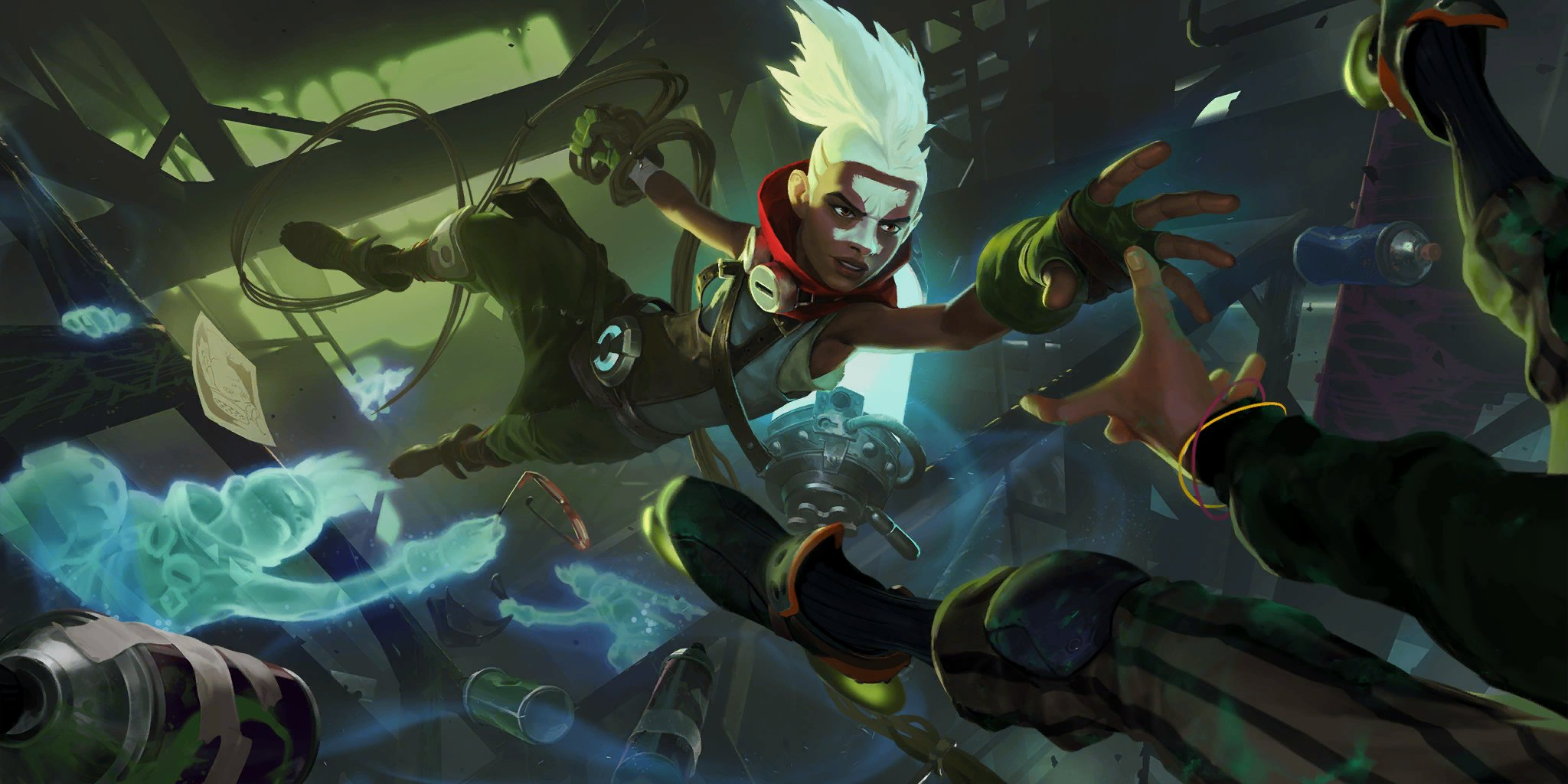 Legends of Runeterra: Rise of the Underworld’s reveal season has reached its conclusion. Riot Games, in collaboration with Mobalytics, introduced Ekko today as the last champion to join the upcoming expansion.

Ekko is a four-mana champion with 4/2 combat stats and the Quick Attack keyword. In addition, he has an ability that creates a Fleeting Time Trick in your hand after he successfully strikes. Ekko levels up after you’ve Predicted five times. After leveling up, Ekko creates three Chronobreaks in your deck. 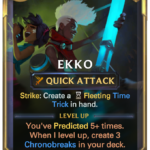 As a reminder, Time Trick is the new collectible two-mana Burst spell revealed yesterday that Predicts and draws a card. The Chronobreak shuffled into your deck is an uncollectible card that’s a three-mana Slow spell that revives all of your allies that died this round. Afterward, you Rally, giving you a chance to attack with them.

Ekko is an intriguing champion for Piltover and Zaun since most of its champions aim to either be sneaky and set up combos (like Teemo and Ezreal) or generate value (like Viktor, Heimer, or Vi). While Ekko has an aggressive identity similar to Jinx, Ekko’s goal is to rely less on discard and all-or-nothing risk and aims to generate value and consistency through Predict and drawing cards.

Ekko’s main weakness is his frailty since he only has two health at four mana, which opens him up to most removal options commonly found like Mystic Shot and Blighted Ravine. Luckily for Ekko, he doesn’t need to be on the board to level up and you can Predict five times before playing him to guarantee his second form.

Once Chronobreaks are shuffled into your deck, it’s a race against the clock with your opponent to try to finish them off with your multiple units. Anytime your opponent tries to clear a wide board of yours, they need to risk running into a Chronobreak that revives them all and then have to deal with a massive attack.

Ekko’s main appeal is his ability to turn any excess mana into more card deck consistency thanks to Predict and value with card draw. While his level-up card doesn’t gain too much after the Chronobreaks are shuffled, being able to draw extra cards for free is always appreciated.

The Parallel Convergence created by Called Shot pairs incredibly well with Chronobreak. After your Ephemeral units are destroyed in combat, you gain an extra copy of your allies, which includes champions. This allows you to overrun your opponent with powerful units.

While finding copies of cards that were newly shuffled into your deck will normally be difficult, Predict improves your odds since you can select any that you find and place them on top of your deck.

Ekko will join the Piltover and Zaun champion roster when LoR: Rise of the Underworld is released on June 30.