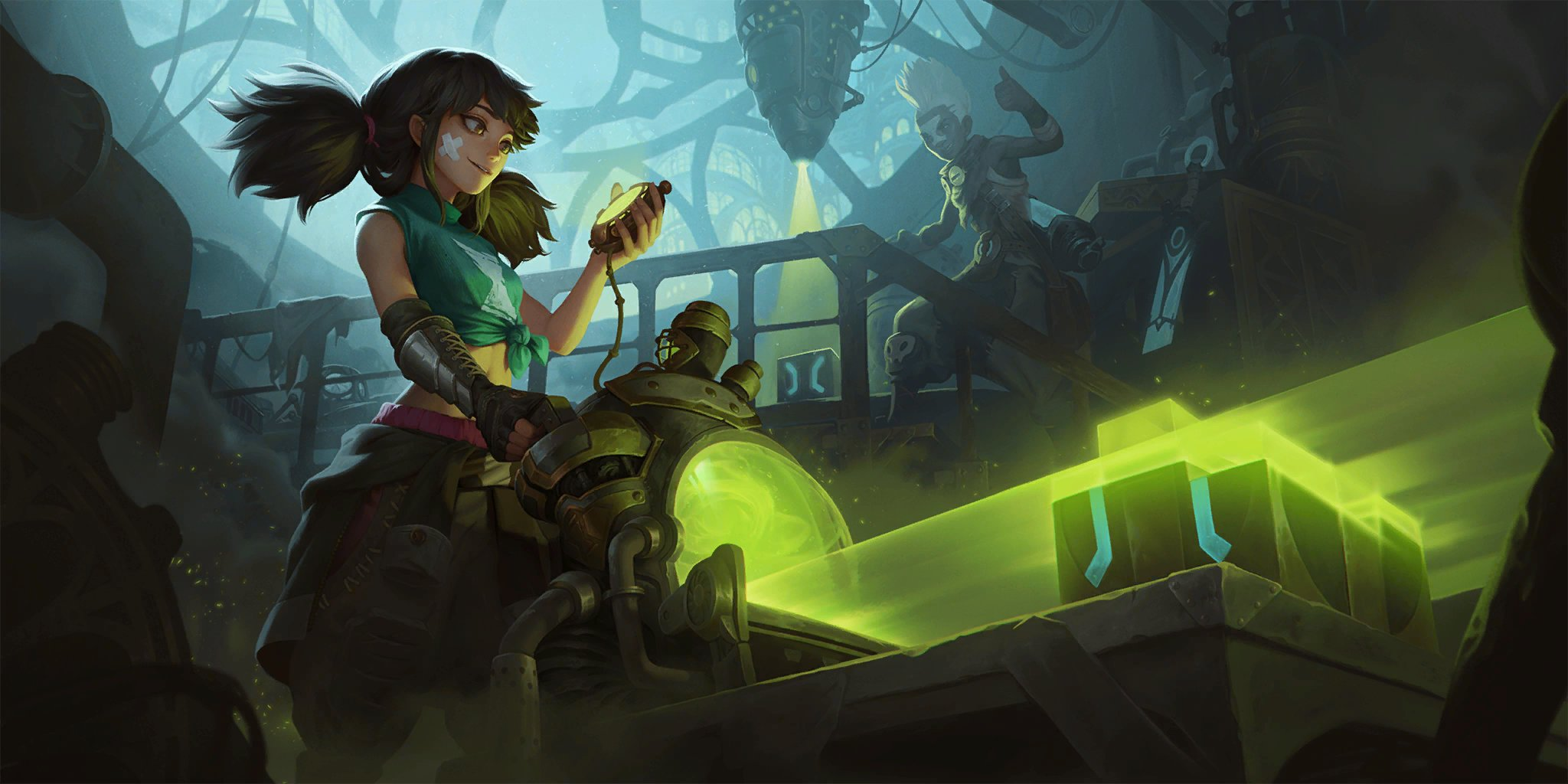 The reveal season for Legends of Runeterra’s next expansion, Rise of the Underworld, has reached its penultimate day.

In today’s teaser, Riot revealed four new cards from Piltover and Zaun in tandem with Mobalytics: Timewinder, Dropboarder, Time Trick, and Practical Perfectionist. This cycle of cards builds on the Predict identity that will be featured in the region outside of Shurima. 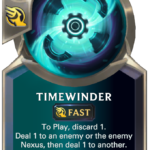 Timewinder is a common two-mana Fast speed spell with an extra cost to play that requires you to discard a card. Once the cost is satisfied, you can deal one damage to either an enemy unit or their Nexus twice.

Dropboarder is a common one-mana unit with 1/3 combat stats and a potent ability that summons itself when seen in a Prediction.

Time Trick is a common two-mana Burst speed spell that Predicts and then draws a card immediately afterward.

Practical Perfectionist is a rare three-mana unit with 4/2 combat stats and a Play ability that has you Predict. Afterward, you create three copies of the chosen card in your deck.

As the second region to feature the Predict keyword introduced in Empires of the Ascended, Piltover and Zaun’s iteration of the mechanic adds an interesting twist. Some cards that are seen in your Predicts can tangibly affect card value by either playing or drawing themselves when seen within a prediction.

Dropboarder is a prime example of this. They can be a zero-mana 1/3 that doesn’t even cost you a card in your hand, which can provide tempo and value for an aggressive deck. The major weakness to Dropboarder is if you draw them naturally, they’re a low-impact card in general that hurts to play as an actual card slot.

Despite this weakness, Dropboarder comes with the potential chance to high-roll the opponent since you can see multiple copies of the same card in a Prediction. This means it’s possible to get two or even three Dropboarders on a Prediction on turn one, which would be incredible board control for an early state of the game.

Time Trick is comparable to most two-mana Burst speed spells that can draw you a card (like Entreat, Guiding Touch, Ki Guardian, Shared Spoils, or Pale Cascade). Instead of granting other bonuses or tutoring specific cards, Time Trick gives you consistency in the card you want to draw due to the Predict keyword.

Even if you don’t like the cards you’re offered, the Skip option allows for a complete reshuffle of your deck in the hopes of getting better odds. In addition, the Predict aspect allows you to potentially activate the effects of cards when seen in Predictions, like Khahiri the Returned, Dropboarder, and Hexite Crystal.

Timewinder is an interesting card to evaluate for Piltover and Zaun. For its mana cost and ability, it’s comparable to Mystic Shot, which also costs two mana and deals two damage. While Timewinder is better than Mystic Shot in that regard due to its general flexibility in how to distribute the damage, the discard cost required to play it is monumental. Despite this, Piltover and Zaun is a region that does create discard fodder regularly and has cards that benefit from being discarded.

Since Piltover and Zaun was revealed today, in addition to both Rek’Sai and Pyke being shown off already, it’s safe to assume that Ekko’s reveal will be tomorrow.