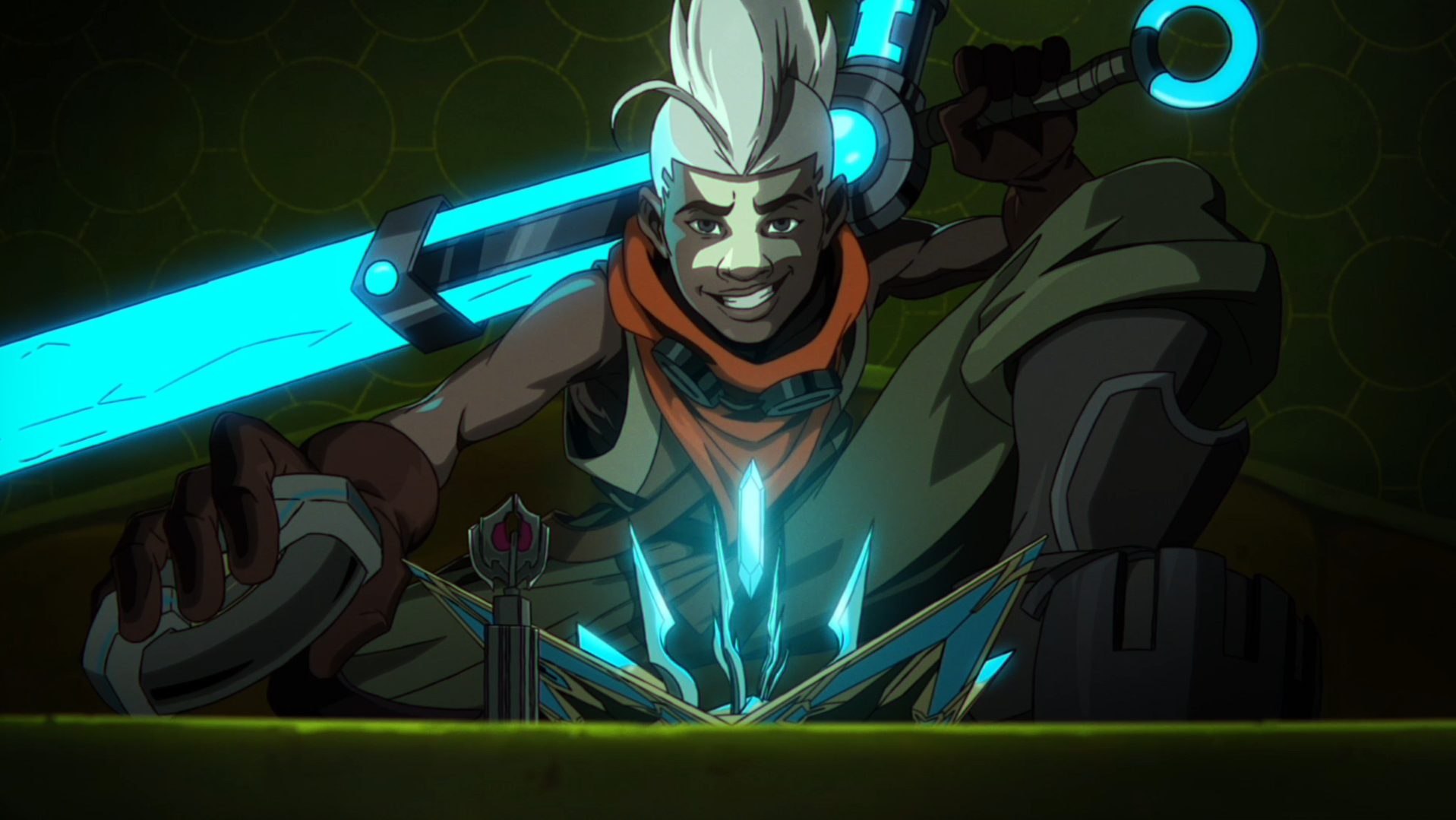 Legends of Runeterra: Rise of the Underworld, the third and final expansion in the Empires of the Ascended set, will introduce over 40 new cards, cosmetics, and one of the largest balance patches to the game in recent memory. 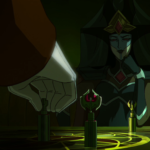 Unbeknown to them, their cargo shipment was being disrupted by Rek’Sai and Pyke. After claiming they’ll destroy the district of Zaun they’re residing in, Ekko also throws a wrench in the Noxians’ plans to the tune of his theme while avoiding the Midenstokke Henchmen (from the Foundation set). 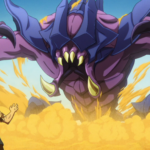 In addition to the cinematic, Riot teased three new cards from Piltover and Zaun, Bilgewater, and Shurima, with two of them showing off the new Lurk keyword. When you declare an attack while a unit with Lurk is on top of your deck, you grant Lurker allies everywhere a permanent +1/+0 up to one time each round. 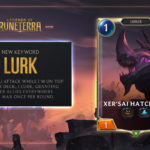 The three new cards are Fallen Feline, Snapjaw Swarm, and Xer’Sai Hatchling. Fallen Feline is a Rare one-mana 2/1 unit that creates a Hexite Crystal in the bottom 10 cards of your deck. The Hexite Crystal is a two-mana Fast spell that deals two damage to all enemy units alongside their Nexus and has an ability that draws itself if you manage to find it in a prediction. This ties into Piltover and Zaun potentially gaining some form of Predict cards with the arrival of Ekko.

Snapjaw Swarmer is a Common two-mana 0/2 Lurker unit with the Lurk keyword and a Play ability that has it start a free attack. While a zero-attack unit running into the opponent’s board sounds dangerous, Snapjaw Swarm will have some power gained if you manage to activate Lurk a couple of times. It also has the potential to trigger its keyword if you have other units that share the mechanic on top of your deck.

Xer’Sai Hatchling is a Common one-mana 1/1 Lurker unit with both Fearsome and Lurk. Since Shurima and Bilgewater will feature units with this new aggressive mechanic, it’s fairly likely that Pyke and Rek’Sai will find some synergies together, especially if they boast the new Lurk keyword.

With Ekko, Pyke, and Rek’Sai coming to LoR in this expansion, this rounds out the list of all the champions that were previously known about due to accidental leaks. While Rise of the Underworld signals that we’re nearing the end for the entire Empires of the Ascended set, there’s still another champion expansion (similar to Aphelios’ release back in Call of the Mountain) that will launch during July.

LoR: Rise of the Underworld will be released on June 30 following the conclusion of the game’s fourth Seasonal Tournament.