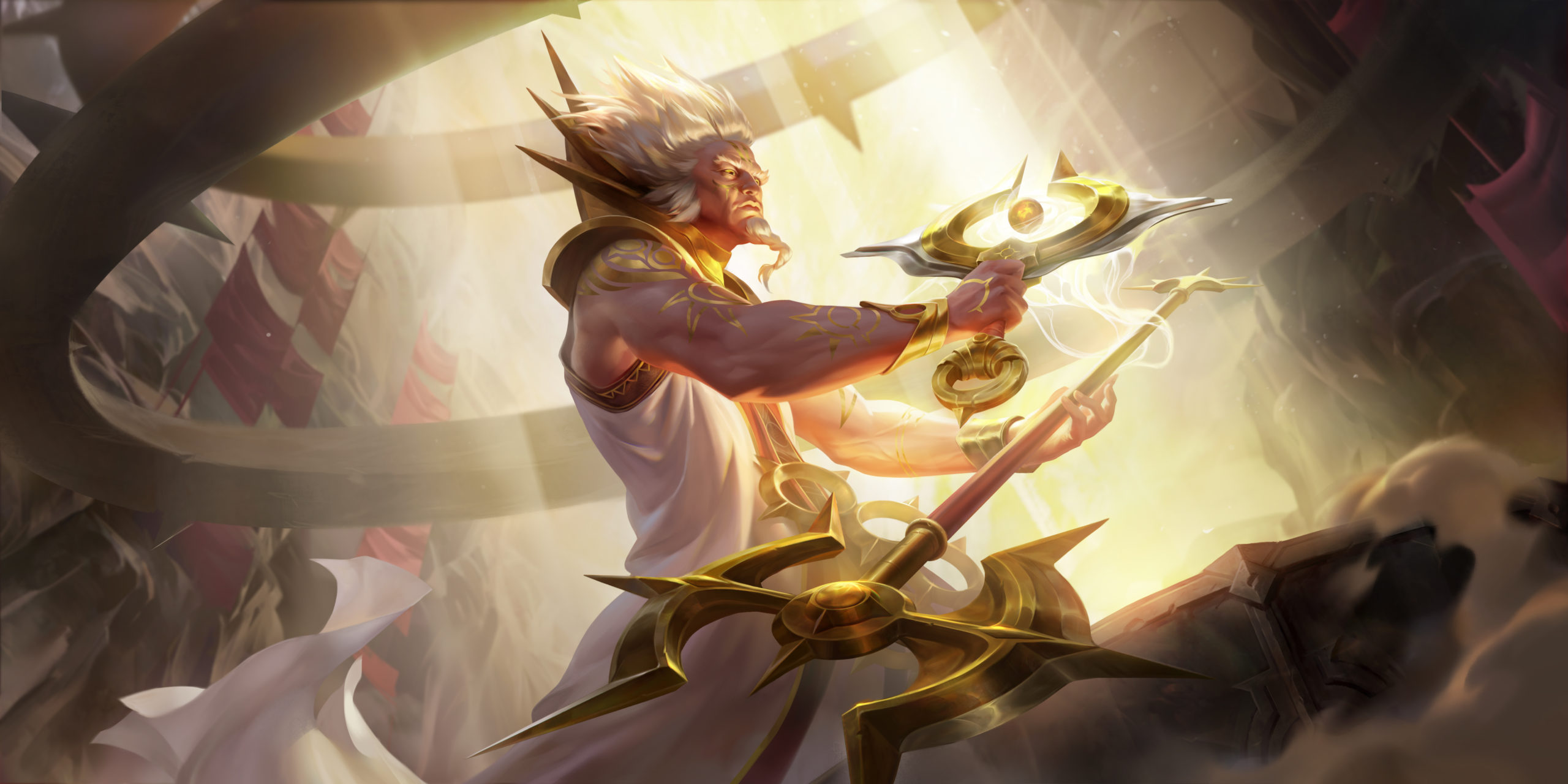 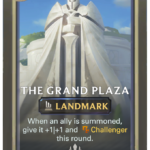 The Grand Plaza is a three-mana epic Landmark from Demacia that grants the first ally unit you play each round +1/+1 and Challenger for the turn. Captain Arrika is an eight-mana rare 6/6 from Demacia with Spellshield and a Play ability that Captures a unit or Landmark.

Moonlight Affliction is a five-mana common Burst spell from Targon that Silences two enemy units for the round. If you cast it with Nightfall active, the two selected units are also unable to block for the turn. Solari Sunforger is a four-mana common 5/4 from Targon that has a Daybreak ability that gives itself Lifesteal for the round. Targon’s Peak is a five-mana epic Landmark with a Round Start ability that makes a random card in both players’ hands cost zero for the round.

The Grand Plaza is a Landmark that gives you bonus stats for the first unit each round. While the bonuses are temporary, The Grand Plaza helps cement Demacia’s identity as the most efficient form of midrange board control since +1/+1 and Challenger are powerful tools to help run over opposing units.

Captain Arrika doubles as a powerful unit and Landmark removal for the region. Due to her Spellshield, your opponent will need to spend a ton of resources to try and get their stolen card back.

Evershade Stalker, the unit featured on Stalking Shadows, is an interesting card that can create a board from only one card when the later portion of the game arrives. Since it can’t block, it’s not a good defensive card. But if you swing every other turn, your opponent can take up to 10 damage split across five different units.

Pesky Specter is an interesting meme card that can fill opponents’ decks fairly quickly if you can summon multiple copies. While they’re not likely to run into dead draws, if a game goes on long enough, this will make an opponent potentially have to skip a turn.

Moonlight Affliction is a swingy Targon combat trick card that can make an unsuspecting opponent lose the buffs on their units and lose potential blockers in a lethal swing. Solari Sunforger isn’t a flashy card, but it can stave off aggro due to its powerful Daybreak ability and strong stat line for its cost.

Targon’s Peak favors slower Targon and Invoke style decks where you can cheat out cards worth tons of mana every turn if your deck has a high enough curve. This card can be risky, though, since your opponent can also benefit from its effect.

Since today’s card reveals showed off Targon alongside Demacia and the Shadow Isles, it’s fairly likely that Zoe will be the champion revealed within the next two days.

You can take these cards and more for a spin when LoR: Cosmic Creation becomes available on Dec. 16.