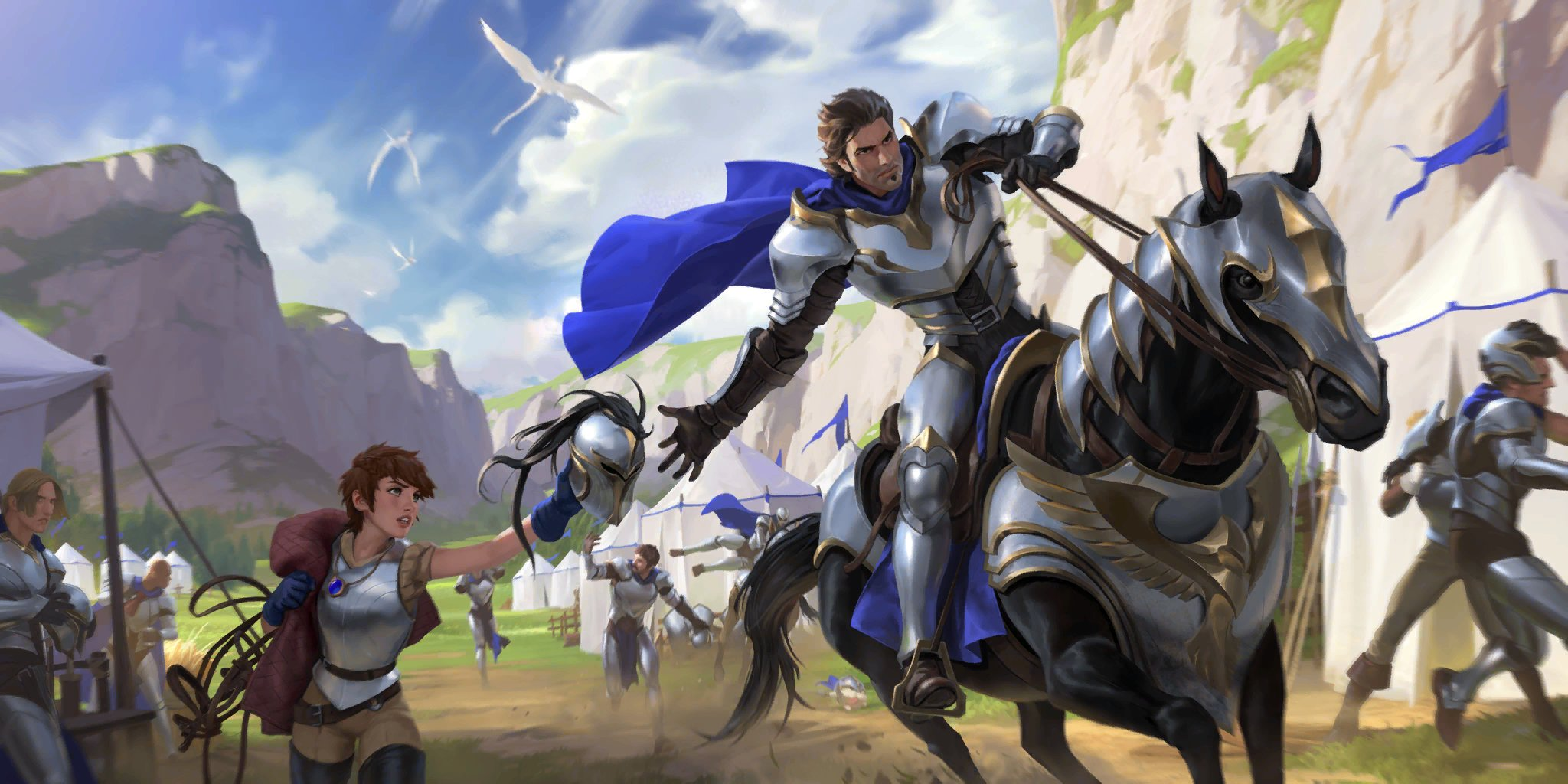 The card reveal season for Legends of Runeterra’s Empires of the Ascended expansion has shown off Demacia’s full collection for this set.

Today’s reveals have Demacia leaning into its Elite-tribal strategy and all but one unit have with the actual tag. But the only non-Elite unit has inherent synergy with the type. 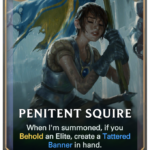 Penitent Squire is a Common one-mana 2/2 unit with a summon ability that gives you a Tattered Banner in hand if you Behold an Elite. Tattered Banner is a one-mana Burst spell that grants the next ally that you summon within the round the Challenger keyword.

Battlefield Prowess is a Common one-mana Slow spell that grants an ally a permanent +1/+1 buff to its combat stats. Honored Lord is a Common two-mana 3/2 Elite unit with an ability that gives himself Barrier the first time he Challenges an enemy while he’s on the board.

Gallant Rider and Honored Lord are similar to the recently revealed Renekton and Jarvan since they all have abilities that activate if they manage to gain Challenger or drag Vulnerable units toward them. In Gallant Rider and Honored Lord’s case, their abilities only activate the first time you Challenge, so finding the opportune time to use their abilities will be key to succeeding with them.

Penitent Squire can assist with this. As a one-mana 2/2, she has fair stats for her cost and can put pressure on the opponent early. In addition, she gives you a free way to provide Challenger once at the cost of only one mana if you activate her Behold ability, which combines nicely with the previously mentioned cards.

Battlefield Prowess and Golden Aegis are similar to other Demacian cards, like Radiant Strike and Relentless Pursuit, respectively. With Battlefield Prowess, while Slow speed isn’t preferred when compared to Radiant Strike’s Burst speed, having the combat stat buff be a permanent strength increase can help your allies become stronger and get more favorable trades.

Golden Aegis is essentially another Relentless Pursuit with an extra Barrier attached for one mana. While having a new form of Rally is nice, one weakness of Golden Aegis is that you might not be given a chance to activate it if you lack a unit on the board.

You can try out these cards and more when LoR: Empires of the Ascended drops on March 3.