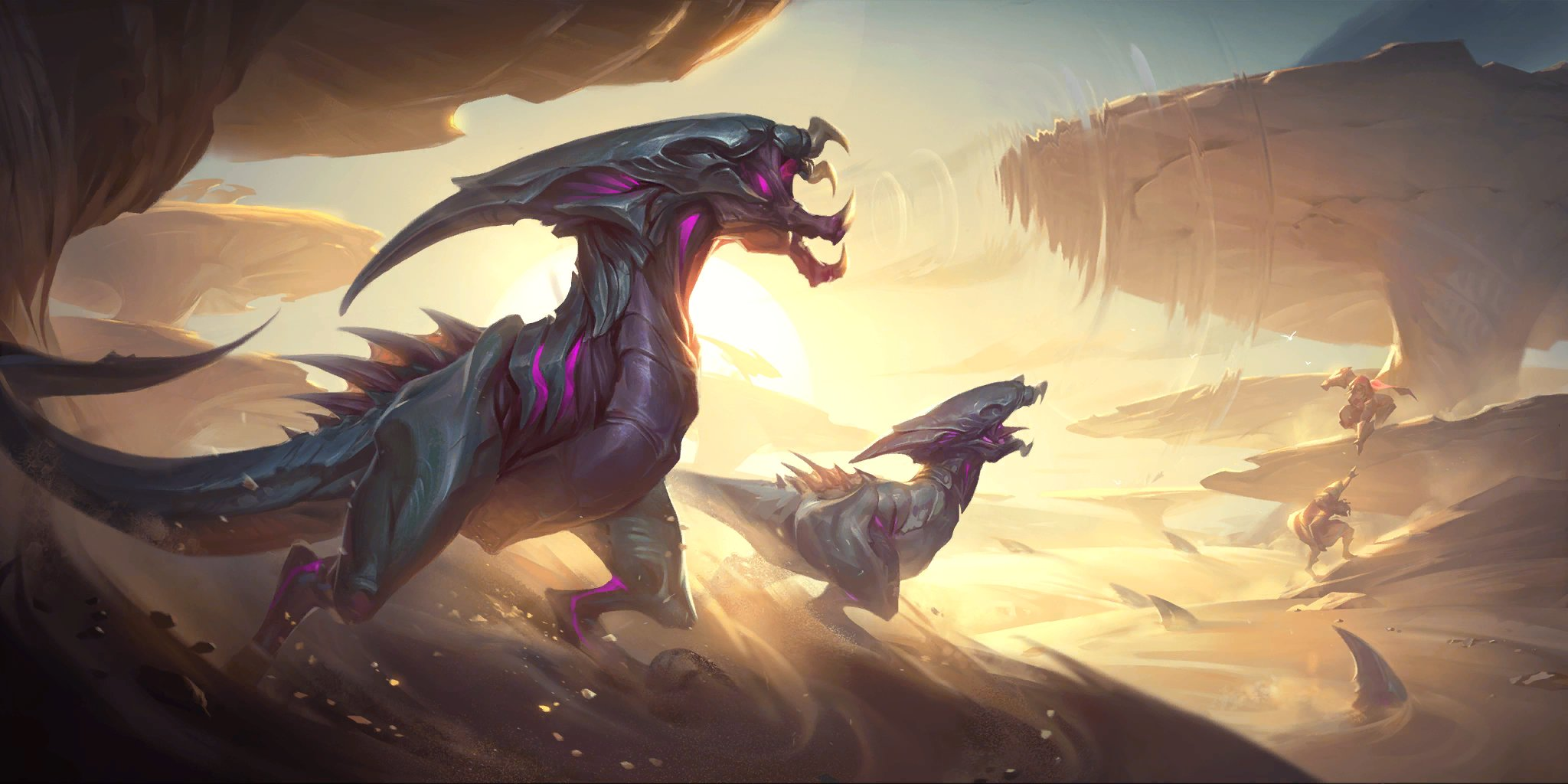 The reveal season for Legends of Runeterra’s next expansion, Rise of the Underworld, has started off in Shurima. In today’s teaser, Riot revealed four new cards from Shurima, in tandem with Mobalytics. Two of the cards revealed feature the new Lurk mechanic.

Units with Lurk gain a permanent +1/+0 whenever you declare an attack while a Lurker resides on top of your deck. 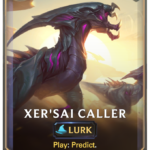 Xer’Sai Caller is a common three-mana Lurker unit with 2/3 combat stats and an ability that Predicts when played from hand in addition to the Lurk keyword.

Careful Preparation is a common three-mana Burst speed spell that requires you to play a card from your hand into your deck. Afterward, you perform a Prediction and create a copy of the chosen card in hand.

Xer’Sai Dunebreaker is a rare six-mana 3/6 Lurker unit that boasts both the Lurk and Overwhelm keywords.

Xer’sai Caller starts off with terrible stats for its cost. But if you manage to proc Lurk a couple of times, it becomes a formidable aggressive threat that needs to be answered. Thanks to the Predict that’s attached to this card, the Xer’Sai Caller can help improve the consistency of activating your Lurk attack bonus.

Xer’Sai Dunebreaker could serve as a potential curve topper for Lurker-styled decks depending on what the rest of Rek’Sai’s cycle of cards looks like. While the base stats are meager, if you activate the Lurk keyword multiple times, the Dunebreaker can become bothersome for your opponent to deal with due to Overwhelm bypassing any chump blockers.

While Feral Prescience doesn’t tangibly provide any card advantage or affect the board in any way, the ability to confirm a Lurker proc on an open attack for zero mana can allow you to get a surprise board-wide buff on attack if you succeed in selecting a unit with Lurk.

While Careful Preparation looks unique at first, the cost associated with activating it makes it difficult to use. Though getting a copy of a card you put on top of your deck sounds nice at first, the fact you effectively removed a card in your hand to do so already puts you at a value disadvantage.

In addition to this downside, if the cards you find in your Prediction don’t help you and force you to skip, you’ll lose out on the free copy of the card. That would be a waste of three mana and two cards in your hand for free.

With all of these Shurima and Lurker-related cards teased today, Rek’Sai’s reveal is just around the corner.