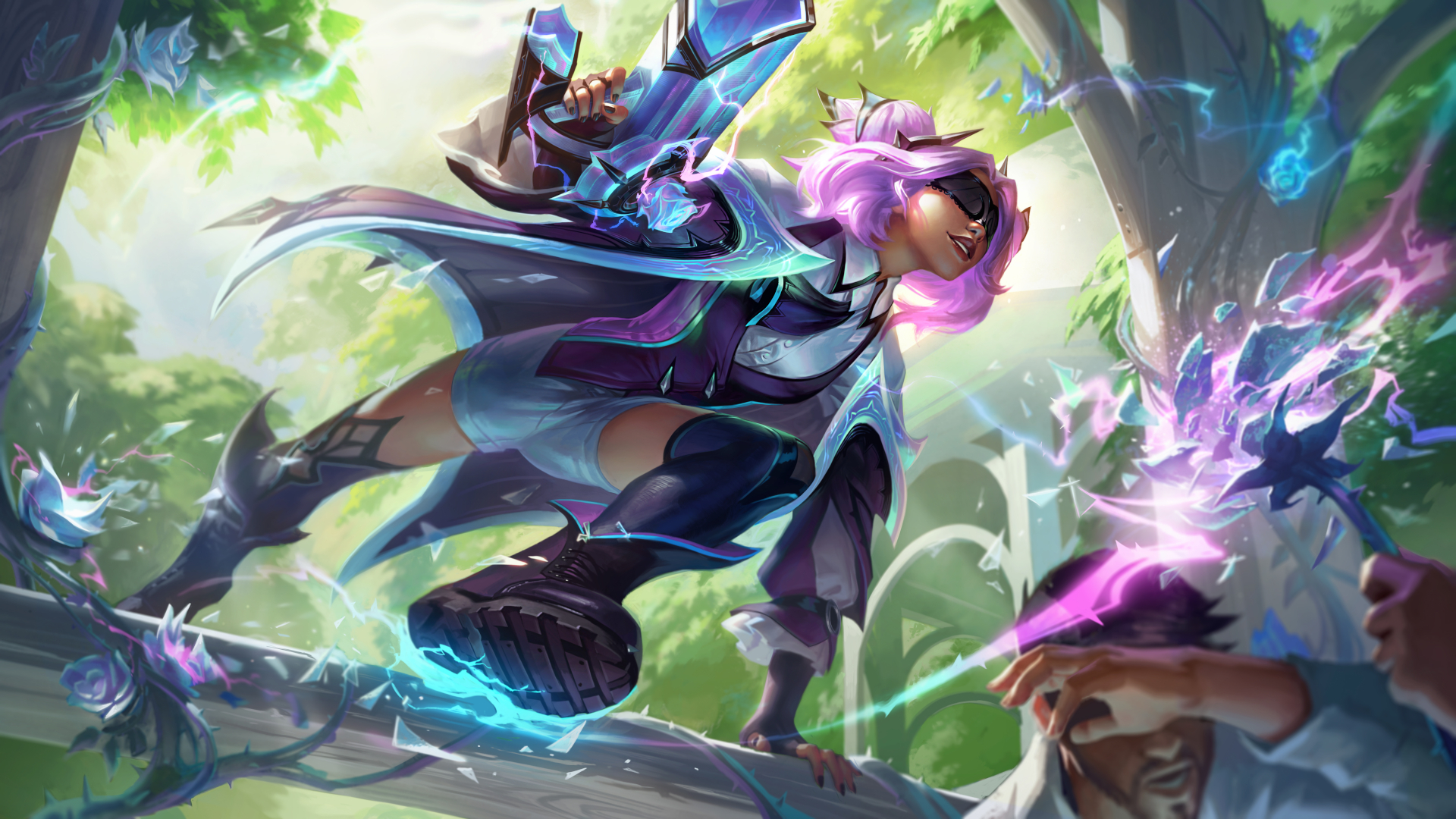 Zeri received a series of buffs in League of Legends Patch 12.11 that aimed to bring her back to a reasonable place in the meta. And while the buffs definitely succeeded in making her a more viable champion in solo queue, Riot may have gone overboard. Thankfully, the devs have been quick to react and have shipped a hotfix.

In the hotfix, which is now live, the devs focused on four champions, but Zeri received the most substantial changes of the lot. As detailed by lead game balance designer Matt “Phroxzon” Leung-Harrison in a post on social media, the fix targeted the champion’s basic attacks, Burst Fire, and Spark Surge.

Her other two active abilities, Burst Fire and Spark Surge, have been hit with decreased damage and cooldown, respectively. Zeri’s Q will now deal 105 to125 percent of her attack damage instead of 110 to 130 percent, while her E’s cooldown has been increased from 22 to 16 seconds to 24 to 18 seconds

In Patch 12.11, Zeri had many of her abilities updated, with changes to Burst Fire, Ultrashock Laser, Spark Surge, and Lighting Crash. The devs also looked into her basic attacks, which are pivotal to her kit—more so than most ADCs.

The changes led to the Spark of Zaun quickly climbing the solo queue rankings. On Thursday, June 9, she boasted a 54 percent win rate in Platinum and above, according to U.GG. The recent hotfix should help to balance her.