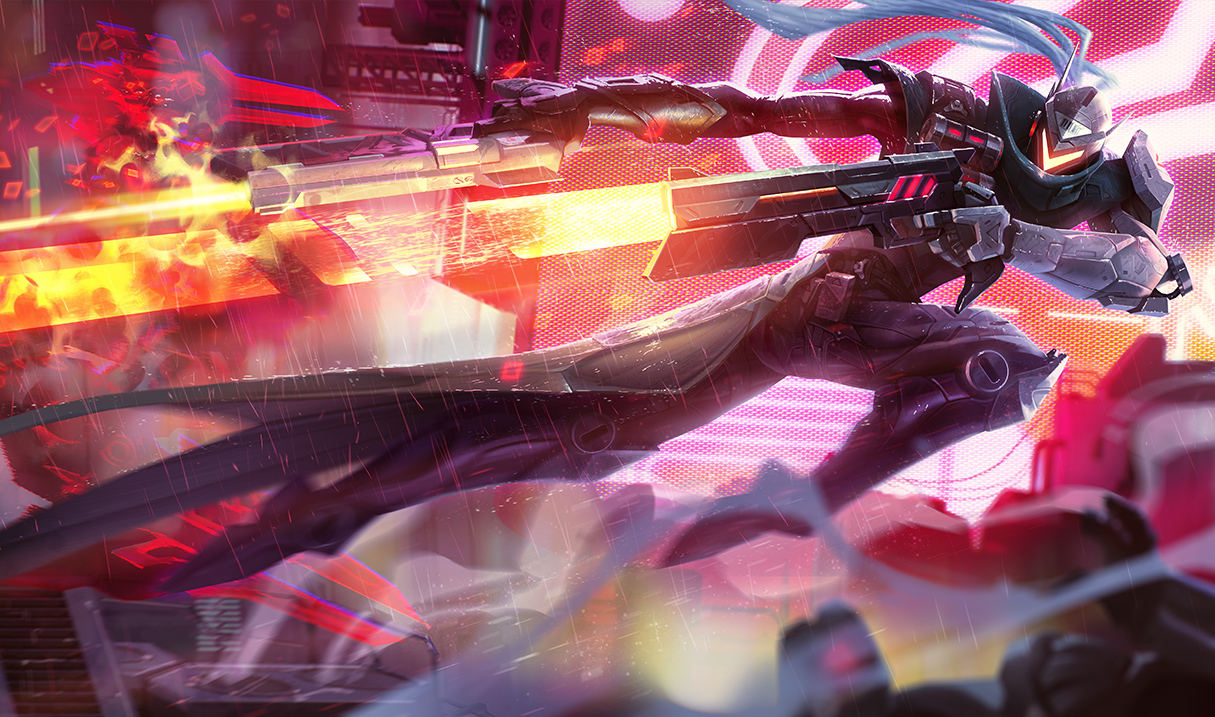 The Blade of the Ruined King (BotRK) is being turned into a melee item, according to the most recent PBE update.

The item is built on nearly every ADC in the game, which is usually a good indicator that an item is too strong. Instead of nerfing it, however, Riot is making the on-hit damage from the item only half-effective unless you’re a melee champ. This will have a long rippling effect on the meta for ADCs and their items.

The “ADC in 2017” meme started because ADCs felt generally useless at the start of the 2017 season. Tanks could deal more damage than, and it seemed like everyone on both teams only cared about ganking the bot lane, effectively turning the lane into a bloody mosh pit.

Well, the mosh pit ended, or at least, ADCs started to have more control over it. The ADC in its current state is much closer to the hyper carry role it used to be. Part of that resurgence was because a few ADCs were individually buffed. The other part, however, was because of the Blade of the Ruined King. BotRK was buffed back in Patch 7.5, and it became the go-to first buy for almost all ADCs due to its respectable damage and high life steal. It didn’t provide as much damage and life steal as, say, a Bloodthirster, but it was a lot cheaper.

ADCs had early, reliable damage and could forego their critical strike items for mid-game, where they’d actually be effective. Unfortunately, though, the fact that every ADC under the sun builds this one item isn’t healthy for a game that prides itself on complexity and situational adaptivity. But Riot isn’t just nerfing BotRK, it’s turning it into a melee item.

Well, it’s not as “melee only” as items like the Titanic Hydra and the Dead Man’s Plate, but it’s close. The bonus on-hit damage that BotRK provides (it deals a percentage of the target’s current health with each strike) will now only be half effective if you’re not a melee champ. This, combined with the fact that Ninja Tabi might block all on-hit damage in Patch 7.11, will make the BotRK so unattractive to ADCs that the item will likely fall completely out of the meta. There’s a chance that the nerf to the item’s damage for ranged champions isn’t that bad in practice, but halving it doesn’t look great on paper.

It will also probably change the meta for ADC champions. Lucian and Ezreal will be noticeably weaker, and hyper-carry attack speed ADCs like Twitch and Kog’Maw will fall out of the meta as well. Varus’ attack speed build will also fall off, and since his Q-poke build is very weak in its current state, he will be played much less. Lucian and Ezreal might make a comeback if high elo players can find another way to build them effectively, like a Trinity Force into Essence Reaver build, but that would be very expensive. The only ADC that directly benefits from this change is Jhin.

Jhin’s been generally countered by the BotRK buffs, because he doesn’t benefit at all from the item since attack speed doesn’t affect him. Early in the season, he bent the meta to his whim, and with BotRK’s downfall, he will likely make a grand comeback. The likes of Caitlyn and Ashe will still be effective, as they happened prior to the BotRK buff. Overall, this isn’t very healthy for the game, because right now, the meta is fairly balanced between all types of ADCs. With this efficient early-game attack speed item dropping off for ADCs, the meta will shift to benefitting champions that didn’t need the BotRK before, like Jhin, Ashe, and Caitlyn.

The change is currently in the PBE, so there’s a chance it will be reverted before it goes live, but if it does go live, we wouldn’t expect Riot to leave ADCs in such a vulnerable state after working so hard to bolster them back up. Changes to other attack speed items, or perhaps a new item altogether, may be in the works to compensate for BotRK shifting to melee champions. Hopefully, anyway, for the sake of half of League’s marksman champions.