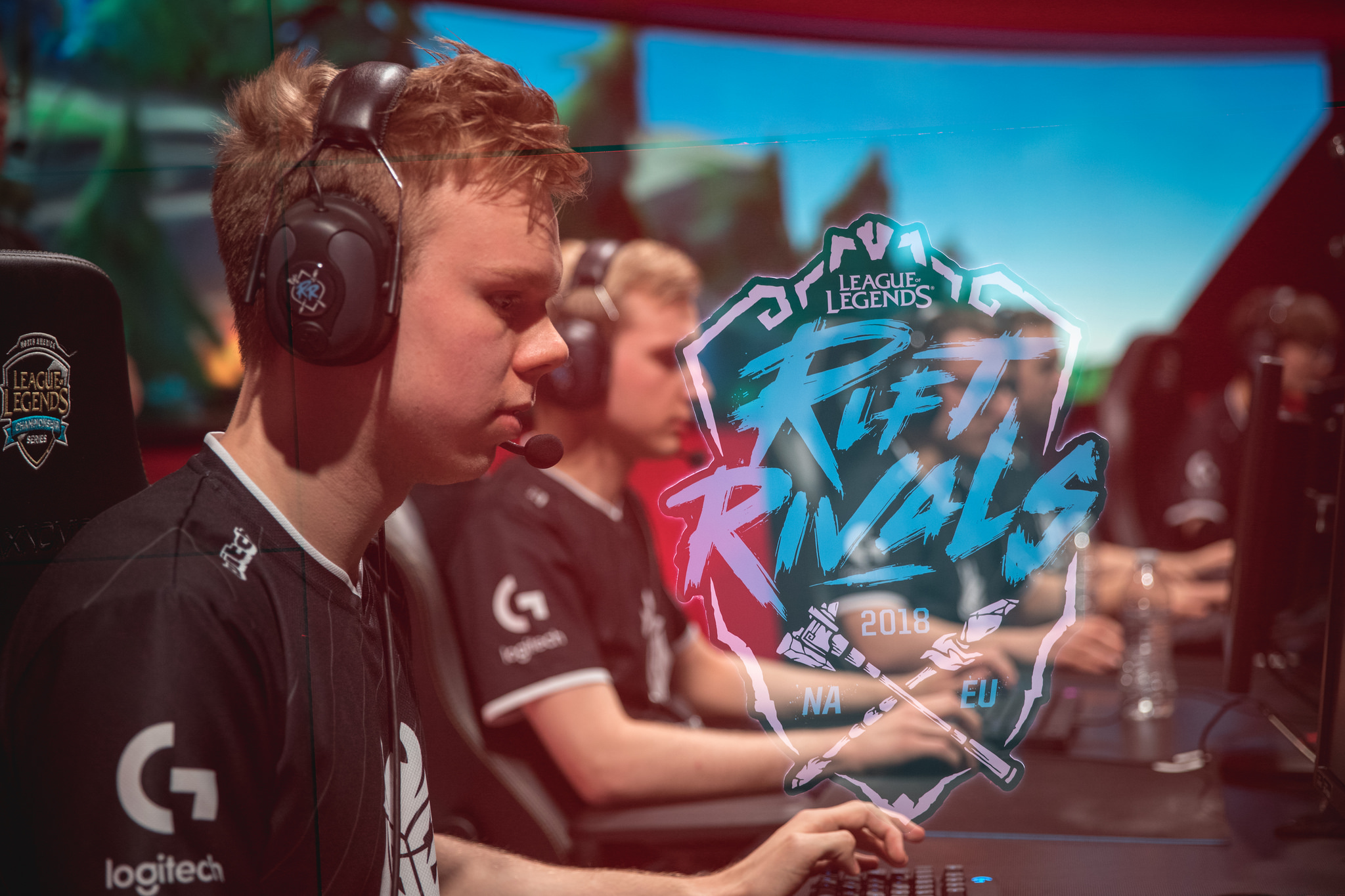 G2 Esports were ranked by our team of League experts as the No. 1 team in both LCS regions heading into Rift Rivals. They had it all—a mid lane star in Luka “Perkz” Perkovic who has played beautifully as the centerpiece of G2’s various funnel compositions, and ADC Petter “Hjarnan” Freyschuss, who’s still undefeated on Heimerdinger.

But one player that people might have overlooked was Martin “Wunder” Hansen. He’s been strong this split, but top lane is Europe’s deepest position—heck, Fnatic have played with two top laners for most of the year. But it’s impossible to ignore Wunder now because he’s been the best player at Rift Rivals.

He had some strong competition. First, there was Yiliang “Doublelift” Peng’s Kai’Sa, which teams stubbornly refuse to ban, despite him going a combined 21/1/15 in his first four professional games on the champion. Fnatic tested his Kai’Sa and he eviscerated them, getting 10 kills and handing NA the lead.

Wunder’s first game on Friday wasn’t quite as impressive—he only got four kills on reworked Aatrox. He got some jungle support and killed his lane opponent, Echo Fox’s Kim “Fenix” Jae-hun, again and again, rendering Fenix’s Renekton totally irrelevant.

So when Liquid faced G2 in the fourth match of the day, we expected a lot of fireworks. In addition to Wunder and Doublelift going head-to-head, we had a couple dark horses in Perkz—who also popped off against Echo Fox—on Yasuo and Hjarnan back on his trusty Heimerdinger.

But at the end of the day, it was Wunder who broke the game open. He picked Swain and made Liquid top laner Jeong “Impact” Eon-young’s life absolutely miserable. He again got great jungle support from Marcin “Jankos” Jankowski—after all, top lane is really a two-vs-two lane.

Even when Team Liquid brought multiple players, including Doublelift’s Kai’Sa, to Wunder’s lane, he turned things around in a big way.

But in the end, with Liquid’s base in shambles, NA LCS fans could only look on in awe of the mighty European top laner. Heck, even Echo Fox jungler Joshua “Dardoch” Hartnett was a fan by that point.

Wunder finished the Rift Rivals group stage with 15/5/26 KDA in three games. He’s proven that he’s one of the best players in either region and could be a major factor in G2’s hopes to break their Worlds curse later this year. For now, he’ll have to settle for being our MVP of the 2018 Rift Rivals group stage.