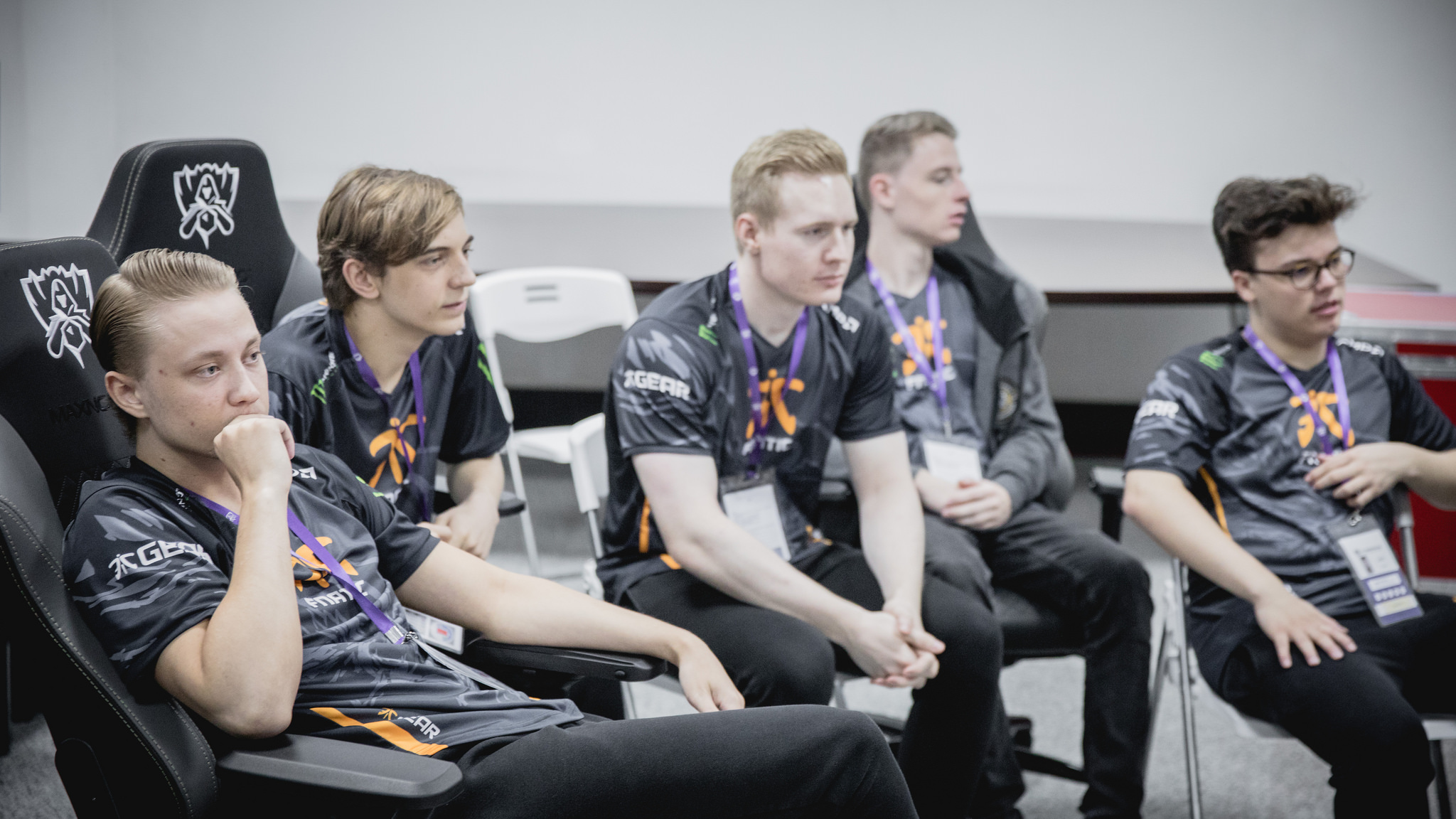 Fnatic of the EU LCS began their journey at worlds with a less than convincing 2-0 start, beating both Kaos Latin Gamers and Young Generation.

Fnatic are coming off an impressive Summer Split, losing just two regular season games before falling to Misfits in the EU LCS Summer semifinals on Aug. 26.

Related: Can Fnatic make it out of the play-in stage?

For Fnatic, who missed out on the last World Championship, the play-in was meant to be taken as seriously as possible. Fnatic needed to come out flying on the first day and pick up two crucial victories in order to try and progress to the group stage.

Fnatic faced off against Kaos Latin Gamers of the CLS in their opening match of the tournament, registering a quick, near-flawless victory against the side.

Brimming with confidence, Fnatic went into their second match against Young Generation expecting to come out with a second victory of the day with their sights set squarely on the group stage.

It didn’t quite go as planned, however.

Fnatic’s midlaner Rasmus “Caps” Winther picked up Leblanc to counter a Syndra, a match-up which is usually won by skill, and lost. Caps should have instead picked up a champion such as Corki which would have been a far better pick for the team’s composition.

After falling behind at the start of the game from their mid laner’s overly aggressive plays, Fnatic has to rely on their botlane to lead the team to a victory.

Hong Kong Attitude, however, became the first team from the four third-placed seeds from the five major regions to drop a game in the play-in stage, losing to 1907 Fenerbahce in a closely contested match.

HKA had won their previous game against Rampage with ease but failed to break apart Fenerbahce, leaving them with a score of 1-1 at the end of the day. Fenerbahce, on the other hand, ended the day at the top of the group with a score of 2-0 after destroying Rampage in the final game of the third day.

HKA face off against Rampage in the opening match on the final day of the play-in stage on Sept. 26.