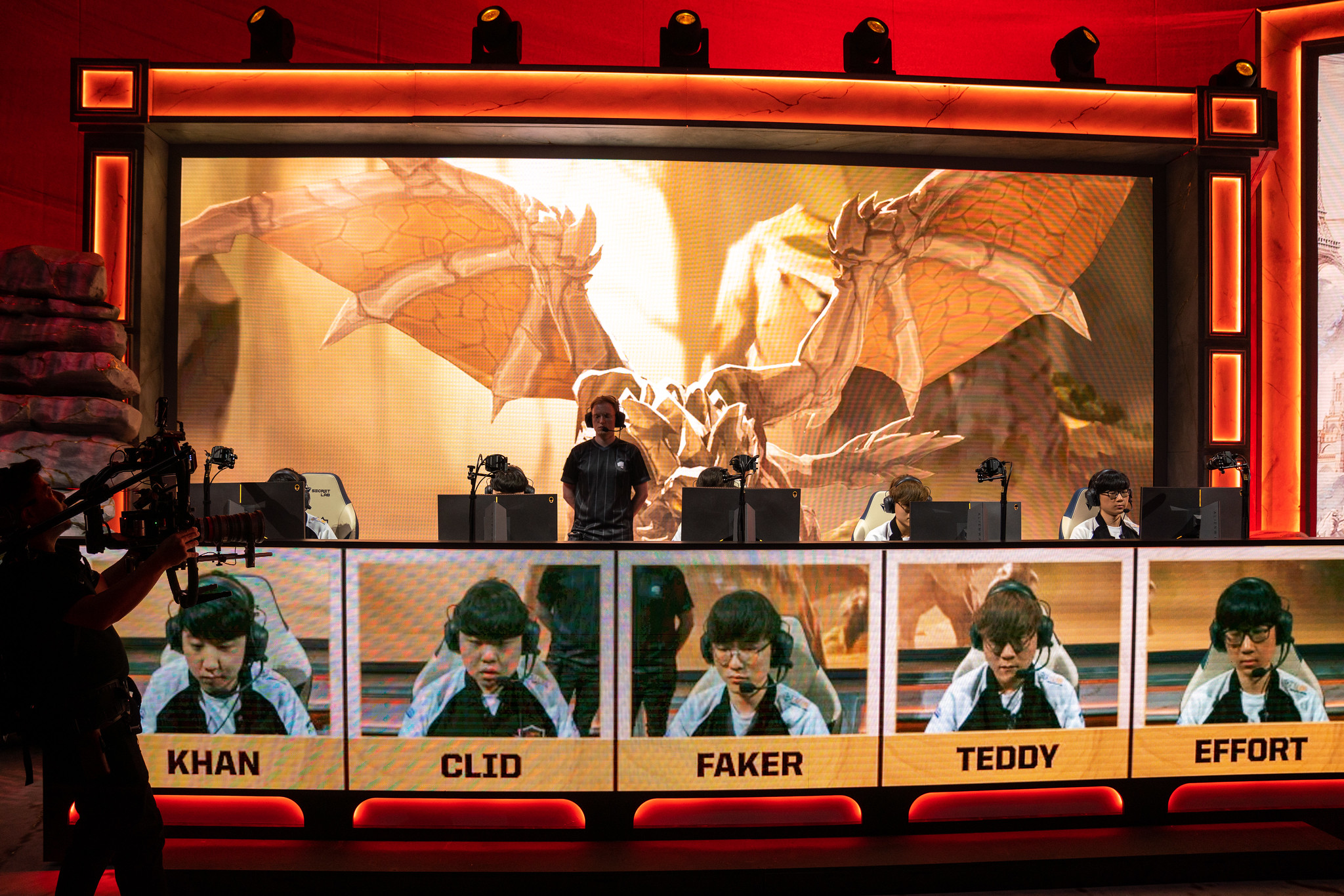 SKT’s victory yesterday over Fnatic was watched by just over two million League fans, coming close to topping the viewership of the Fnatic vs. Invictus Gaming Worlds finals last year. Their thrilling backdoor victory over Royal Never Give Up today pushed that envelope further, coming only 15,000 viewers shy of the finals viewership.

This game is only beaten in viewers by the 2017 and 2018 finals, according to the analytical service Esports Charts, and this is only the first game of the second day of Worlds 2019.

Riot’s scheduling has been stellar this tournament, placing the SKT game at the start of the day twice, maximizing the viewership for League’s most popular team. With RNG being China’s most beloved League team, however, the Chinese audience will massively dwarf the English-speaking viewer base.

The G2 Esports and Griffin game later today will be another massive draw, with Europe’s most hyped team on track for the clean sweep of competition with a Worlds victory. Griffin on the other hand, are LCK wunderkinds who have only managed to play second fiddle to SKT but finally make their Worlds debut this year.

If G2 can make a statement, the excitement is real for a second European team to win a World Championship. Griffin have been labeled as chokers before they’ve played a game. If they can overcome the already heavy burden on their shoulders, there’s a chance they can go deep in this tournament. No matter this result, the game will be a huge draw.