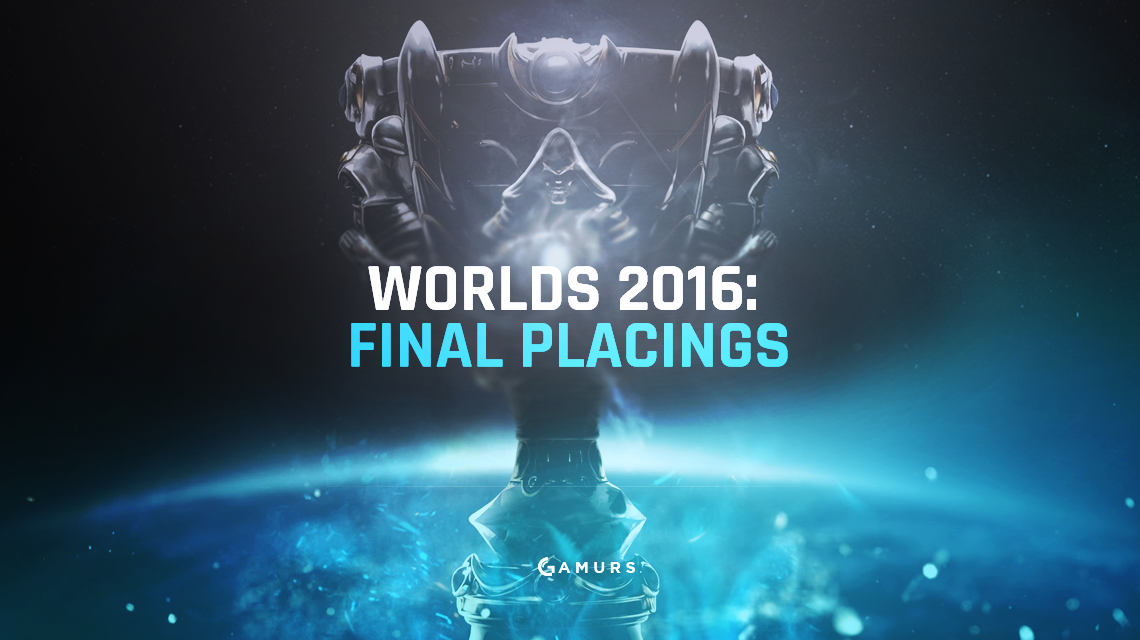 Worlds 2016 dominated the month of October and it has finally come to a close. We saw a little bit of everything, from the surprise pick of a Miss Fortune support and the success of Albus NoX Luna, to the early exit of North American favorites Team SoloMid.

Here are your final placings for this event:

What was your favorite moment from Worlds 2016? Let us know by commenting below or tweeting us @GAMURScom.