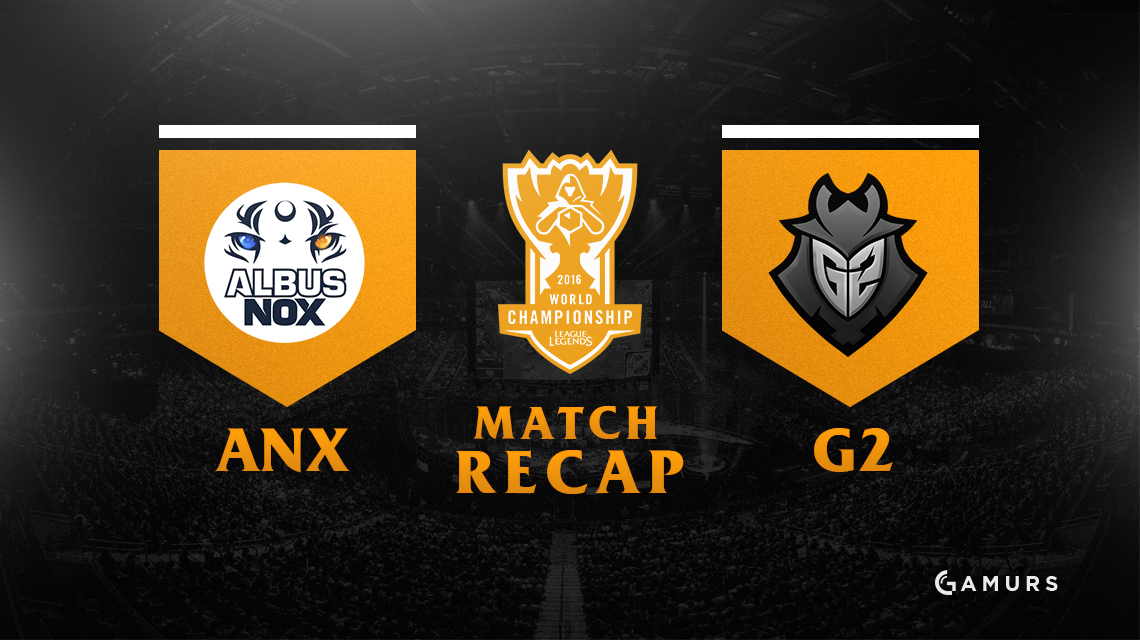 Albus NoX found first blood in the mid lane after a successful gank onto Luka “PerkZ” Perkovic. That was followed up by a skirmish in the bot lane that saw both sides burn their teleports, and ended with each team picking up one kill. The gold lead however, was still very small for Albus NoX, who led by about 500 gold. Albus NoX soon extended their lead by taking the first two dragons of the game, but G2 did their best to keep it close, holding a 2-2 kill score at 20 minutes.

Just when it looked like G2 was going to claw their way back into the game, Albus NoX took the first Baron of the game at 24 minutes, with no challenge from G2. At this point, Albus NoX had all of the tier one turrets down, while G2 was yet to take one down. Shortly after, G2 looked to start the mountain drake but had it stolen from them, putting Albus NoX ever more in the driver’s seat. NoX then turned for Baron, and zoned out the enemy Lee Sin to secure the Baron. 33 minutes into the game, and there were just eight total kills (4-4) between these two teams.

Albus NoX’s final push came after taking the Elder Dragon, where in the push, they decimated the G2 players and went straight towards the Nexus. The Anivia wall, combined with the kit of Poppy, was a devasting combo for Albus NoX in this win.