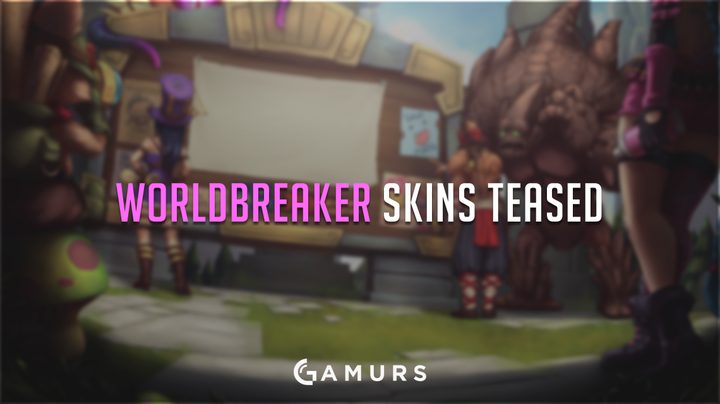 The Worldbreaker series of skins has been teased for the PBE 6.22 to be the next set of skins released. This comes after the supposed leaks on the PBE of Worldbreaker Nautilus.

The skins follow the recently revealed (and soon to be released) Harrowing Skins and many are still looking to see if Elementalist Lux and the newly teased Jayce skin also make an appearance sometime in the future.

These are going to be some of the last skins released before Season 7 goes live, so get them why they are hot.

What are your thoughts on the new set of skins? Let us know by commenting below or tweeting us @GAMURScom.