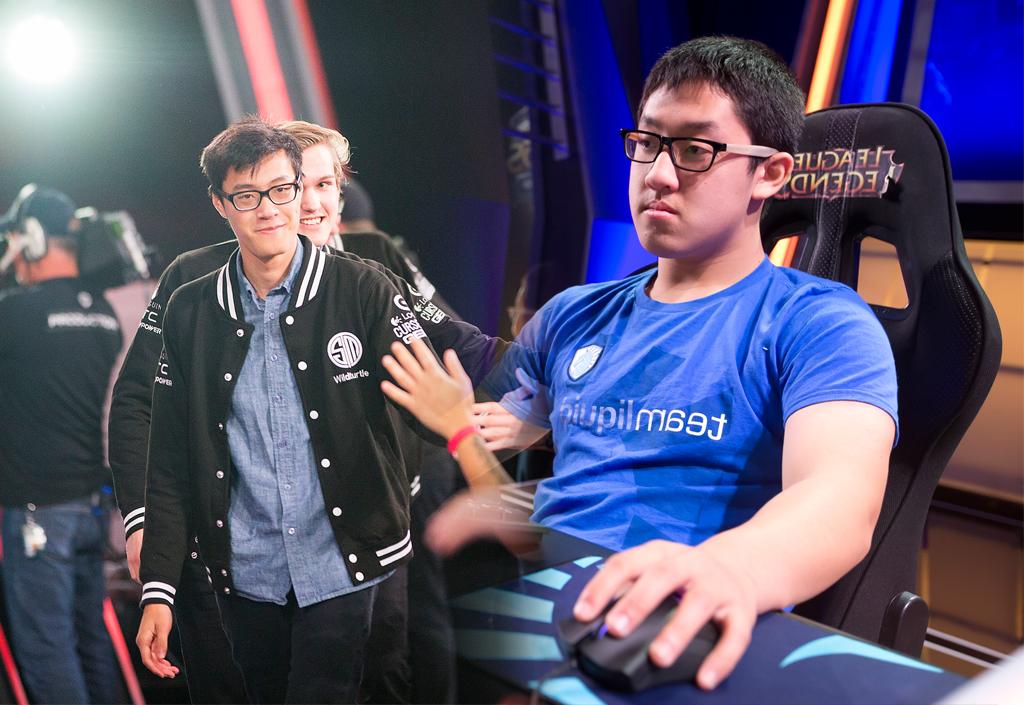 Team SoloMid would announce their intention to tryout Yuri “Keith” Jew in response to AD Carry Jason “WildTurtle” Tran’s subpar performance in the 2015 Summer Split. Keith, still signed to Team Liquid, would play six games in the LCS to a KDA of 7.28. While TL would opt to use Piglet as their primary AD Carry for the longterm, Keith would stay in the organization as a sub and on their challenger team, Team Liquid Academy. TSM would continue to say that Keith would temporarily stay under contract with Liquid, and that the move would begin solely as an in-house tryout. This announcement, however, would still prompt the following question: How does Keith rank up against WildTurtle?

In a video published to TSM’s YouTube channel, Reginald and Locodoco would attribute the tryout towards a want to find success at the 2015 World Championship. TSM’s lacking performance at the Mid-Season Invitational can be partially attributed to individual shortcomings and in-game instability. TSM is hoping that Keith can push competition out of the AD Carry position.

While we may only be 8 games through the 2015 Summer Split, WildTurtle’s play has significantly declined since his summer split. Turtle used to have an average gold lead of 94.4 at 10 minutes over the enemy marksman during the Spring Split, and now is on average, down 70.6 gold at the ten minute minute mark. Additionally, WT’s earned gold per minute and KDA have dropped since the previous split. Tran is also second-to-last in GOLD% (Average Share of Team’s Total Gold Earned), which is down 2% from his Spring Split performance.

Although TSM midlaner Søren “Bjergsen” Bjerg has also seen a decline in KDA, his role as the team’s carry has only taken on more prominence as Bjerg improved his share of the team’s damage (33.6% to 37.9%), damage-per-minute, and his EGPM. This, in addition to the team’s 6-2 record, backs up the idea that Turtle’s play has actually declined throughout the course of the season.

Keith would put up rather impressive results during his short stay in the LCS with Team Liquid. During his 6 games, Keith would maintain a KDA of 7.8 and deal 32.9% of his team’s damage. This being said, Tran would earn more gold-per-minute and hold a higher percentage of his team’s gold during the entirety of the split.

“After MSI, I sat WildTurtle down to talk to him about his gameplay and how they [him and Dyrus] needed to improve drastically in order for TSM to do well at Worlds… because at that point, they weren’t world-class players and it was going to be really hard for us to make it through NA LCS and perform at Worlds. We haven’t seen any improvement [with WildTurtle], so it’s hard for me to justify keeping him on the roster.” – TSM Owner Andy “Reginald” Dinh on WildTurtle’s performance

The potential switch to Keith could bring a shift in play style, and more importantly, mentality. At 17 year-olds, TSM’s new tryout seems to be motivated to both make the jump to the main roster and possibly even help the team perform at worlds. Although Keith’s champion pool is nearly identical to that of WildTurtle’s, the differences in play style are significant. Commended for his solid team fight positioning by fans during his play on Team Liquid, Keith has demonstrated his ability to excell at both aggressive assassins such as Vayne or safer hyper-carry type champions such as Tristana.

While Turtle hasn’t necessarily lost lane every game in the 2015 Summer Split, his ability to punish when givin advantages or his ability to keep a significant advantage over enemy marksmen has been lacking against North American ADCs: a bad sign for a team looking to perform on the world stage.

During the Season 3 World Championship, CLG ADC Yiliang “Doublelift” Peng would rank WildTurtle as the 4th best marksman in the world during an interview with Thorin. Regardless of the validity of this statement, it’s fair to say that WT is one of the greatest marksman ever produced out of North America.

Although perhaps issues with motivation could have caused Tran to decline in recent months, WildTurtle’s success in SoloQ and his successes with Team SoloMid help support the statement that WildTurtle is one of the better marksman that TSM can currently acquire. Keith’s tryout could be used in multiple ways: to both add a great marksman to an already solid team, and to perhaps revive a great marksman that has been lacking in recent months.

If SoloMid choses to officially acquire Jew from Liquid, it could add depth to an AD Carry role that has proven to be inconsistent in recent years. That being said, the decision to look at Keith could create unneeded drama in a roster that has remained unchanged throughout the 2015 season.