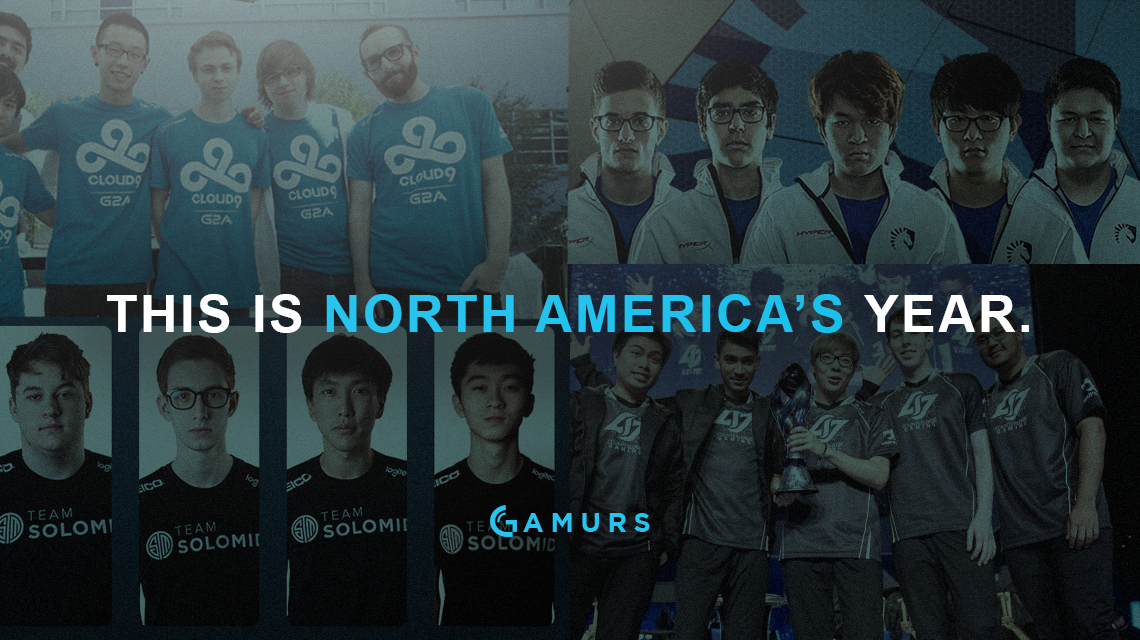 Going into the 2016 season for League of Legends and during the summer playoffs for said worlds places in all LCS regions, the overall consensus is clear. The winner will be someone from the Korean or Chinese leagues, maybe a European team if they get lucky, but why not a North American Team?

It’s my honest opinion that a North American team can be the favourites this year to take the title away from an Eastern dominated world circuit from what I have seen these past two splits. North America, as a region, has improved drastically with the acquisition of players like Huni, Reignover and Biofrost mixing in with NAs all-time star players such as Doublelift, Bjergsen and co.

The region as a whole has gotten a lot stronger as the organization has improved teams on a split by split basis. We also need to look at teams like Counter Logic Gaming who, by going to the mid-season invitational and outplaying multiple teams give the entire region hope that it can be done as we move into the World Championships in North America.

I would consider it a colossal failure if no North American teams make it to at least the semi-finals of the world championships with its large wealth of talent and extra playing time due to its new and vastly improved Best of three format which is what I personally believe should become the norm for all regions moving forward.

North American fans have been crying out for their teams to perform on the big stage when it counts, it’ll be interested to see which three teams go on to represent their region on home soil and if any of them will get past the group stages this year after a whitewash in Europe last year that saw the rise (and eventul fall) of Origen.