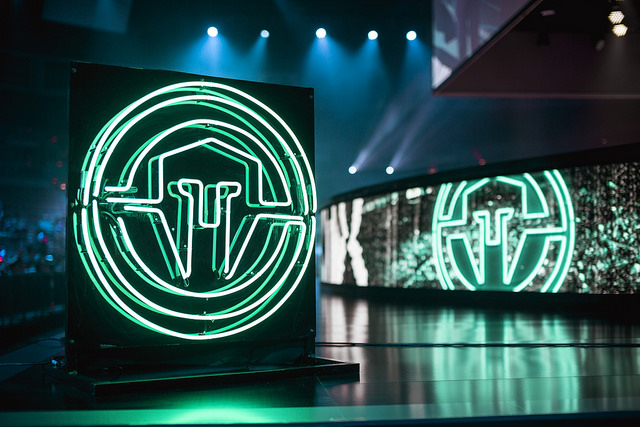 When ESPN reported yesterday that Immortals’ application to the NA LCS had been rejected, the community reacted with shock, disappointment, and outrage. Messages from Immortals team members and staff, and outside parties including pundits, analysts, and fans flooded social media and Reddit.

In just two short years, Immortals had established itself as a bedrock organization in the LCS. The organization checked every box. It had an amazing record in competition, including a finals appearance in the 2017 Summer Split playoffs. Transparency, communication, and a strong social and streaming presence helped the team garner a legion of loyal fans. An philosophy that put player and league welfare right up with the organization’s own goals made them favorites.

Immortals should have been a no-brainer for franchised LCS league. So why the hell are the left out?

What Immortals brought to the table

Of the endemic teams with the strongest resumes, Immortals had been in the LCS for the shortest amount of time. TSM, Cloud9, CLG, and Team Liquid all had been in the league since the first year and have participated in several big moments along the way.

But it’s safe to say Immortals have made the most of their time. They cracked the playoff finals last split, breaking up a string of TSM vs. Cloud9 finals. The team’s growth from spring through its appearance at Worlds is a testament to the team’s coaching, scouting, and player development abilities.

The success on stage is only a part of it. The team’s strong organizational philosophy has made it a fan-favorite. Some owners have grumbled that, backed by VC investment, Immortals signed deals with players that permanently increased the value of player contracts. Arguably however no organization has done more for players than Immortals. From fair contract terms to a healthier schedule to dedicated work spaces, the organization has made several innovations that will benefit the LCS for years to come.

Led by young CEO Noah Whinston, Immortals has championed several causes important to the growth of esports. It’s no wonder that he was part of Riot’s initial franchising announcement. But now they’re out, and we don’t have a good reason why.

Riot’s reported reasoning for excluding Immortals from the LCS had two prongs. First was its involvement in the Overwatch League, where Immortals is the Los Angeles-based franchise. The second concerned Immortals’ finances. But should these have been deal breakers?

The L.A. OWL issue is a red herring

To ignore potential conflict is naive. Even though Immortals is funded well enough to sustain growth in both esports, it’s not hard to imagine a scenario where the organization could prioritize one league over another. And given the nascent natures of both OWL and the new LCS, there’s a lot at stake—what happens over the next couple years could chart the course for the next couple decades.

That said, there are no immediate problems. Los Angeles is a huge market, more than big enough to support both OWL and LCS franchises. The city already boasts competing franchises in the MLB, NBA, and NFL. In fact, there is an argument that having more esports teams and competitions based out of Los Angeles would be beneficial to all. There simply isn’t evidence that Immortals’ participation in OWL would harm LCS attendance at all.

It’s also important to consider that OWL’s basic structure is very different than LCS. All 10 LCS teams compete in Los Angeles, but Immortals’ L.A.-based OWL team will compete with other cities. If anything, OWL has a more sustainable model that will be able to grow its audience more quickly in different geographic markets. That’s not an Immortals issue—it’s a Riot one.

Was it the money?

The other update from the original ESPN report was that Riot reportedly had concerns over the team’s finances. It’s no secret that the high-value contracts the team signed meant an operating profit would be hard to achieve.

But the fact that Riot sources contacted ESPN to note this second reason—the original report indicated only that Immortals’ involvement in OWL was an issue—seems like the source is trying to address the outcry. It would be surprising if Immortals’ revenue were on the level of TSM’s. But it would be equally surprising if they were in a worse than Echo Fox, who despite strong backing, have not done nearly as good a job creating content or engaging fans.

Whinston’s remarks to ESPN that the team’s finances are not different from other applicants sounds more plausible. This isn’t a complex industry, from a financial perspective. Finding revenue is difficult, but there’s not much Immortals or other teams could do to hide their numbers.

Finally, this decision reeks of cutting the nose off to spite the face. Even in a worse case where a conflict, strategic or financial, arose, Riot could simply structure the partnership agreement to protect the LCS. Other leagues have clear mechanisms for moving on from a particular owner, and having those procedures in place for all teams would be wise.

The bottom line is, taking out Immortals now eliminates all the myriad benefits they would bring to the LCS for nothing in return. It’s a high-risk, low-reward move.

From the outside, Immortals’ ongoing participation in the LCS would have absolutely been a boon to the league as things get started in the new model. Keeping them in would make things easier without carrying much risk going forward. It was the smart move.

But if they are out, the LCS will probably be fine. The growth of League esports isn’t really tied to any one franchise, even one like TSM. The LCS will either succeed, or it won’t, but it’s not likely that Immortals’ participation would have moved the needle much in either direction.

There is one part of this decision that remains significant, however. Despite the permanent partnership model and the newly-created player’s association, the LCS remains a system domineered by Riot. And in the past, Riot has shown spotty decision making with regards to esports. It’s possible that after swallowing this decision, Immortals will come to realize that Blizzard and OWL are better long-term fits for its aspirations.

That’s the real concern—that Riot’s decision making, generally and not specific to just this decision—will hamper the growth of the LCS. There is enough fan support for both LCS and OWL to thrive. Esports will be better off if they succeed. But the organizations involved in both need to make smart decisions over the next year to ensure that happens.