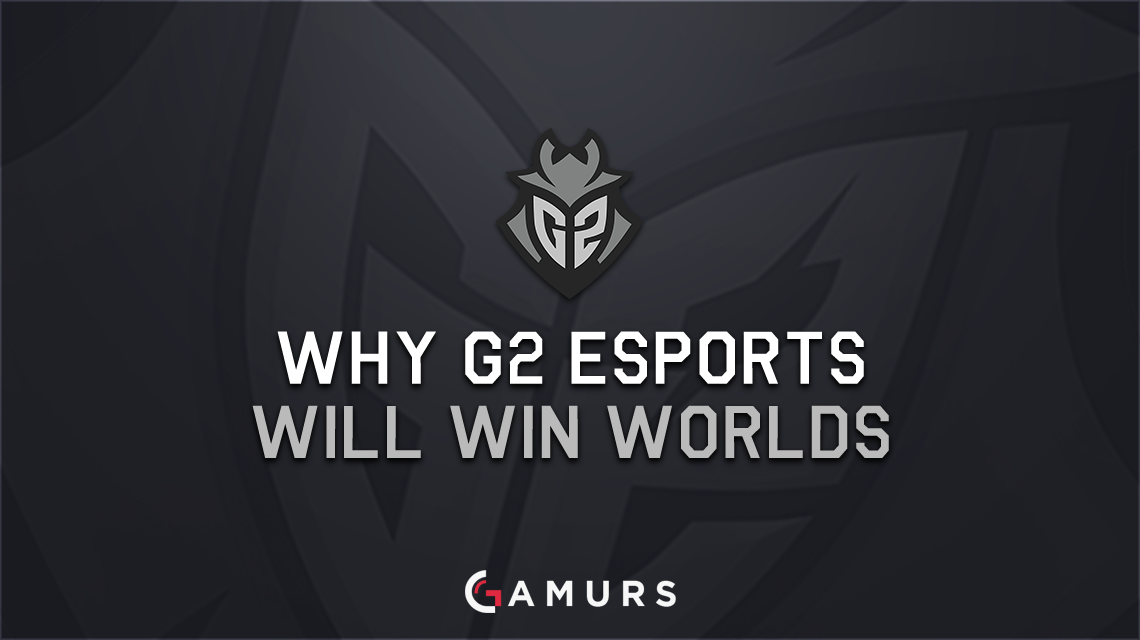 G2 can pull off a Fnatic

What do I mean by that? I mean that G2, like Fnatic last year, can prove to be a surprising force going into Worlds coming off of their summer split success. They will look to become a dominant force that can challenge for a place in the finals, or even win the entire event.

My father always told me that every team in a Worlds final has an equal chance of winning the event because they wouldn’t be there if they weren’t good enough. In theory, every team has a chance of winning Worlds 2016; if they come up to a game and outplay their opponent, there is no reason that even Albus Nox Luma and INTZ e-Sports will meet in the final if they show up. But that is another thought for another day. For now, let me tell you exactly why G2 Esports can and will win Worlds 2016.

G2 not only has an impressive collection of individuals, which includes two Worlds semifinalists, but their potential as a team going forward is insane. They have been placed into a difficult group, but if they get out of it or even win it, that momentum could help them progress through the tournament. They will feel like they have a lot more to prove after MSI 2016 and the hunger is there. They have more to prove going forward and I feel G2 will be out there knowing they can win it all if the team shows up each day.

G2 sport a higher overall team KDA (1.52) in the summer season then both SKT (1.22) and ROX (1.39), two of the favourites at this competition. They also sit on the same amount of wins as SKT for the summer season (28), even though G2 played fewer matches than SKT overall.

Additionally, G2’s overall gold difference is significantly higher than most of the teams going into Worlds, clocking in at an average of 1181 in all of their matches, with fellow Group A team ROX Tigers only ahead by 372 on average. They are also tied with ROX for time spent with a gold deficit at 11.7 percent, showing that they aren’t losing gold in a majority of their games, which will be crucial moving forward.

This style of play where they gain early gold leads could be crucial to G2’s Worlds success at finishing a game quickly and capitalising on kills, like a sweep and run tactic. G2 will be able to take advantage of even the smallest mistakes, and their players are built up to exploit their opponents’ failures.

A lot of people, both fans and critics, have come out and said “top-eight or bust” or “anything worse than top-four is a failure.” I honestly wouldn’t consider anything this team does to be a failure with their wealth of potential. However, I feel as they currently stand, G2 has everything in place to become Europe’s second Worlds champion.

Who do you believe that G2 can win Worlds 2016? Does G2 have a chance or will someone else take the mantle? Let us know by commenting below or tweeting us @GAMURScom.