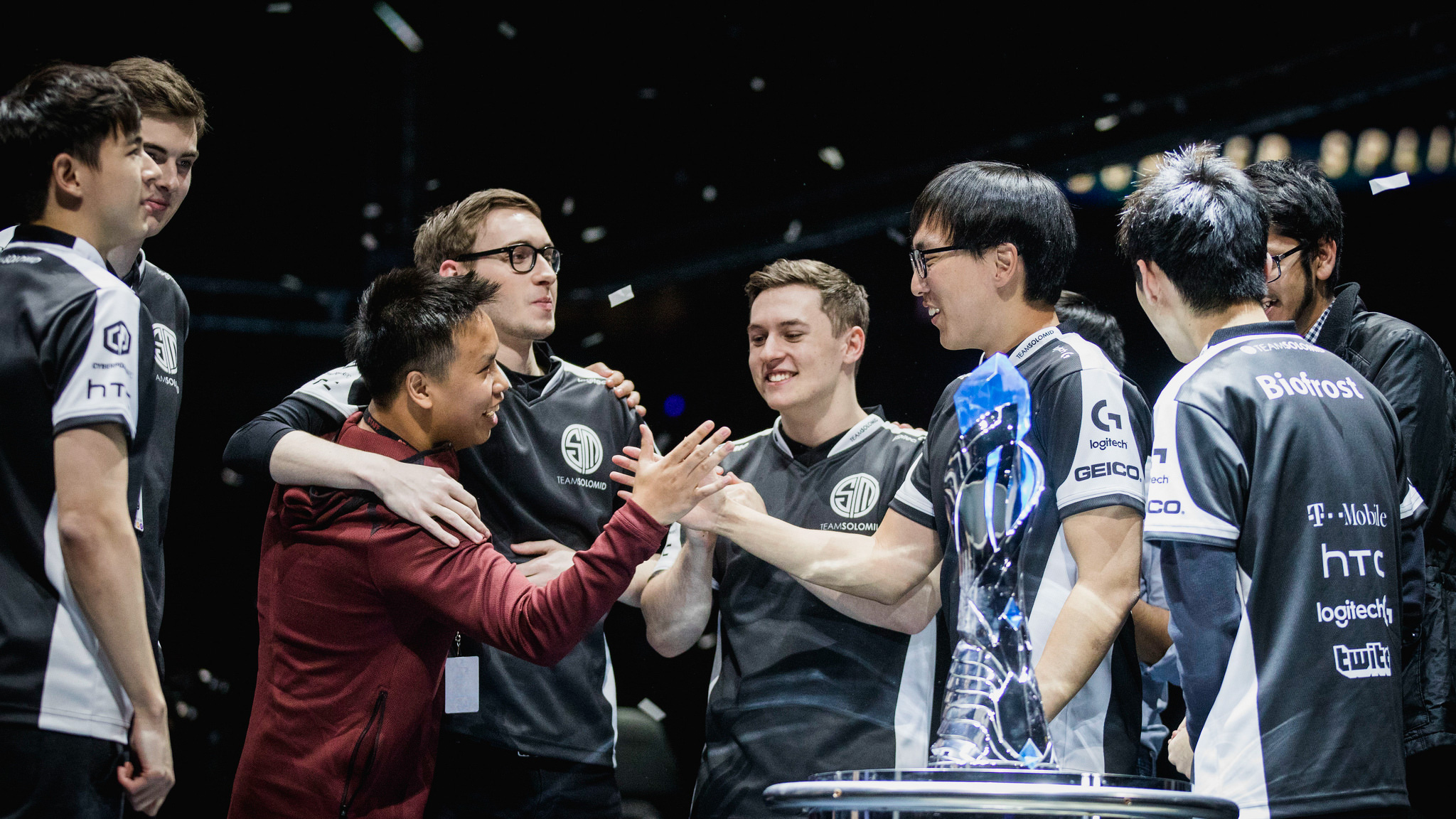 It’s never been a better time to be a TSM fan.

They just won their record third-straight NA LCS championship. Mid laner Søren “Bjergsen” Bjerg won another MVP award. And surely, this year is the year they finally do well again at Worlds, right?

But not all is well with the Baylife fam. That’s because a vocal portion of the community loves to hate TSM, and the team’s success only increases the flame. In the last 24 hours, we’ve seen an Inven Global post detailing Korean fans’ dislike for TSM and a video from esports personality Duncan “Thorin” Shields explaining why people “hate TSM fans.”

So why is it that TSM is such a target? We broke down the recipe that makes a TSM hater.

Start with the owner

TSM founder and owner Andy “Reginald” Dinh is a pioneering figure in esports. It was his controversial back-and-forth with Riot founder Marc “Tryndamere” Merrill that sparked renewed discussion about team economics that led to the NA LCS becoming a franchised league.

One of Reginald’s chief qualities is being outspoken. It doesn’t matter who the target is—the league, Riot, other teams, or even his own team and players. Reginald has learned to tone it down in recent years as TSM has become more of business with teams in other titles, but he still does not back down. He’s bold, brash, and confident, and that sets the tone for the entire organization.

That also puts a giant target on his back as a character haters love to throw shade at.

Add in a controversial ADC

But at the same time, he seemed a perfect fit for their culture. And when CLG kicked Doublelift following Season 5, the stars aligned for the perfect union between Doublelift and Reginald. Cocky ADC met cocky owner and the results have been stunning.

Doublelift shored up one of the team’s key weaknesses and talked a ton of trash while doing it. He’s always been a controversial figure because of his mouth—he’ll trash nearly anyone. But TSM has managed to harness his aggression in a way that CLG never could. By giving him autonomy, they’ve unlocked a terrifying shot caller in the duo lane.

For years, people have loved to hate on Doublelift because of his bold predictions. By joining forces with TSM, the shade thrown at him multiplied.

Stir in the whole Korea thing

As far as we know, the whole controversy with TSM’s scrims in Korea last year is water under the bridge. The team was hacked which led to some scrims with SK Telecom T1 being leaked. Then coach Weldon Green came to the team’s defense via a strange criticisms of the Korean systems, where he blamed the bigger Korean orgs for not being forthright in their scrim practices. He also made a big mistake by confusing the issue with Korean nationality, which people took offense too. Then, the final straw came when the team failed to shake hands with Samsung Galaxy after a group stage loss.

TSM has apologized multiple times for this relatively minor indiscretions and parted ways with Green after the season. Still, this is another controversial moment in the team’s history that people haven’t forgotten. To some, this is another example of TSM stirring the pot—in a negative way.

Top it off with the fans

Thorin’s chief complaint in his latest video about TSM is that he’s been attacked by TSM fans more than those from any other organization. There, he may have a point. TSM has one of the most vociferous communities in esports, spurred on by Reginald. The team uses a unique, silo’d communication strategy—replying primarily on direct fan engagement and avoiding outside media. That results in an echo chamber of pro-TSM opinions. That environment leads strong fan loyalty, but also ignores, or even derides, outside opinions.

Duncan argued that no other team’s fans are quite as irrational as TSM’s. But no other team is really quite like TSM. C9 and CLG are successful, sure, but not nearly as successful as TSM. Nobody has an owner as well-known and active as Reginald. TSM’s brand is fueled off of their competitive success and the trash talking that comes with that success.

TSM know that by talking and winning, they’ll be in the news. So far, it seems they’re okay with being the source of some controversy. So keep hating TSM, if that’s your thing. It’s all a part of their bold brand strategy.

We reached out to TSM for comment but a response was not received at the time of publishing. All photos via Riot Games.