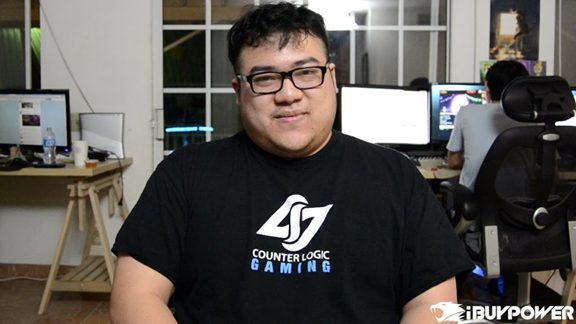 One of the biggest hot topics in the League of Legends competitive scene is about a team’s coach, especially whether or not they have one. While some of the discussion surrounding coaches is well informed and thoughtful, a lot of people do not seem to grasp why coaches are so instrumental to a team’s success. Here is my personal opinion on why this whole situation has come up now and why coaches are so important.

A lot of people are probably wondering why the whole coach situation has come up now, and never before. The reason is quite simple: quite simply, League has evolved. It is more popular now than ever before, and because of that teams have become more and more competitive. In order for a team to remain competitive, they have to evolve. They cannot do the same things and expect to get the same results, as enemy teams will adapt so that they are accustomed to the play style, and know exactly how to play around it. This fact has forced teams to improve themselves and innovate, or be left behind. Not a very appealing alternative as League of Legends keeps growing at a rapid pace.

Scarra is the most obvious example of an outsider; he is now the head coach of CLG after being a player and subsequent coach for Team Dignitas.

One of the most important attributes of a successful team is their ability to coordinate well. Without adequate coordination, a team cannot set up plays such as dives, sneaky ganks, and smoothly fought teamfights. All of these have been shown to be vital to a successful team’s repertoire, and they all require good communication and trust. This trust and communication is only developed as teammates spend time together and bond, becoming equals in the minds of each other (for further reading on this, I recommend reading Doublelift’s interview http://na.lolesports.com/articles/doublelift-i-was-never-born-be-leader). This makes it almost impossible for any teammates to critique each other, as it will cause resentment and turbulence between each other, destroying the vital trust that a good team has between its players. This is where a coach comes in; he/she is an outsider.

Withholding unusual teams, it is only an outsider that can properly criticize and call out individual player’s performance as needed. It is easier for an outsider to perceive problems, simply because they do not become completely caught up in the heat of the moment. They have the ability to remove themselves from the situation and face the raw facts of a team’s performance, both their mistakes and their strongpoints. Well, if all you need is an outsider, then why not just have a remote analyst who tells the team what they did right and wrong, and then the players individually fix it? Well, that is not an optimal situation. Many situations can be prevented with a live in coach who is watching not only the team’s matches, but also their every practice. They can foresee problems before they occur and prevent them. It is also easier to understand the team dynamic in person, which makes for better and faster fixes that affect the root cause of the problems, and not just its manifestation. Not only that, but coaches should and do serve as a form of a lightning rod for the players.

A coach should serve as a lightning rod for both the team and the public. As far as the team dynamic goes, it is important to realize that most people do not immediately respond well to criticism. Most of the time, people automatically become defensive when facing reproach. Yet, it is important for players to face the criticism. They need to improve and they need to face the facts; if they are playing terribly or consistently making a mistake, they need to be called out on it so that they can fix it, even if they are not aware it is a problem in the first place. For that matter, sometimes arguments break out over whether or not something is an issue (or whether a certain strategy is good or not), and the coach should be there to absorb the ill will and resentment that would otherwise ruin the camaraderie and trust between teammates. He is the vent for the individuals, keeping the player’s relationships to each other healthy.

It is the coach’s job to improve the team, while it is the players’ job to improve themselves, a fact that a coach must keep foremost in his mind and make decisions based off of. Because of this, coaches bare the brunt of the public’s criticisms. If a team performs below expectations, it is their job to take the blame so that the players can focus on playing the game. If they do not, players begin to tilt, and a downward spiral in performance and mentality is likely to occur. This is not what a team desires at all, as they need all of their members striving to improve and perform at their upmost capacity. In addition, if a controversial benching or replacement needs to occur, the players should not have to face the public outcry. It is the coach’s call, and if they think that it needs to be made, they will face the consequences (whether it was a good move or not). The team members’ role in this scenario should solely be to adjust to the new differences from the old member to the new one; they cannot and should not have to face the harsh criticism from an uninformed public. They have enough pressure to deal with already.

Thank you for your time reading this article.