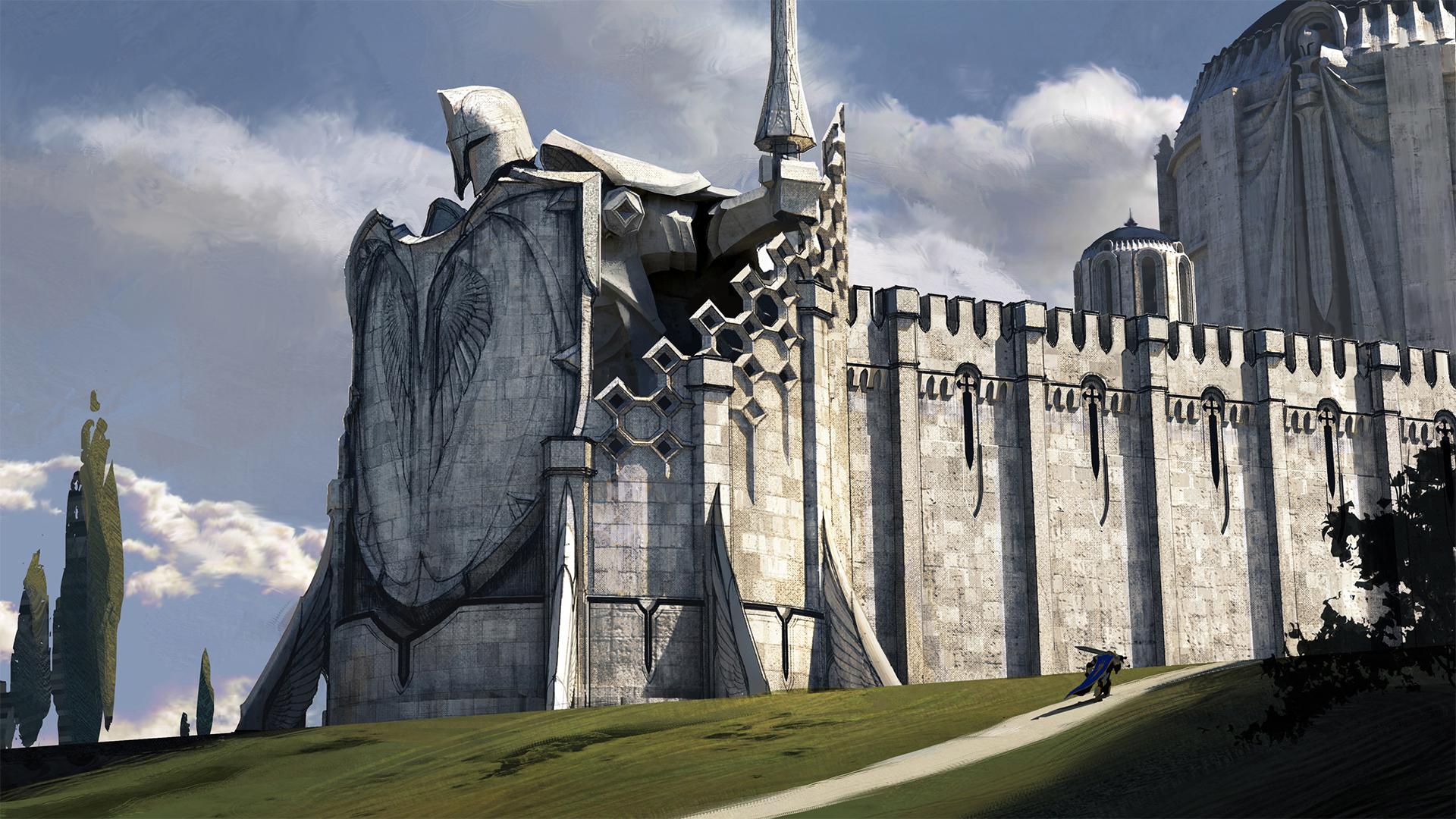 Riot released a handful of teaser images on Universe, the official League of Legends lore platform, yesterday—and these images depict who we assume is the game’s next champion.

This person used bright golden chains to wrangle up Demacia’s most well-known heroes, and we theorized that the new champion would be a Demacian super-villain of sorts, or some type of criminal. As it turns out, we may have been right on the money. In a short story that was posted to Universe last week, Riot revealed a Demacian character named Sylas, and we think he might just be the new champion. And if he’s not, it’s not too much of a stretch to imagine they’re related somehow.

The story, called Demacian Heart, is a tragic one, and Sylas is the incredibly depressing “protagonist.” For a while, Demacia has been toyed around with as this very bright and prosperous nation with a dark side—the dark side being the fact that magic is forbidden, and any mages are hunted down and either imprisoned or killed. In fact, Galio is a golem made of the anti-magic mineral called petricite, and he was built for the sole purpose of finding and destroying mages in battle.

Sylas is actually a mage, but his magical power is simply that he can see magic in other people in the form of bright lights. At least, that’s what you’re led to believe his power is, at first. We won’t get into too many details of the story, because it’s a long one compared to most of Riot’s short stories, but we’ll summarize it quickly so you have an idea of who Sylas is as a person.

Essentially, he’s a mage, but Demacia is cool with it because he works for them. The story takes place when he’s a young boy, and he walks around with these people called mageseekers (the people who hunt the mages) and points out when he sees the bright lights in people. In the story, he grows a conscience about it, intervenes to save a young mage girl from certain death, and ends up torching her, her father, and the mageseeker that was accompanying him. How? Well, the girl is about to fire a lightning bolt, but it hits him, and his body basically absorbs it and fired it out in all directions, frying everyone. After he realizes what he’s done, he goes on the run, knowing that Demacia will hunt him down—and then the story ends.

So, we have this magic-absorbing fugitive who undoubtedly has a grudge against Demacia and is understandably a little damaged in the noggin now, likely from seeing the torched husks of people that he accidentally created. The theory is that Sylas is the new champion, except as an adult and a perfect example of a sympathetic villain. He’ll want to destroy Demacia, and while the reasons may be solid (they’re obviously corrupt), he’ll probably go about it in the not-mentally-stable way of murdering a bunch of people.

There’s another theory, though, just in case Sylas isn’t the actual champion. Instead, this story’s purpose could have just been to set the scene for why Demacia is actually pretty messed up, and the new champion is just another crazed, idealistic villain who wants to dismantle it. Either way, our new person-torching friend Sylas will have played a significant role in League’s lore.