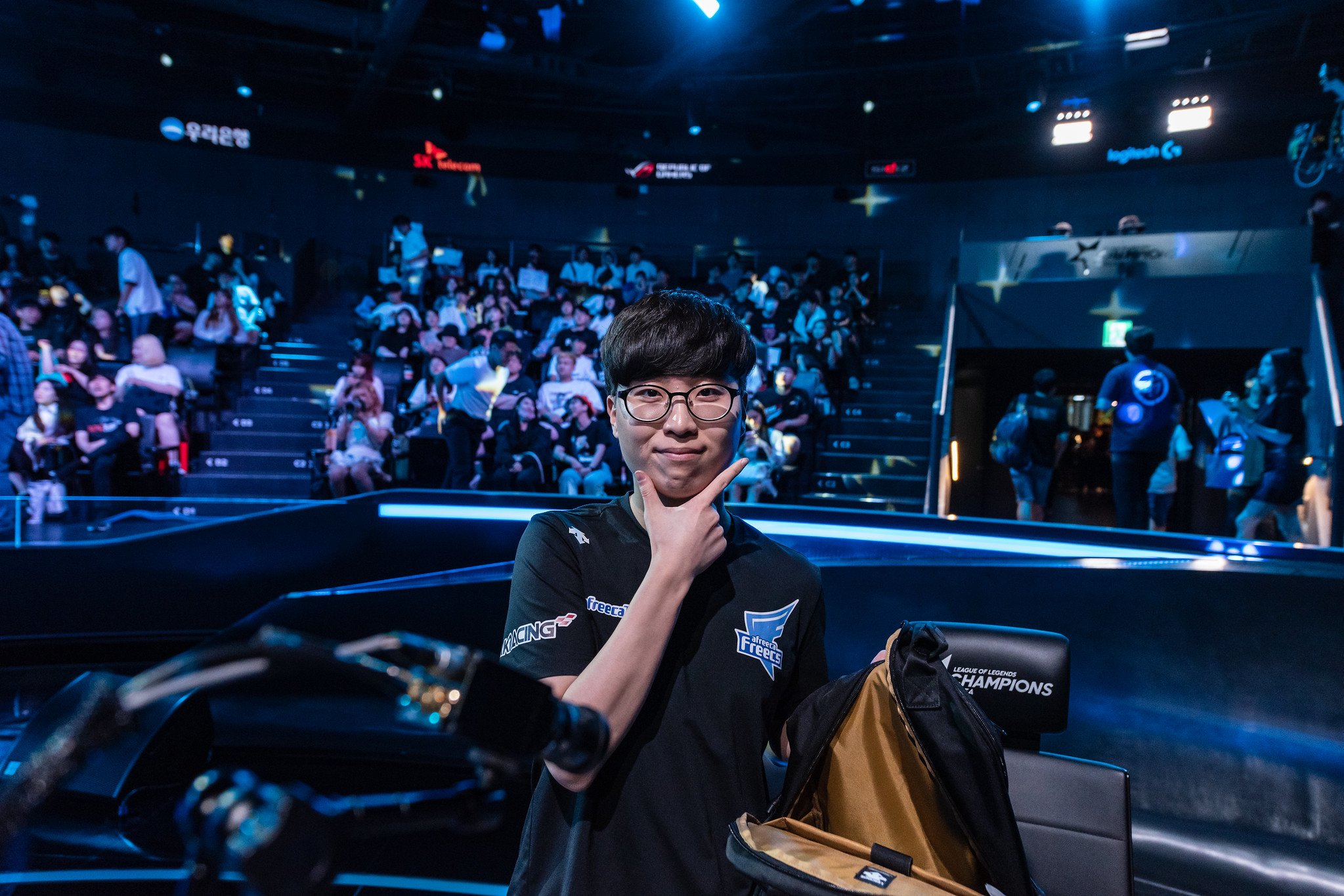 The LCK Summer Split 2019 has been the closest LCK split in history. The top seven teams throughout the split have been separated by only a series or two at most, with the top of the ladder always changing.

With two more days of play to go, three teams have locked themselves in for a playoffs appearance. LCK young guns Griffin, Damwon Gaming, and Sandbox Gaming will all take part in the Summer playoffs, with all three teams sitting on an 12-5 record heading into their final games.

There are three teams biting on their ankles who are eager to make their way to the playoffs, however. Veteran teams SK Telecom T1 and Gen.G sit on a 10-7 record with one series to play, while Afreeca wrapped up their season last night with a win over Hanwha Life, bolstering their standings to 11-7.

So, how does every team make playoffs? Here’s a list of possibilities.

Afreeca’s destiny is no longer in their hands. After finishing their final series of the season off with a win, they’ve given themselves the best possible opportunity to qualify for the playoffs.

If SKT lose to Sandbox, or Gen.G lose to Damwon Gaming, Afreeca automatically qualify based off series record.

However, if both SKT and Gen.G win, things get a little murkier. Because Afreeca only beat Hanwha Life 2-1 on Friday, they require Gen.G to win by 2-1 over Damwon to still be in with a shot of qualifying based off game record. If SKT win, Afreeca can secure fifth seed at best due to their inferior game record.

After winning the Spring Split this year, not many expected SKT to falter so early on in Summer. Their 1-5 record after their first six games hindered their ability to catch up to the pack, and while they went on a nine-game winning streak to catch back up, they’ve found themselves slowly slipping down the standings.

All worries about missing playoffs can be put to rest if they beat Sandbox Gaming, though. With their superior game record over Afreeca and Gen.G, a win against Sandbox would lock SKT in for fourth seed.

A loss could put their chances of qualifying in serious jeopardy. A 2-0 loss will see them slip to below Afreeca in the standings, and rely on a Gen.G loss to Damwon to qualify for playoffs. A 2-1 loss will keep SKT safe, but only by the skin of their teeth.

Gen.G are in a must-win situation, and they must be clean. A 2-0 victory over Damwon is an automatic playoffs appearance for Gen.G, but a 2-1 result in their favor will require SKT to lose to Sandbox for Gen.G to qualify.

If Gen.G lose, their hopes of making Worlds is extinguished.

The LCK Summer Split returns early this morning at 3am CT, with Kingzone taking on KT Rolster.