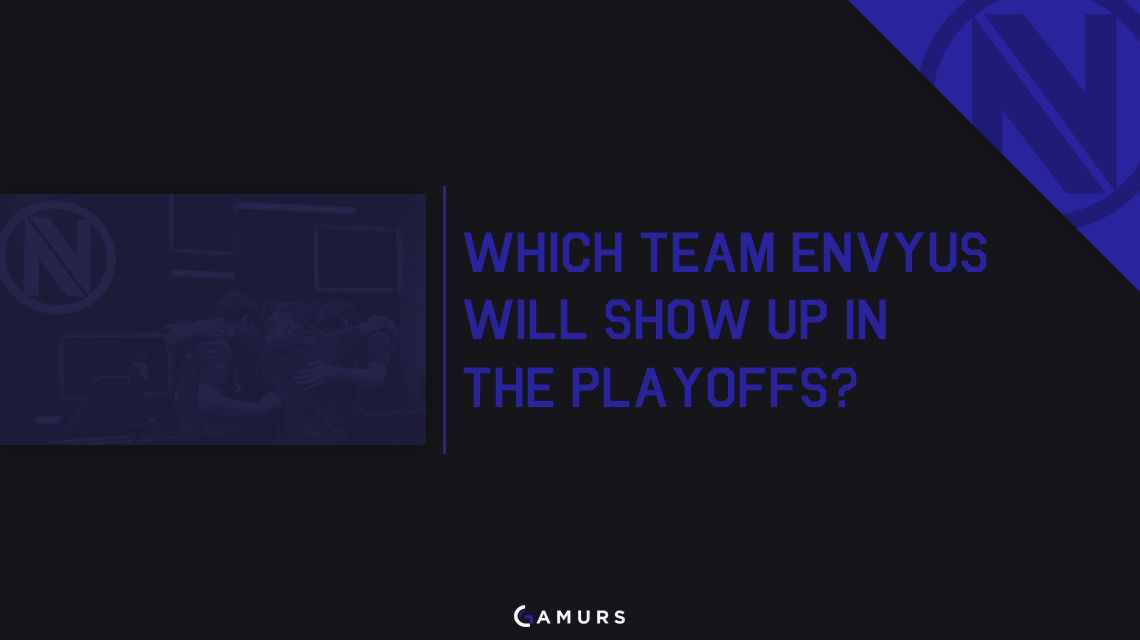 This article is the first of six that will be highlighting every North American League Championship Series team that made the playoffs, starting with the six-seed and going up. First up, Team EnVyUs.

Team EnVyUs entered the NA LCS in a strange way, proceeding to go 5-1 in the first three weeks of the Summer Split, and then winning only three more series by the end of it. Time to take a look back and see how it all went down, but first, the roster.

The team’s entrance into the NA LCS was certainly under strange circumstances, but that is old news and if you do not know how that all went down, you can read up on that here.

Now, about the actual team and their performance. Even during their initial success and 5-1 start, by no means did this EnVyUs squad look like a dominant team. They certainly did not look bad, considering they won five out of six games, but it was not pretty.

No team is at it’s best at the beginning of a split. Not one. Winning games within the first few weeks of a split comes down to luck, ability to adapt and some skill sprinkled in. EnVyUs defeated NRG eSports, Team Liquid, Apex Gaming, Phoenix1, and Counter Logic Gaming within the first three weeks of the split. NRG, Apex, and Phoenix1 had bad splits and did not make playoffs, and both CLG and TL had extremely slow starts to the split.

A 5-1 start looks good on paper, but the competition was weak and the wins were far from clean.

Then teams adapted and the schedule got harder.

In the 5-1 start, EnVyUs took on one strong team: Immortals. It was a 2-0 sweep in favor of Immortals. Over the final six weeks of the season, EnVyUs went 3-12. Who did they beat? Apex, once again, and Echo Fox (the consensus worst team in the league) twice. During the split, EnVyUs was swept in each of its 10 series losses aside from its 2-1 loss to Phoenix1 in the final week of play.

But how close (or not close) were the games? Spoiler, the games were actually kind of close. I realize it completely sounds like I have been talking trash this entire article so far, but those were the facts. Now, despite the poor record and barely squeaking into playoffs and everything else I have mentioned, this is where things get a little more interesting.

Yes, EnVyUs was swept in practically every series loss. Yes, EnVyUs lost a lot of series.

But, the majority of the individual games, regardless of the team’s opponent, were relatively close. An average game involving Team EnVyUs lasted 37.9 minutes, the longest average time in the league.

What does this mean? Well, a couple of things. First, EnVyUs knows how to stay alive for as long as possible, even in a losing situation. This team’s survivability is kind of impressive. That is the positive note for EnVyUs fans. This team has a pretty strong early game, and that is how it stays alive so long, but the problem here should be obvious. Being strong early in the game is important, especially if you can consistently be strong early in every game, but that is not enough to win. Having a strong early-game and losing in 38 minutes is a huge red flag. Why? It means that EnVyUs allows their opponents to slowly edge back into the game and eventually claim victory. EnVyUs’ early-game is top-five in the league, but the team’s mid/late-game is arguably the worst in the league.

EnVyUs does not win through kills. In fact, the team as a whole holds a bottom-four K/D ratio in the league. How do they win, or in most cases, stay alive for so long? Objective control. This is not a solo queue team. They know how to work together and secure the important objectives across the map, and they do it fast. EnVyUs may not get many first bloods, but the team is one of the best in the league when it comes to securing the first dragon, turret, Rift Herald, and Baron.

The team has early objective control, early-game skill, and the ability to draw out games when it is losing, so why is EnVyUs losing so many games? As mentioned before, EnVyUs has a pretty bad mid/late-game. No lead is safe for this team, as they constantly allow opponents to work back into the game. Sometimes it is a slow and methodical comeback, with the other team winning various skirmishes and having stronger macro. Other times, all it takes is one fight. Whatever is going on, EnVyUs’ strong communication and awareness in the early-game seems to completely disappear in almost every game as the timer goes up. Objective control is lacking, fights are sloppy, and the early-game dominance almost never gets snowballed into a late-game win.

It has been mentioned that there are rumours of a rift of sorts within the EnVyUs lineup. Seraph and Ninja, having played together previously, already had strong synergy before the split even started. Procxin, being able to speak Korean and quickly and easily communicate with both Seraph and Ninja, allowed the top half of the map to have very good communication for EnVyUs. The duo bot lane of LOD and Hakuho has worked together brilliantly, but it is rumoured that this is where the rift is; between the duo lane and the other three members. Of course, this is just hearsay, so I am not going to put too much into it.

The thing about Team EnVyUs that confuses me the most, though, is the team dynamic. LOD and Hakuho have been performing well, for the most part, but frequently it appears that even when this duo gets fed, EnVyUs fails to capitalize as a team. This squad does not like to teamfight. When they do, their decisions are almost always split and it does not end well a majority of the time. LOD and Hakuho either get fed or get destroyed every game, and the synergy in the team is found within the Seraph/Procxin/Ninja dynamic, so what really is their team dynamic? In the beginning of the split, it seemed clear that the goal was for LOD and Hakuho to just survive early laning while the other three members roamed and capitalized on leads in the top and mid lane. The dynamic was clear and the team had an identity. Now, things are a bit more foggy.

The Seraph/Procxin/Ninja dynamic is still here, but it does not seem quite as strong as it did in the beginning. The duo lane is also still strong, with occasional support from the other players, but something just seems to be missing. The mid/late-game suffers, as the team avoids fights and LOD, even when he has a huge lead, gets blown up due to bad positioning or the lack of a front line when fights do happen. Even in their final win over Echo Fox to clinch the last playoff spot, EnVyUs clearly lacked communication in numerous fights and decisions, resulting in late calls and movements. It still worked, but it was against the worst team in the league. This is playoff time.

This team clearly has issues, individually and as a whole. This squad survived the split by the skin of their teeth, but playoffs create a whole new game. Cloud9 will not be an easy opponent in the quarterfinals, and EnVyUs is still surrounded by many question marks.

The main question is: will EnVyUs learn how to effectively play past the early game in time for playoffs? Or will they falter, as they have for the last month and a half?

Which EnVyUs do you think will show up? Do they have a chance at taking down Cloud9? Let us know by commenting below or tweeting us @GAMURScom.