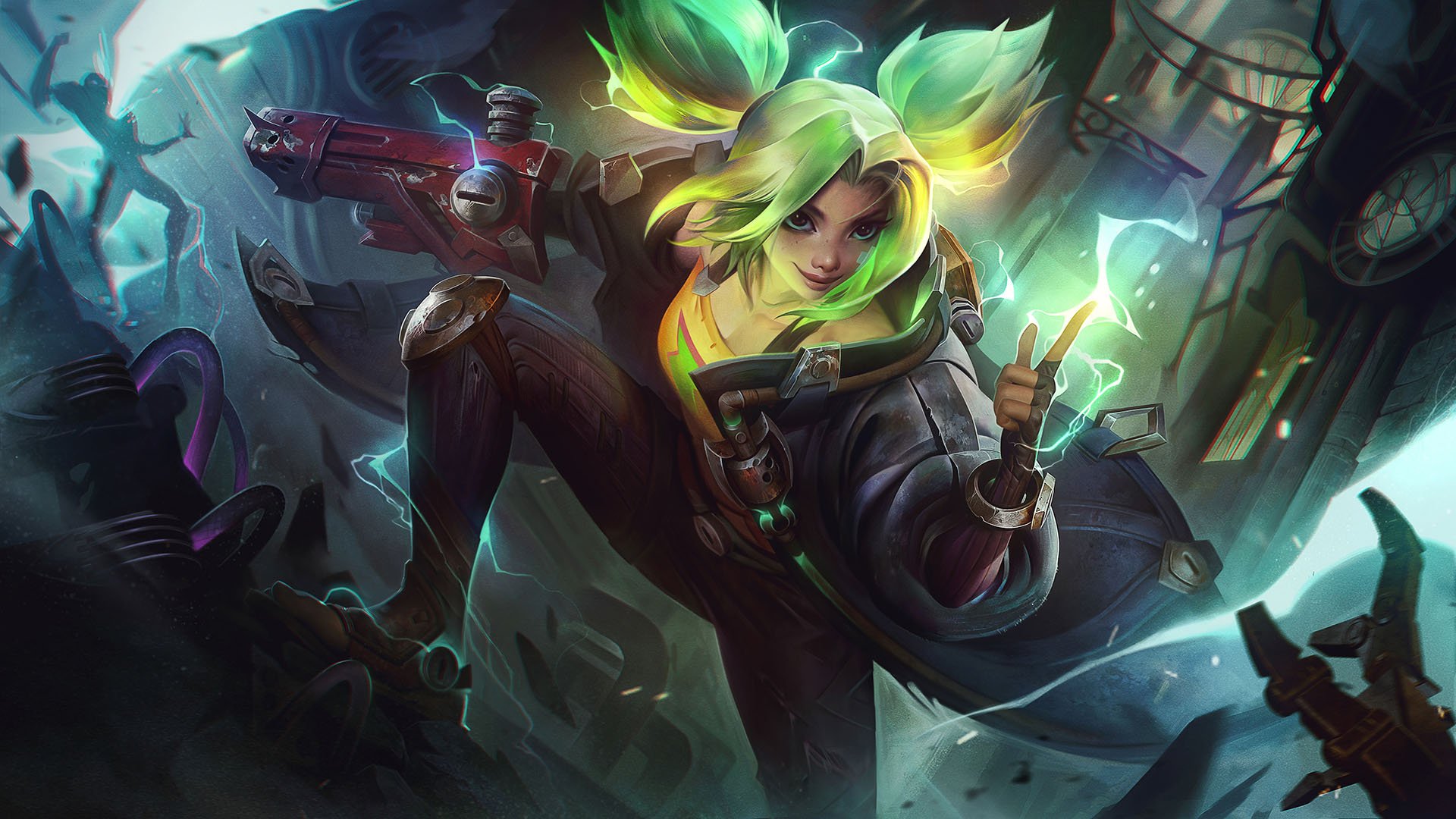 League of Legends revealed their newest champion, Zeri, as their first release in 2022, and the first new champion since Vex last summer. This Zaunite champion has navigated the streets of the undercity for her entire life, though will not be appearing on Summoner’s Rift for a few more weeks.

Zeri will be joining the growing cast of champions in League in Patch 12.2. She will soon be available for testing on the PBE, where players will be able to also test her release skin, Withered Rose.

The Spark of Zaun is described as being very eccentric, not quite fitting in with her peers in Zaun. Though many of the Zaunite inhabitants possessed the capabilities of using magic, none stood out like Zeri, whose electrifying talents reflected the intense emotions that she often displayed.

Much like Janna and Seraphine, who also hail from Zaun, Zeri’s appearance starkly contrasts everyday inhabitants of Zaun, reflecting her nature to be herself and not succumb to the corruption of the streets. Her bright yellow ponytails stand out as one of her most defining traits, though the rifle attached to her right hand signals a life of which she seeks to help others using her powers that were once looked down upon.

Players can look forward to shocking their enemies when Zeri releases to live servers with Patch 12.2, expected to release on Jan. 19.