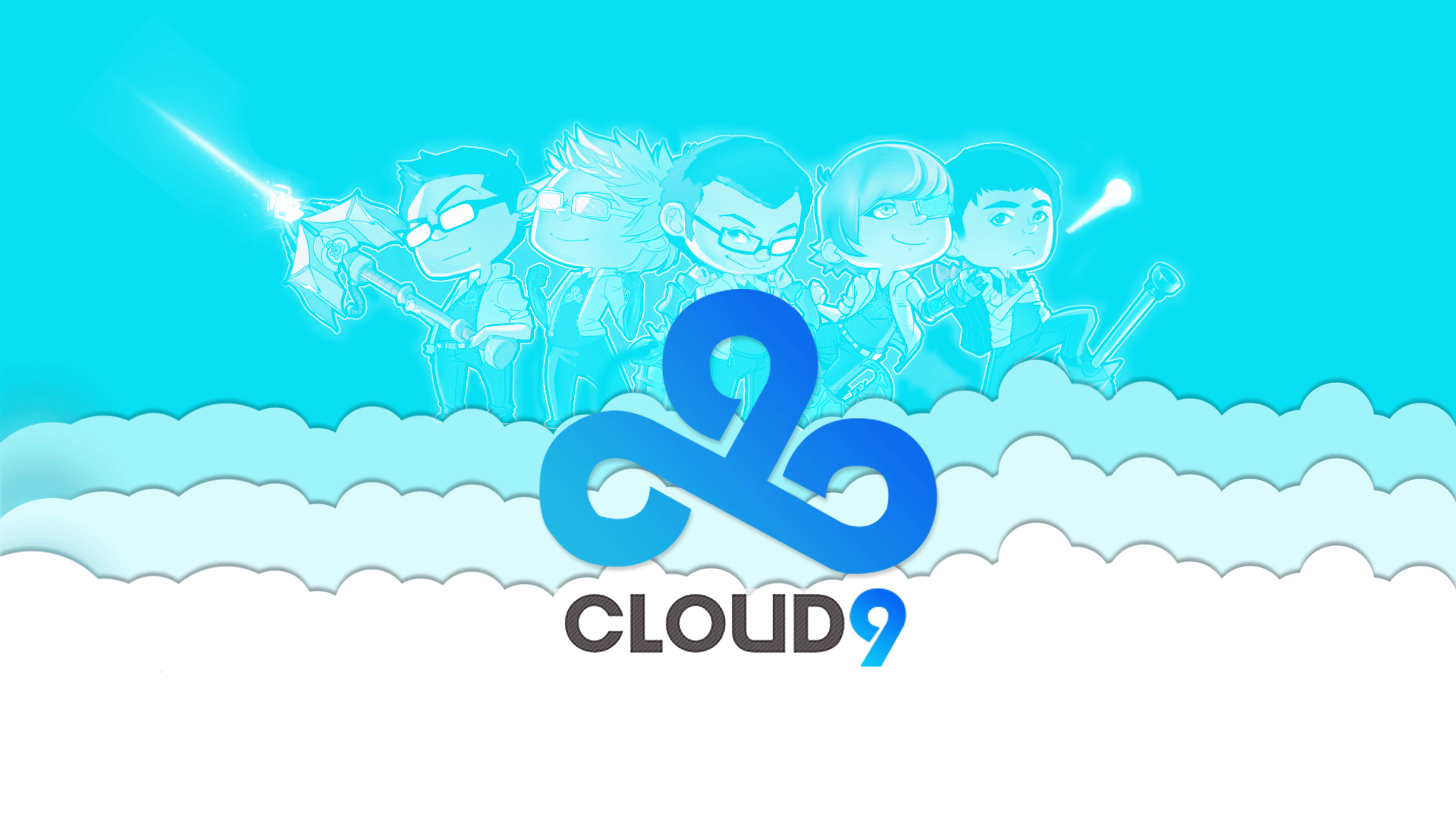 Winner of two North American LCS splits with some of the most commanding winrates in the history of the Western League of Legends scene- Cloud 9 is an organisation steeped in prestige. Showcasing some of the greatest shotcalling and synergy out of any LoL team, be that from the East or West, C9 often won games by out-maneuvering and outplaying an enemy team who had accrued a gold lead out of the laning phase. In short Cloud 9’s prowess originated not from their individual skill(which was arguably top three in each respective role) but from their cohesiveness as a unit behind the shotcalling of team captain Hai Lam. Now that team dynamic has changed, putting Cloud 9 at odds with their competitors as they look to avoid relegation.

A now typical characteristic of any Cloud 9 split is the slow start- not bucking this trend they finished week two of the 2015 Spring Split with an overall record of 1-3 only picking up a win against a shaky Team Liquid. Admittedly facing a hard schedule against the likes of Team Solo Mid and Counter Logic Gaming, the most shocking defeat came at the hands of  newly-qualified Gravity.

During this match Cloud 9 came out ahead in gold after the laning phase despite some mishaps from Balls in the top lane. Hai went relatively even in lane, a trend which was seldom seen again if not on his signature Zed, and the bottom lane performed well into a 2v2 matchup which didn’t favor the Kog’Maw. They displayed a good control of objectives-opting to trade towers against a dragon-centered Gravity line-up. However it was in the teamfighting where the cracks began to show, Cloud 9 failed to execute a fairly binary strategy of protecting Sneaky’s Koq’Maw as the front and back line were shown to be completely out-of-sync with each other in terms of target priority and peeling. At this point it was becoming clear that Hai could not compete with middle-tier lane counterparts such as Keane- Hai finished that game 0/8/7 on Orianna. This is obviously wasn’t the game that caused the start of community pressure for Hai to step down, but it is an interesting point of reference to compare his performance against lower-tier teams.

Picking Up The Pieces

Despite the,by all accounts, poor start to the regular season Cloud 9 managed to salvage the rest of the split by winning 12 of their next 15 games resulting in a 13-6 record during the Spring Split (including the victory over CLG in the tiebreaker match). Having managed to scrape by to second place overall in the standings, Cloud 9 earned themselves a by past the first round which would lead them to face a buoyant Team Liquid in the semi-finals.

The semi-finals saw Cloud 9 face off against a surging Team Liquid squad, who in the eyes of many, were the firm favorites coming into this set due to their recent run of form. And for the first 2 games it was looking like popular opinion would be correct as Cloud 9 fell victim to many of the pitfalls that plagued them throughout the regular split- such as Hai underperforming and a series of dodgy macro-level decisions in teamfights. Things were looking bleak for Cloud 9 as they entered the third and potentially final pick/ban of the series. The prospect of a reverse sweep became even more unlikely in the eyes of viewers as Team Liquid secured a ‘Juggermaw’ team composition, which was apparently their best composition at the time.

On paper, Cloud 9 looked down and out, but as we entered game three it became clear that the five of them had seemingly woken up and were ready to fight for their spot in the finals-the training weights were off. As game three unfolded it seemed like Cloud 9 had traveled back in time six months- their laning was solid (admittedly Hai was on Corki mid, but he still performed well), good calls were made and their overall map movements were strong. The next 3 games went on to further prove that when it came down to it, this iteration of Cloud 9 were among some of the most clutch squads in the history of League of Legends as they completed a reverse sweep when the odds were stacked against them. Seeing as the finals then culminated in a whitewash for Team Solo Mid, I consider this the last true outing of Cloud 9 and the point from which they have subsequently slipped from.

The off-season saw the somewhat inevitable stepping down of team captain and shotcaller Hai Lam from the roster. This was a move that had been rumored since the end of the season 4 World Championship- with rumors circulating about a possible Dade acquisition. According to the official press release the move came as a culmination of Hai’s wrist injury and a poor team environment, given his lackluster performance this move was hardly surprising. As of the time of writing Cloud 9 stands at joint seventh in the standings with a 3-7 record. Currently, the only wins that the new version of Cloud 9 have managed to pull off are against old rivals Team Solo Mid (whereupon TSM outplayed themselves more than C9 outplaying them), a shaky Team 8 and the sub-squad of Team Dragon Knights. Given the impressive performance of the full Team Dragon Knights roster, many are now calling it to question whether Cloud 9 will be fighting for playoffs or a looming promotion tournament given the form of the upper teams and schedule that remains.

During the games that have been played it’s clear that the void left behind by Hai’s shotcalling is harming the team in various areas. Meteos isn’t performing to his normal ‘number one jungler’ in North America standard and it’s not unreasonable to think that it’s due to the heavy burden of being the new shotcaller weighing on him. On numerous occasions he’s found himself on early-game pressure junglers like Nidalee only to continue to farm or fail at executing ganks to his normal standards. Not to mention that some of the calls made have been somewhat questionable at times during these matches.

As for Hai’s replacement Incarnati0n it’s clear that he’s suffered a bit from LAN jitters with otherwise unimpressive farm numbers. However this could be attributed to the champions he’s been playing lately, namely AP Kog’Maw which does well to just get out of the laning phase relatively unscathed. The verdict isn’t out Incarnati0n yet as we haven’t seen the full extent of his champion pool (given the fact he’s known for assassins and this meta hardly favors them), however currently he’s not a meaningful upgrade to Hai as his shotcalling prowess compensated for his mechanical misgivings most of the time.

The real standout issue with Cloud 9 is the current play of their top-laner An ‘Balls’ Le, who is struggling to find form on champions other than Maokai and seldom getting his renowned Rumble(which recently lost for the first time in domestic play at the hands of Team Impluse). Previously a top-centered team, it’s beginning to become clear that Balls is suffering from a lack of resources invested into him via Meteos as the middle lane becomes the primary carry role instead of a point-guard position. Balls’ form has typically followed the form of the team, mediocre during the start of the regular split culminating in typically clutch performances when playoffs came around. However on this occasion, he’s been under-performing to such an extent that it’s especially noticeable to those watching.

What’s next for Cloud 9?

If Cloud 9 escape the jaws of relegation something definitely needs to be done to rectify their performance of this split. Given the fact that the ‘sacred’ roster has now been broken up with the introduction of Incarnati0n it’s now more likely that more roster changes are possible within the squad. At this moment in time the most likely is looking to be Balls (if his form doesn’t improve). With the introduction of a new top laner, the responsibility of shotcalling could shift from the jungle position to the top lane (examples of shotcalling top laners being ZionSpartan of CLG and Gamsu of Dignitas). This is of course if they want to remove Meteos from the shotcalling position-the management are smart they probably realize it takes time and practice to improve this ability and may give him the time required to improve. Obviously it’s unlikely that Meteos will ever reach the God-like level of shotcalling that Hai possessed but there is clearly room for improvement in that area of his play.

If however, they do by some stroke of poor play do indeed get relegated I don’t see this roster staying together for the Challenger series. Sneaky and Meteos are top three in their respective positions and would probably move to the highest bidder, as for the rest it’s dependent on their situation- LemonNation would likely retire and Balls would probably follow suit. This is of course entirely speculation but Cloud 9’s core roster’s contract expires after the Season 5 World Championship so anything is possible in reference to roster moves.

As a fan of the Cloud 9 narrative and the legacy of victory they have built up during the LCS era I hope from a personal standpoint that they do not get relegated and find a way to work through their issues and regain their former success. Needless to say however, the Cloud 9 you see before you today is entirely different to the one of old.