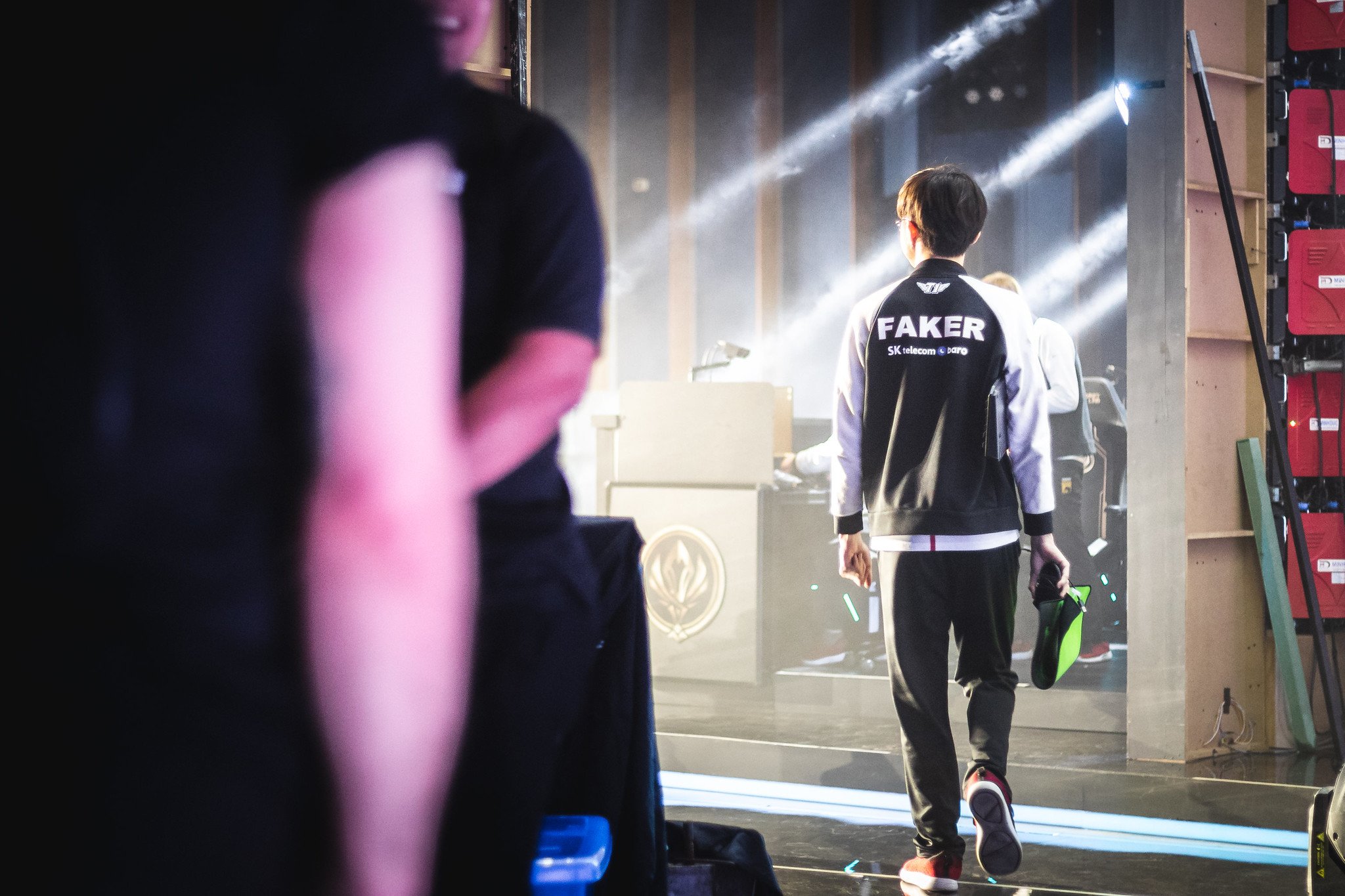 Following the first regional qualifier match between Afreeca Freecs and KT Rolster earlier today, LCK caster and former League of Legends pro Wadid said that T1 might use substitute ADC Lee “Gumayusi” Min-hyeong and could bring Faker back into the starting roster for tomorrow’s match against AFS.

While there’s been no confirmation about these potential changes yet, T1’s devastating loss against AFS last week in the playoffs might have forced the team to take drastic measures. T1 only have one shot to qualify for the 2020 World Championship now and that’s by winning two best-of-five series, one against AFS tomorrow and one against Gen.G the following day. If they fail to win both of these series, their 2020 season will be over and they’ll miss Worlds.

The rumored roster for tomorrow’s match features three different players in the jungle, mid, and ADC positions, three crucial roles in today’s meta. Ellim, Faker, and Gumayusi could be used in place of Cuzz, Clozer, and Teddy, according to Wadid.

This rumor is backed up by the fact that the accounts of this roster on the Korean server are inactive during the usual scrim hours for T1, according to Korizon reporter Kevin Kim. Cuzz, Clozer, and Teddy, on the other hand, are reportedly freely playing solo queue. So while it’s unclear if T1 will field this lineup tomorrow, the org is at least trying it out in scrims for now.

While Faker and Ellim are known by most League fans, Gumayusi is a mystery. He joined T1 as a trainee in 2018 and has warmed the bench for a couple of years. His solo queue performance isn’t that impressive, but it’s possible that he might play better in a coordinated environment.

You can tune in tomorrow at 3am CT to see which players T1 will field in their do-or-die series of the LCK regional qualifier.