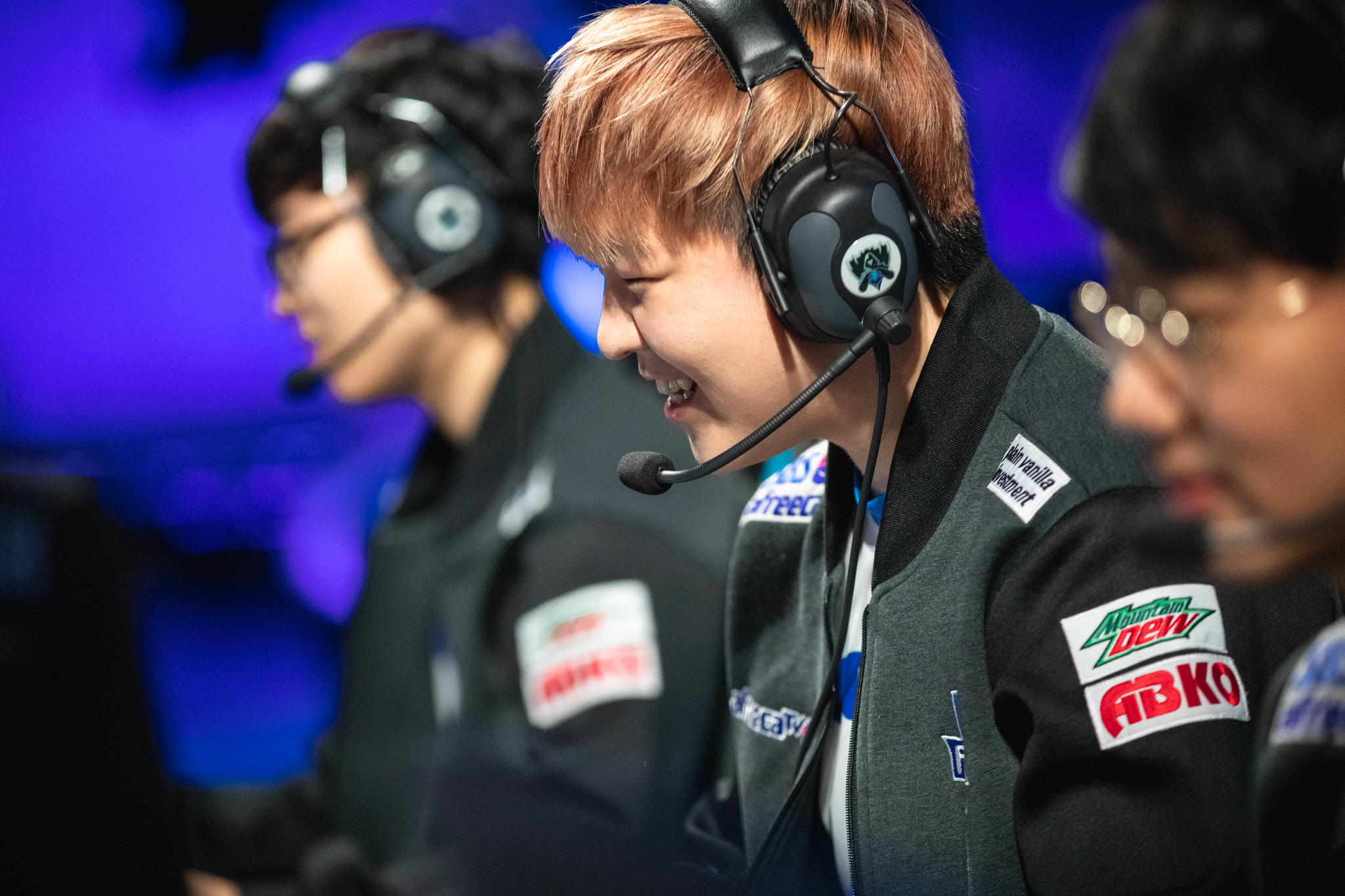 Afreeca Freecs picked up a clean 3-0 series win against KT Rolster today in the first round of LCK’s regional qualifiers.

AFS were favored coming into the series with most analysts predicting a clean sweep by them—and they delivered. AFS’ jungler Spirit played well in this series, popping off on Lillia and Volibear. He was everywhere his team needed him to be on the map, securing crucial objectives and pulling off great ganks throughout the entire match.

This League of Legends series began with a statement from AFS, who kept farming KT while giving up objectives left and right. Even though they were behind on Heralds, Drakes, and towers early on, the gold gained from kills allowed them to snowball to get their core items and transition into the mid game.

KT’s composition failed to deliver what was expected of them. AFS had the perfect counter draft to stop KT’s chances of winning the game. Following a 32-minute teamfight, AFS secured the first win of the series.

In the second game, AFS played even better, securing early gold leads and objectives on top of that, something that they failed to do in the first game. They were so dominant that by 22 minutes, they had nine kills to KT’s zero. KT managed to sneak away a Baron, but it didn’t help them in the end. The buff barely did anything and just extended the game. After the second Baron spawned, AFS picked it up and went on to finish the game.

The third game looked good for KT with all players playing safely, but a failed gank in the top lane sealed their fate. Spirit and Kiin’s moves on Lillia and Camille allowed them to easily win the two-vs-two and snowball from there. The team was once again dominant all over the map, securing an easy win and finishing the series on a high note.

AFS will face off against T1 tomorrow. Last time they met in the playoffs, AFS took down T1 in a convincing 2-1 series, advancing to the next round of the postseason before getting knocked out by Gen.G shortly after.

T1 have looked shaky lately, fielding rookie mid laner Clozer in recent matches. Tune in tomorrow at 3am CT to see if T1 can get their revenge or if AFS will take down T1 once again to get a shot at qualifying for this year’s World Championship.