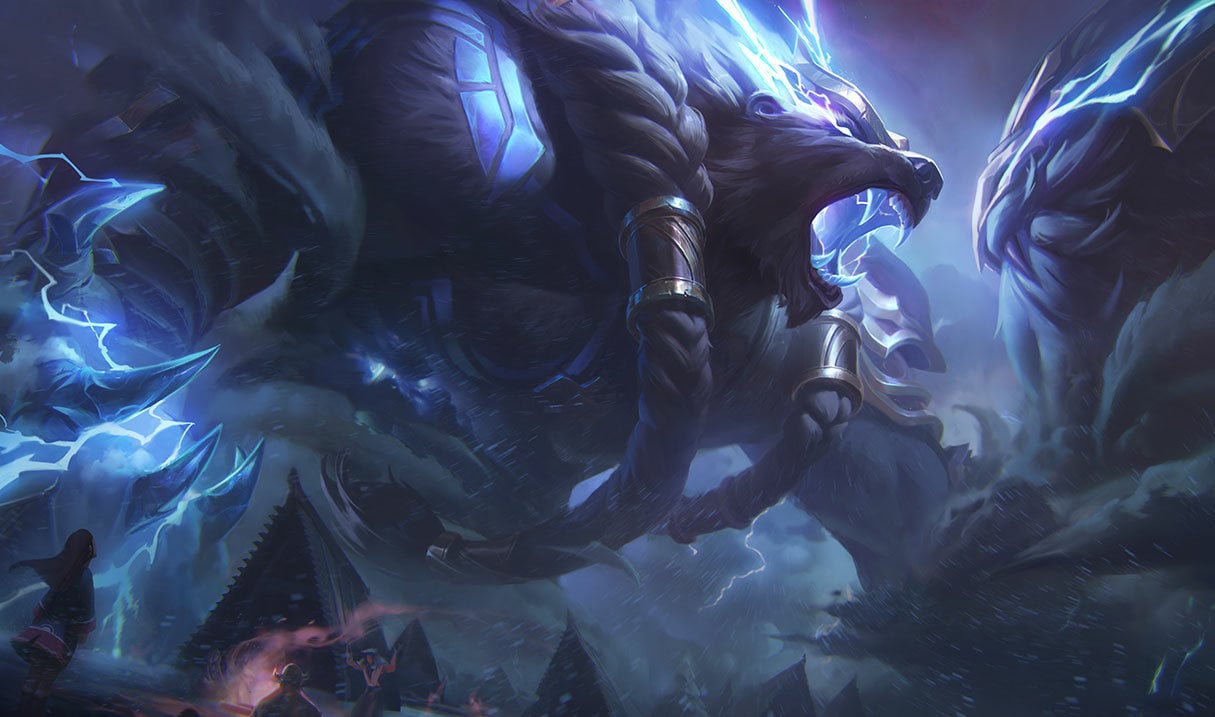 Volibear has gone from one of the worst champions in League of Legends to one of the best in the span of a patch.

The Thundergod now sits at the top of the solo queue ladder with a 52.97 percent win rate, compared to 44.75 percent in the previous patch. That’s a full eight-percent increase.

In the top lane, Volibear still leaves much to be desired with a 49.78 percent win rate. But in the jungle, he’s the second-highest in the Platinum division and above. In terms of competitive play, he’s yet to see the light of day, but he could be set to make his debut any day now.

Volibear was reworked in Patch 10.11 and had his visuals, abilities, and stats changed. But the initial result was a mishmash of a champion that lacked an identity and was seriously undertuned.

But after a hotfix a week later targeting his Thundering Smash (Q) and Sky Splitter (E) abilities and even more buffs in Patch 10.12, Volibear has skyrocketed up the rankings.

Riot buffed Volibear’s damage on his core abilities, increased his mana and health growth, and adjusted his ultimate. He also received a set of quality of life changes. He’s now an unstoppable killing machine with the potential to dive his enemies with ease.

Another contributing factor to Volibear’s increased win rate could be due to the player base. Learning the ins and outs of a new champion often takes time. Finding the optimal build and learning Volibear’s new playstyle may have led to his newfound success.