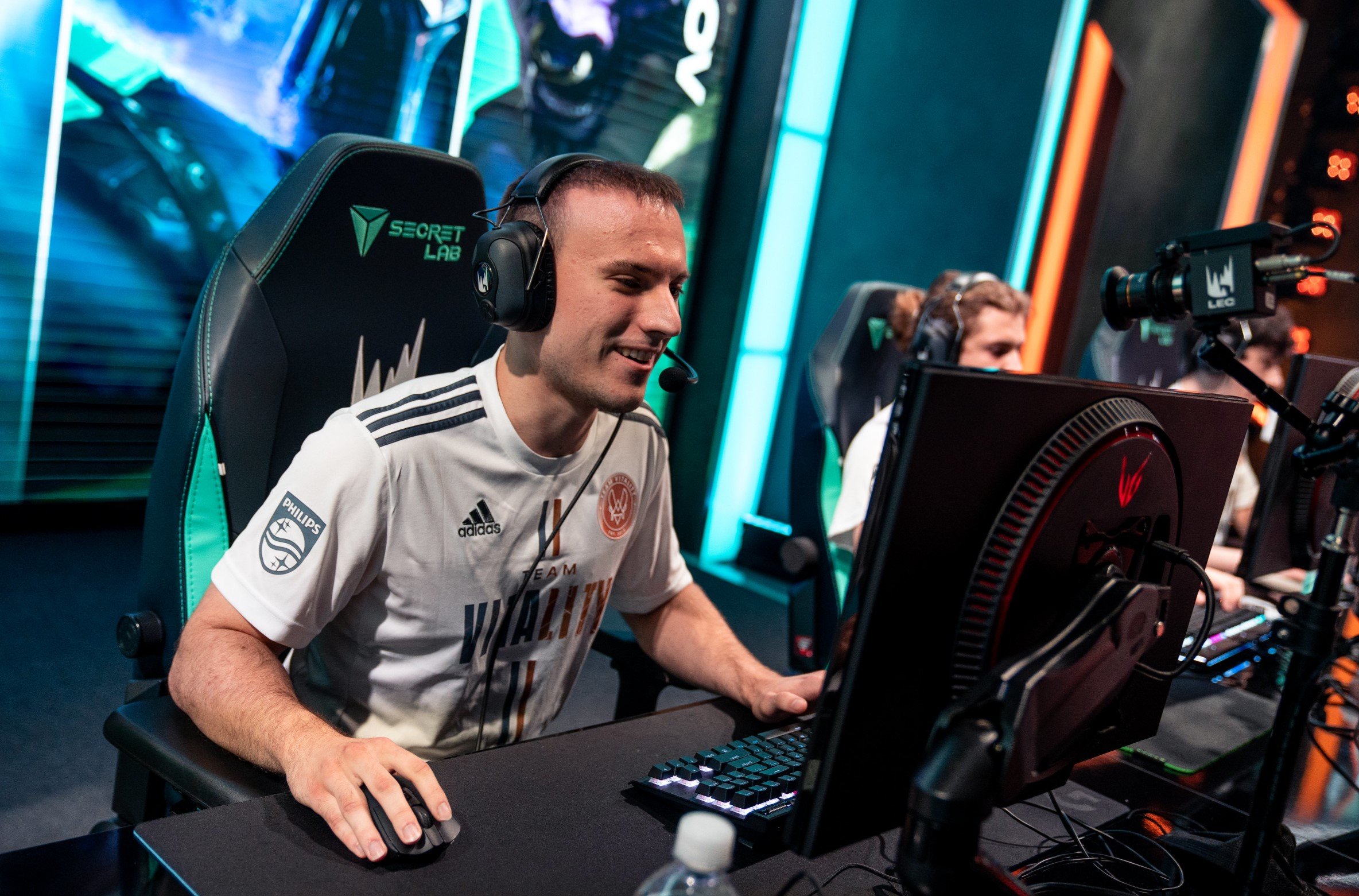 G2 Esports and Team Vitality entered today’s LEC week six faceoff with identical records of 7-5. Vitality was able to leapfrog G2 in the league’s standings with a convincing, direct victory over them today in just 28 minutes. The win solidified Vitality’s spot in second place alongside Rogue on the LEC table, one of the team’s highest placements in the European rankings all season.

Vitality jumped out to a dominant early lead today, outkilling G2 by a score of seven to one over the first 12 minutes of the game while accumulating a gold advantage of 4,000. Vitality’s lead would only balloon from there, as the team held a gold lead of 10,000 at the 25-minute mark while additionally claiming every neutral objective Summoner’s Rift had to offer during the game.

By today’s contest close, Vitality ran up the kill score until it read 22 to three in their favor. Mid laner Perkz claimed 10 of Vitality’s kills for himself, finishing with a perfect scoreline of 10/0/7 on the day, good enough for a kill participation mark of 77 percent, which is 10 whole percentage points higher than his Summer Split average, according to League stats site Oracle’s Elixir.

Today’s game marked the beginning of the final third of the Summer Split schedule. Following today, each team in the league only has five games left to play this summer, with only two weeks of play remaining in the regular season.

Related: Riot confirms LEC will have 4 slots at Worlds 2022

Although there are still four teams ahead of G2 and Vitality in the standings, both of these teams have a significant chance of qualifying for this year’s World Championship. With five regular season games left to play and a full playoff bracket, the LEC still has plenty of time to realign before the season comes to a close. Plus, it was recently announced by Riot Games that the league would be granted an extra qualifying slot at this year’s edition of Worlds due to the LCL’s impending absence from the tournament. The LEC will send four teams to Worlds later this year.

Vitality will look to extend their three-game winning streak next week against Team BDS and Astralis.