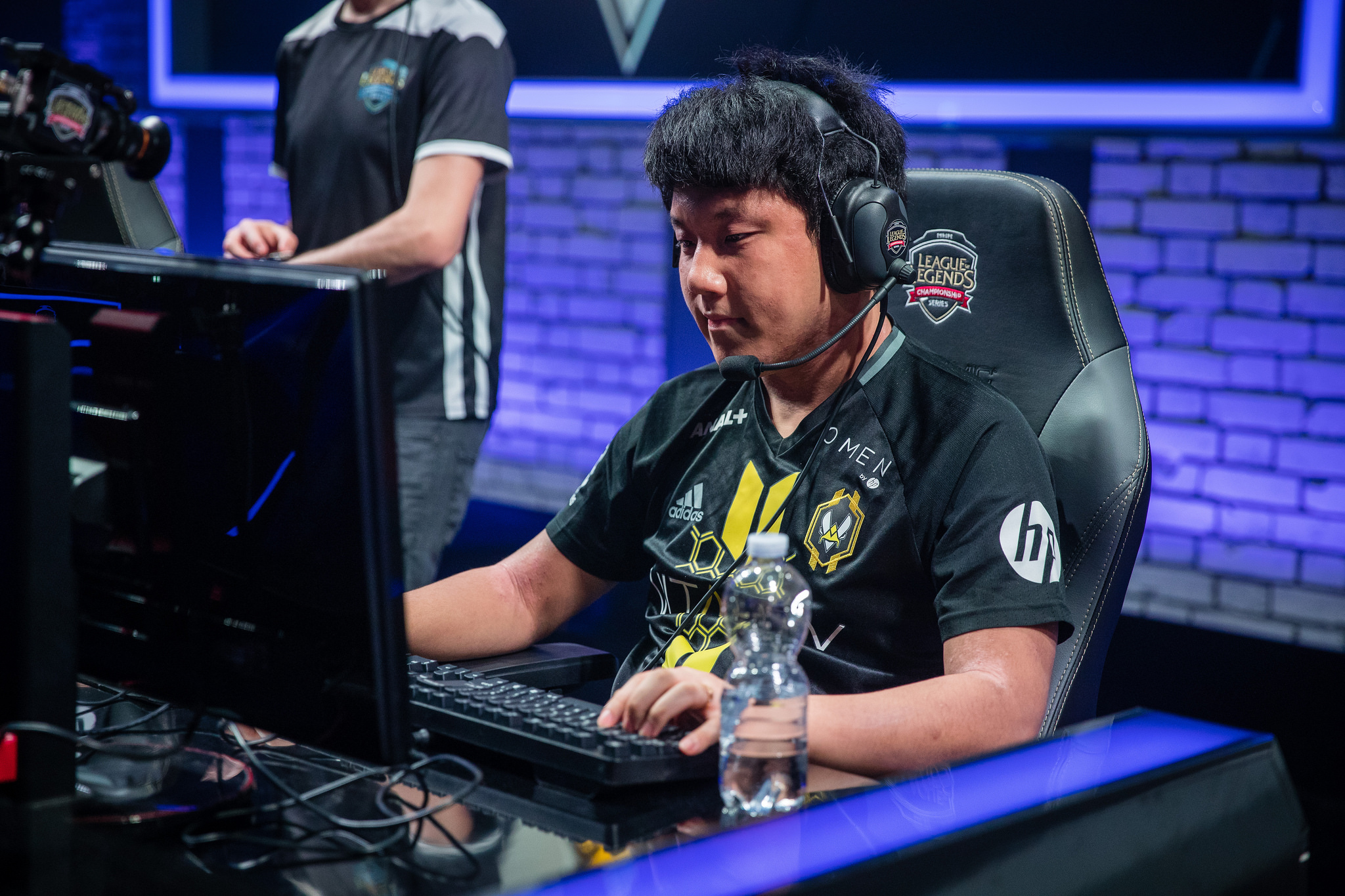 When we ranked Vitality fourth before the start of the EU LCS season, we knew there was a lot of downside risk. In fact, Unicorns of Love were originally ranked higher, but their last-minute shuffle at ADC made us nervous. Instead, we should have been more nervous about Vitality’s new support: Ha “Hachani” Seung-chan has just been benched.

Hachani came with decent pedigree—he’d previously played with the LCK’s KT Rolster. But more and more, his success on that team looks more to do with talented ADC No “Arrow” Dong-hyeon’s prowess.

He leads all EU LCS supports in deaths by a considerable margin. He is known for face-checking bushes, and while he’s had a decent share of those, many of his deaths have come from him being completely out of position relative to the rest of his team. Even open areas can feel like bushes when you’re on your own.

Perhaps more concerning, his lane with talented ADC Pierre “Steeelback” Medjaldi has looked nothing like what fans would have expected, with Steelback posting dismal early lane stats. Communication is always a concern when a Western team tries to integrate a Korean player, and Hachani and Steelback have shown little synergy. The jungle and support positions require the most communication of all the roles and may be the worst positions to have a language barrier.

Maybe things wouldn’t have been as bad if a team like Unicorns, who brought in Samuel “Samux” Fernández Fort, weren’t doing so well. Meanwhile, Korean support Lee “IgNar” Dong-geun, who has played with Misfits for less than a year, looks like a solid communicator for a team on the rise. As it is, Vitality have one only one game outside of their series from Origen, and sitting in t4th place in their group, do not look like a playoff team.

The situation is so distressing that Vitality benched Hachani with seemingly no substitute ready. As of writing, the spot is still up for grabs, meaning the team believes almost any EU support they could find will be better than Hachani. That’s incredible.

Vitality clearly has a number of issues to fix. But benching a starting support with so little time to prepare may put them in an even tougher spot.