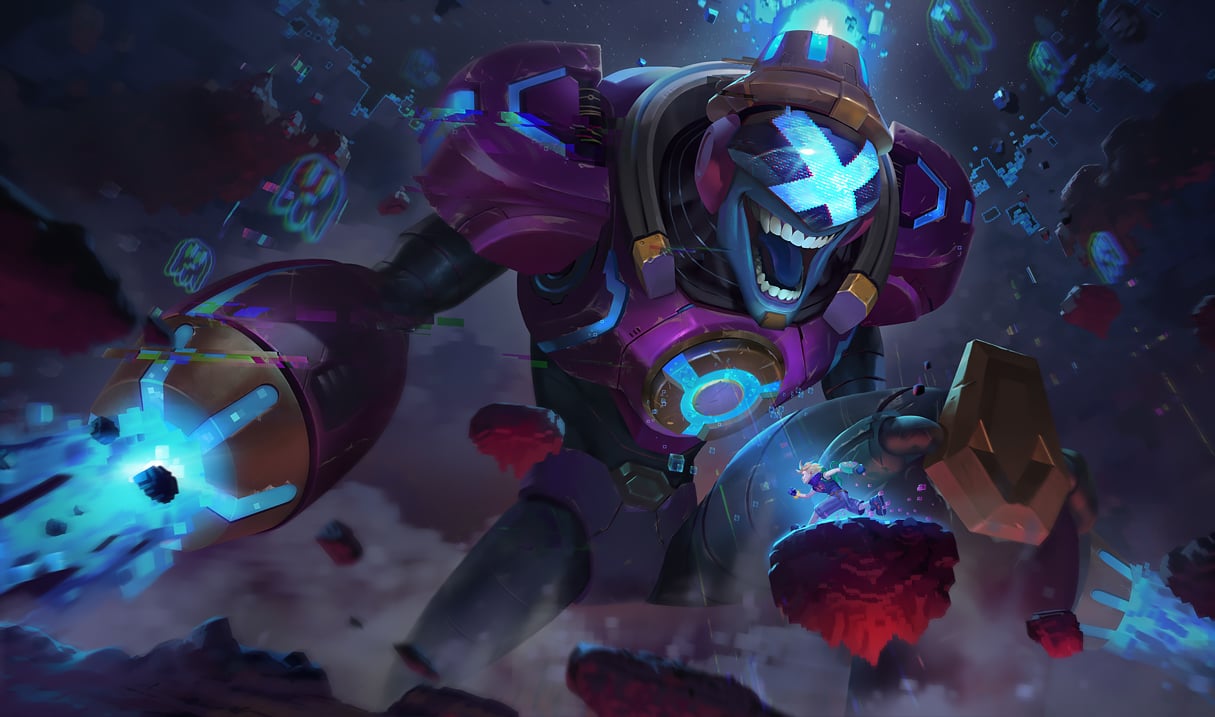 If you’ve been following our coverage of the PBE over the past couple weeks, there are a few things you’re probably very excited for. At the top of that list for many players are the new Battle Boss skins and the vision ping. The vision ping in particular has been coveted by players for a long time now, but that’s not the only feature arriving.

URF is making a comeback, in-game champion portraits will now match skins, and the ability to lock in a skin immediately after picking your champion in champ select are all making their debut on the new client.

This year’s arcade event is amped up more than any other Arcade event to date. Usually, though, the Arcade event just consists of skins, so the bar isn’t exactly high. This year, however, a new Arcade Summoner’s Rift, icons, and other goodies will join the new set of Battle Boss skins being released. If you missed our coverage of the new skins for Brand, Malzahar, and Ziggs, be sure to check them out, because they rock.

The new Summoner’s Rift is perhaps the most impressive, though, because essentially everything has been changed to match the retro pixelated theme. Turrets, minions, the Nexus, and more are included in the map’s makeover. For the first time ever in an event that alters Summoner’s Rift, you will also have an option in the Settings menu to turn it off if you don’t like it.

There are also chromas coming for Arcade skins of yesteryear—Battle Boss Blitzcrank and Arcade Corki. Hecarim is also getting a new skin that has nothing to do with the Arcade event called Lancer Zero Hecarim. It looks an awful lot like Kassadin and Master Yi’s Cosmic skins, including the new sound effects and animations. It will be a Hextech Crafting exclusive, meaning you’ll need 10 gemstones to craft it. Alternatively, you can find it as a skin shard in a Hextech chest if you’re extra lucky.

The vision ping has been a long time coming, and it’s finally arriving tomorrow in Patch 7.16. Just like the name implies, it’s the quick and easy way to tell your team that an area is warded without having to ping “Careful” and then type in the chat to tell your team you meant that it’s warded.

If you like the way your pings are set up now, don’t worry, it won’t replace anything unless you want it to. The only way to get the vision ping is to manually configure it in your keybindings settings. If you’d like it to replace one of your current pings, like perhaps one of the two “Danger” pings that already exist in the game, you may do that as well. Regardless of how you bind it, this ping is a game changer.

Technically this happened last week, but the Free Week Rotation, the randomized group of champions that you can try out without owning them every week, has been expanded. Previously, the rotation cycles through groups of 10 champions every week, but now it will always include 10 percent of the total champions in the game. That means that now, with around 140 champs in League of Legends, each cycle will include 14 champs. This also means that as more champions are added to the game, the free week rotation will automatically expand when needed.

Perhaps even more importantly to some players—we’ll now be able to choose a skin immediately after locking in a champion in the pre-game. This means that you will have longer than the blink of an eye to get your pre-game setup ready without having to worry about you skin. That is, unless you’re the last pick in the lobby. Then you won’t notice much of a difference. It’s also important to mention that no matter which skin you use, it will be featured in your in-game portrait once you load onto the Rift, which is a first for League.

All Random All Urf is returning to Summoner’s Rift for a limited time this patch, as part of the Random Game Mode Rotation. It will be around until Aug. 24, and unlike all other Rotating Game Modes, it won’t be available just on the weekends. That’s right, you’ll be able to play it all the way through the end of the event.

This time in URF, gold gains, movement speed, and tenacity have all been boosted even more than in the last appearances of the game mode, so things should be extra URFy.

Whether you’re excited to get another edge in solo queue with the vision ping or you’re trying to ROFLcopter with Hecarim in a game of URF, this patch has a little something for everybody.