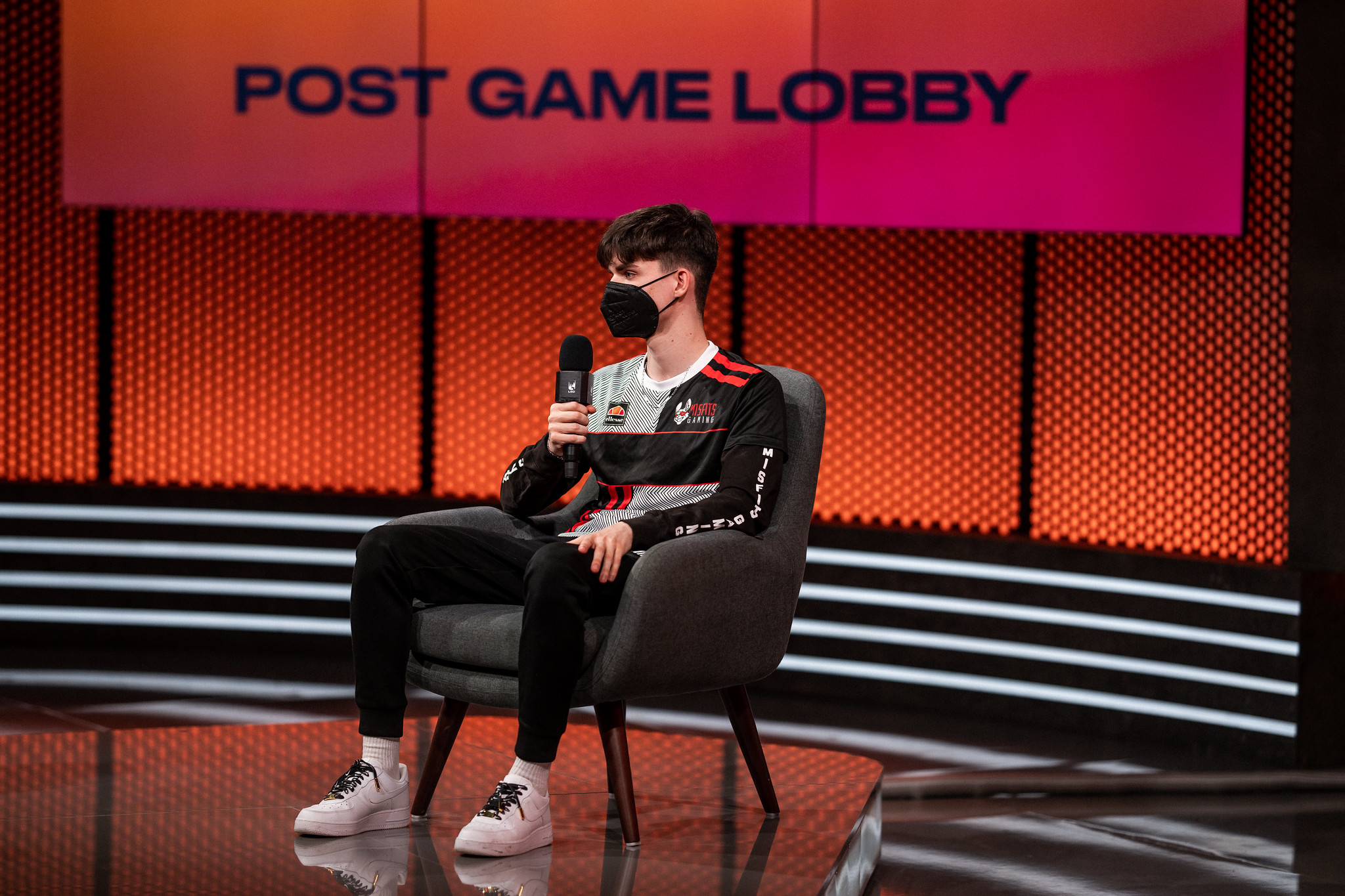 The Star Guardian buff was in full effect for Misfits today—even if the skins aren’t available on the current LEC patch.

Misfits toppled the first-place Fnatic in their first match of week four of the 2022 LEC Summer Split. Thanks to a handful of comfort picks, Misfits made their win condition clear: inflict enough crowd control on enemies that they won’t be able to retaliate. Luckily for the League of Legends team, it worked nearly flawlessly, giving them major upward momentum as they enter the second half of the split.

Fnatic’s top laner Wunder surprised fans in the pick/ban phase by locking in Shyvana, a champion that has only been played six times in international leagues this year yet has not appeared in the LEC since 2020, where it was used by G2 Esports’ jungler Jankos. Opting for Teleport and Ghost as his summoner spells, Wunder entered this match prepared to chase any enemy attempting to escape his grasp.

Within the first 10 minutes of the game, Misfits had ensured complete control of both their and their opponent’s jungles. Constant roaming from Vetheo and Mersa kept Razork heading back to base over and over, unable to safely venture through his own jungle and putting him at a hefty deficit.

Yet the teamwork that has brought Fnatic to the top of the LEC standings remained solid despite their early-game position. Recognizing that Misfits would continue to roam for kills, Fnatic sought to implement a similar strategy to leverage the gold that had been slowly increasing in favor of their opponents.

After losing a Smite fight to the third drake of the game, a combination of ultimates from Mersa’s Amumu, Irrelevant’s Gnar, and Neon’s Aphelios provided Misfits with four kills on opponents that could not move for nearly 10 seconds.

One last attempt from Fnatic to stop the Baron from falling into the hands of Misifts proved futile after Vetheo nearly one-shot Upset in the backline. Though Fnatic kept their focus on their opponents left standing with Vetheo far away, they were unable to contend with the sheer amount of crowd control between Ireelevant, Shlatan, and Mersa, marking an important upset victory for Misfits.

Misfits were a part of a special Star Guardian-themed animation released by the LEC earlier today, depicting them as the forces of good aiming to take down the powerful G2 Esports. These two teams will face off tomorrow, marking the end of the first round robin in the 2022 LEC Summer Split.