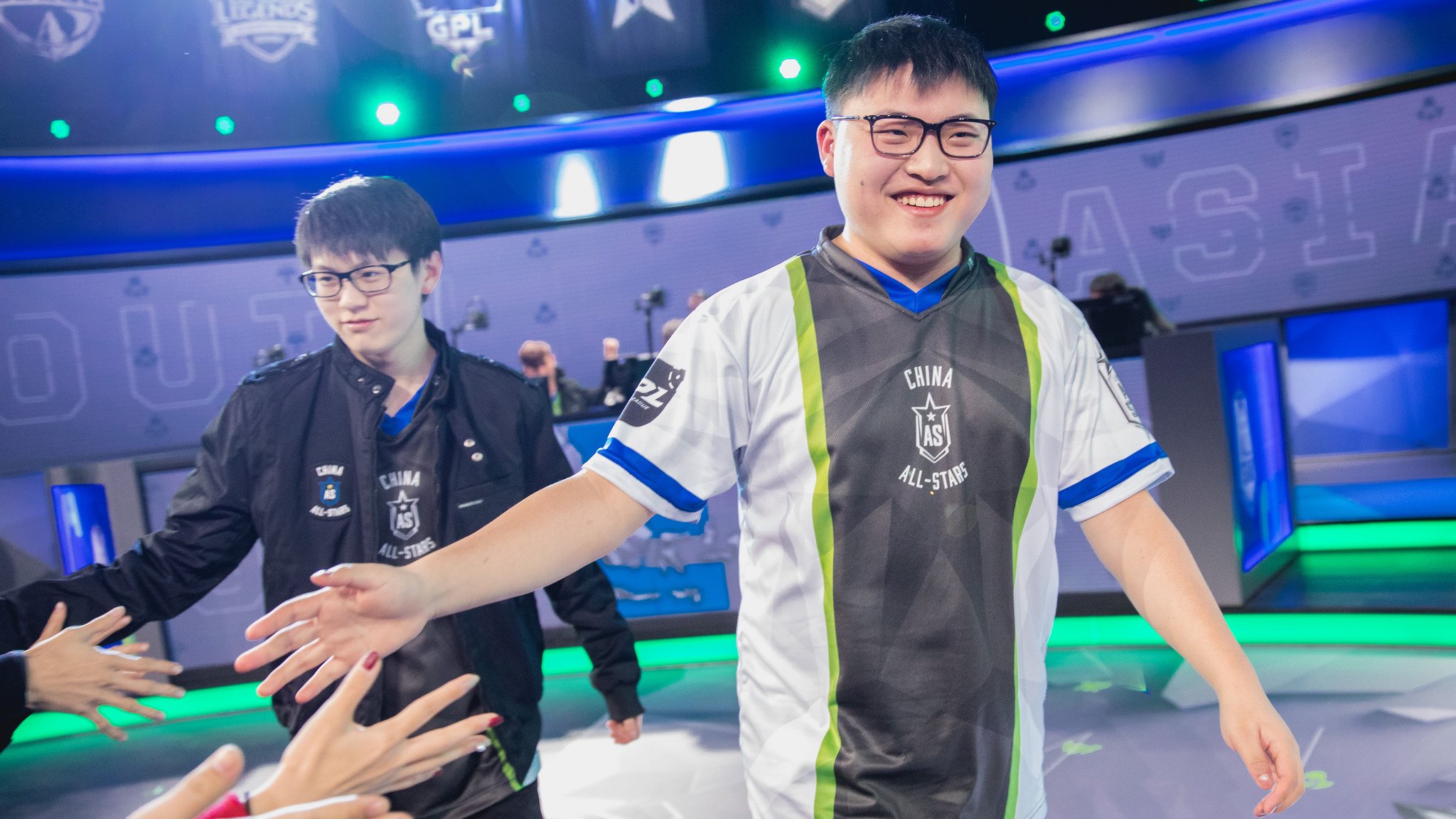 That was probably Team WE’s Jin “Mystic” Seong-jun. In fact, UZI was even benched from his own team during the Summer Split while he recovered from a wrist injury and suffered from drops in mentality and form. There were signs that the veteran player was finally nearing the end of his career.

But he started carrying again at Worlds, and so far at the All-Star Event, he has shown the world why the Chinese fans still adore him and why they voted him into the tournament. The LPL side has been fantastic, but UZI has been even better in the one-vs-one tournament. As the defending champion, he has a target painted on his back, but that has so far only made him play better.

UZI’s latest victim was Brazil legend Felipe “brTT” Gonçalves. BrTT sent crowd favorite Zachary “Sneaky” Scuderi home on Thursday in an extremely close match. But UZI seized control of their quarterfinals match from level one and never let go. He burned through brTT’s summoner spells and doubled him in CS after their first recalls.

BrTT never found the right Miss Fortune ult to turn the tide, as UZI’s choice of the Biscuit Delivery rune kept his health topped off. Eventually, the best Miss Fortune won on an insurmountable minion lead.

Uzi’s next match will be against another star AD, the winner of the last quarterfinal between Korea’s Kim “PraY” Jong-in and Europe’s last hope, Martin “Rekkles” Larrson.