The Dreadnought’s abilities were changed significantly on the PBE. 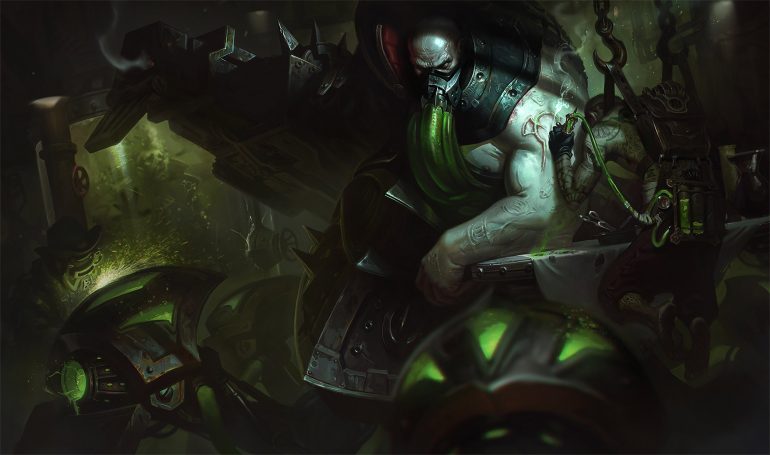 One of League of Legends‘ most-played top lane champions, Urgot, will be getting some big-time changes to his kit on the PBE.

Urgot players will now have to change how they play out the laning phase, as well as how they engage enemies in the late game. This is due to the significant changes Riot is handing out to his W and E abilities.

His W ability, Purge, will no longer shield himself and instead will have its mana cost lowered from 65 to 40. The ability’s cooldown has also been drastically reduced, going from 17/15/13/11/9 seconds to 8/6/4/2/0. At max rank, Purge has no cooldown, so hold down the trigger and fire away in the late game.

Meanwhile, Urgot’s shield has now been switched to his E ability, Disdain. Its damage has also been adjusted so it’s stronger in the early game, but a little bit weaker late. Disdain has also gone from a flat 50 mana cost across all levels to 50/60/70/80/90 mana per level.

By moving the shield to his E, Urgot players will have to be much more careful when deciding to trade in lane. When the shield was on his W, people could simply spam the ability in lane while also not having to worry about taking too much damage. By choosing to engage with E, both Urgot’s defensive abilities will now be on cooldown, adding a bit more risk for the reward.

Also, Urgot’s iconic ultimate is getting a huge buff in terms of its effective range. Fear Beyond Death’s range has been changed from 1,600 units to a whopping 2,500 units, making it that much harder to run away from this terrifying titan. We will need to see if these changes will help improve his play rate, which has nosedived since Patch 9.4.